In the dry deciduous forests of Central India and the Chota Nagpur Plateau, come April, a delicious scent fills the air. Sweet, nutty and reminiscent of aged basmati rice, this fragrance is awaited by indigenous people and other members of the ecosystem. Everyone wants their share of the mahua Madhuca longifolia blooms. The next few weeks bear witness to a free-for-all gluttony attended by the entire forest community: langurs hastily eat the flowers, dropping some for the deer and wild pigs below; frugivorous birds temporarily switch their diets to include these flowers; and of course, humans collect fallen flowers, sweeping the forest floor clean. Anecdotal accounts from villagers even tell of elephants being lured by the scent of fermented mahua, which is then distilled into a strong local liquor. It doesn’t stop there – in a few weeks, as the seeds begin to ripen, flying foxes and bats will pluck them off the branches, and hornbills will join the frenzy to feed on the fatty seeds within.

The mahua is a coveted keystone species that flowers during late spring and summer. Its leaves, flowers and fruits feed birds, monkeys, deer and wild pigs; it is also a delicacy for humans, who produce flour, oil and wine from its flowers and seeds. Photo: Public domain/Yann.

What makes the mahua so coveted? The answer may lie in the role the tree plays in the ecosystems where it grows. In its native dry forests, food resources are scant throughout the year, but especially during late spring and summer. It is precisely during these lean months that mahua flowers and fruits provide the ecosystem with a nutritional buffer. The same phenology has made it popular with local people, who grind the dried flowers into a coarse flour and extract a cooking oil from the seeds (giving mahua the moniker ‘butter tree’). In times of plenty, these are festive foods, but in times of hardship, they are famine foods that prevent starvation. Mahua yields are also cyclical – being particularly abundant every two or three years, allowing the whole ecosystem to undergo a ‘reproductive surge’, helping to stabilise the populations of many species that depend on the trees. In essence, this elevates the mahua to the status of a keystone species – one that has a significant effect on shaping the functioning of an ecosystem. Processes such as pollination, dispersal and inter-species interaction are dependent largely on the flowering and fruiting of mahua. By extension, this also means that should mahua numbers decrease, or its reproductive patterns change, there would be major bottom-up effects on these cardinal processes. 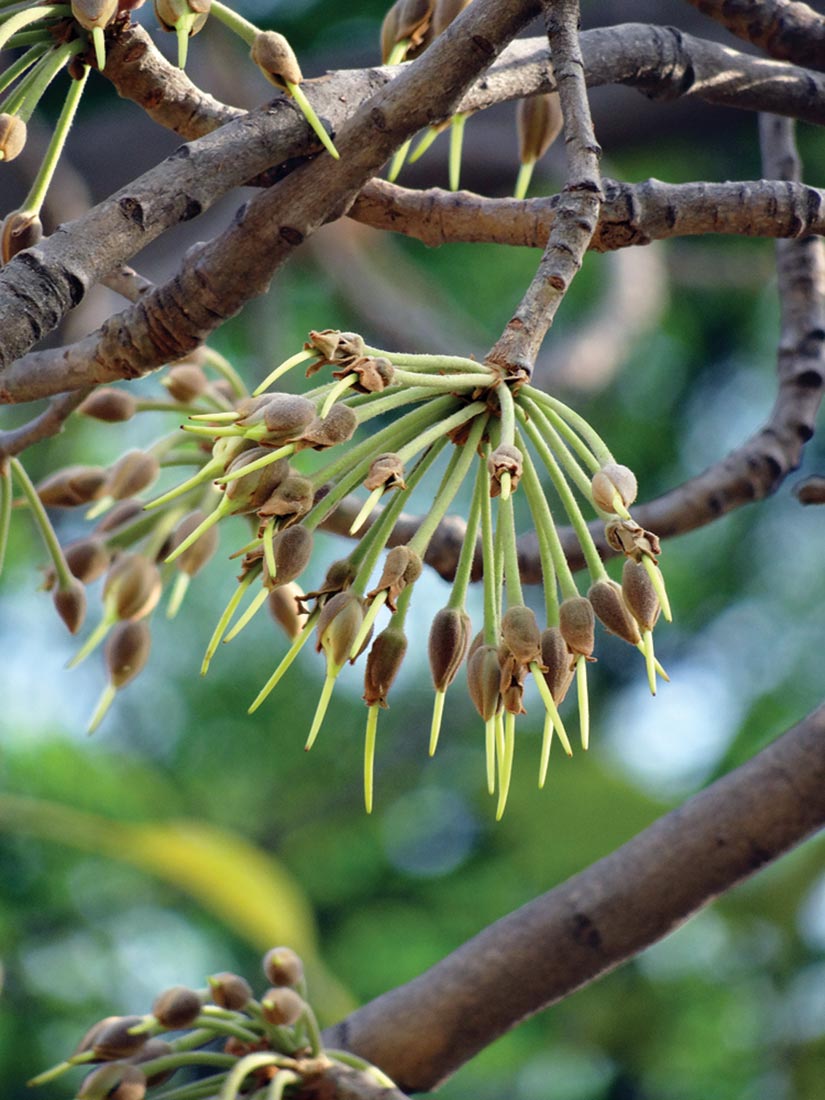 The mahua is a coveted keystone species that flowers during late spring and summer. Its leaves, flowers and fruits feed birds, monkeys, deer and wild pigs; it is also a delicacy for humans, who produce flour, oil and wine from its flowers and seeds. Photo: Soham Kacker. 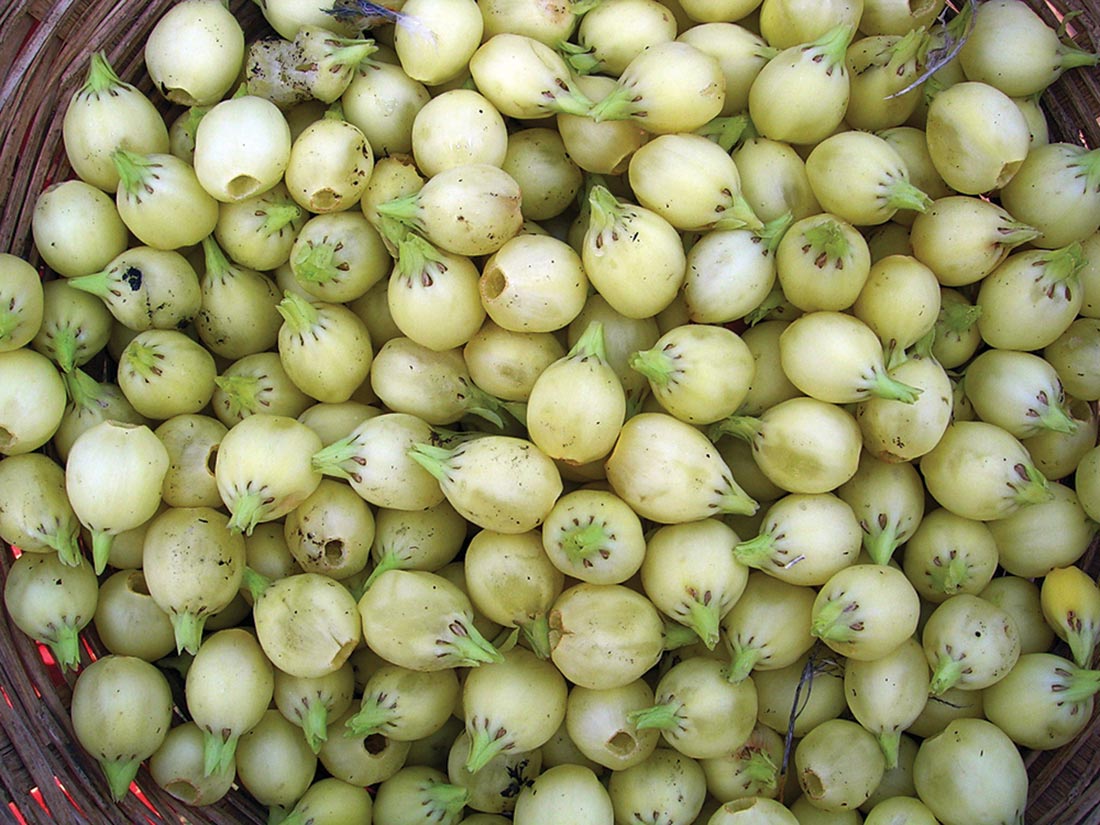 The mahua is a coveted keystone species that flowers during late spring and summer. Its leaves, flowers and fruits feed birds, monkeys, deer and wild pigs; it is also a delicacy for humans, who produce flour, oil and wine from its flowers and seeds. Photo: Public domain/Wikipedia.

These are precisely the kind of changes some scientists fear may be occurring. As the intensity of mahua collection increases, certain practices, which were employed cautiously have become more widespread – such as burning and sweeping the forest floor to clear it for collecting flowers. Needless to say, this radically alters the understory, and negatively impacts the regeneration of mahua and other trees in the forest. In the absence of active regeneration (one of the key parameters used to assess forest health), the stability, complexity and longevity of dry deciduous forests is undermined. Climate change has also been implicated in altering mahua phenology, with flowering sometimes occurring later, but usually earlier than is normal. This may cause some of the many relationships, which bind mahua to other organisms in the forest, to fall out of sync. As a charismatic keystone, mahua is an apt example of the commonalities, which bind humans and all other creatures in the ecosystem – and the sweet rewards we can collectively gain if we ensure their preservation. 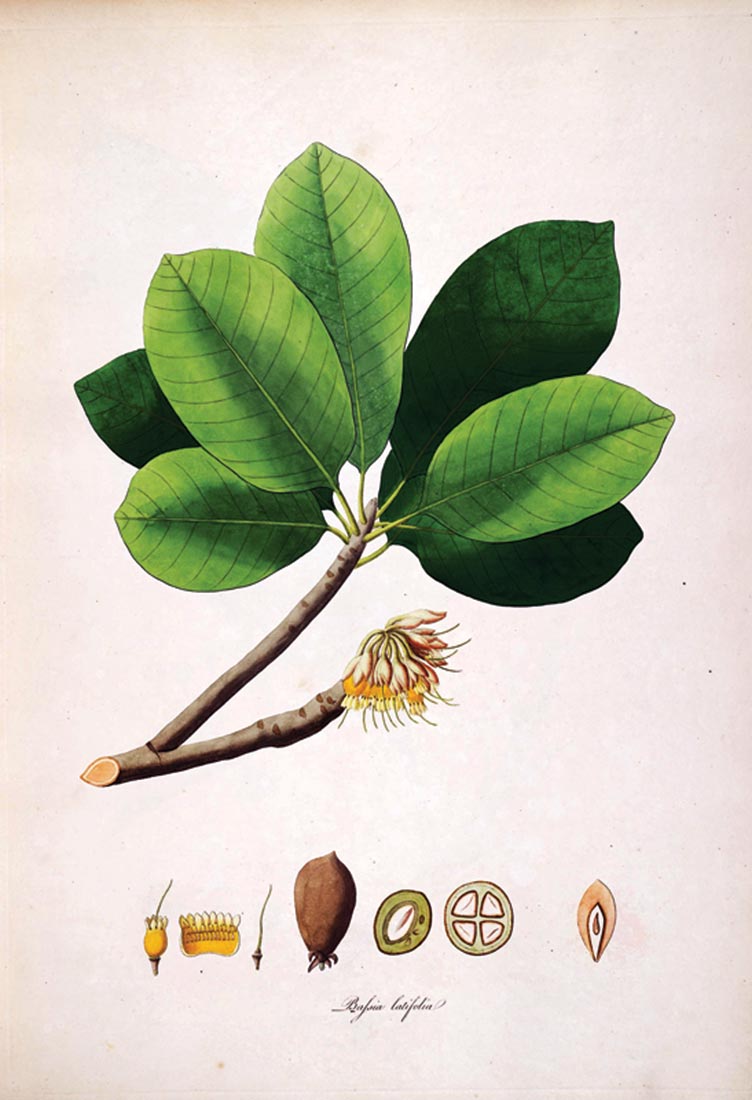