Mites, Mange and Misery in the Desert

The miserable, hairless creatures in the image above is a fox in the Thar desert that is suffering from sarcoptic mange, caused by the parasitic, burrowing sarcoptic mite. Diseased animals suffer from dramatic fur loss, inflammation, and agonising irritation, all of which can lead to secondary problems such as dehydration, impaired thermoregulation, maggot wounds, loss of appetite, injuries, and even death. Worryingly, sarcoptic mange is highly contagious.

Sanctuary's Mud on Boots Project Leader Radheshyam Bishnoi documented these individuals in the Pokhran region of Jaisalmer, and has rung an alarm, noting an increasing number of cases in wild animals. Radheshyam reports that he has come across the dead bodies of six foxes, badly infected by mange, in the past few months. He has also documented several live individuals suffering from this disease. 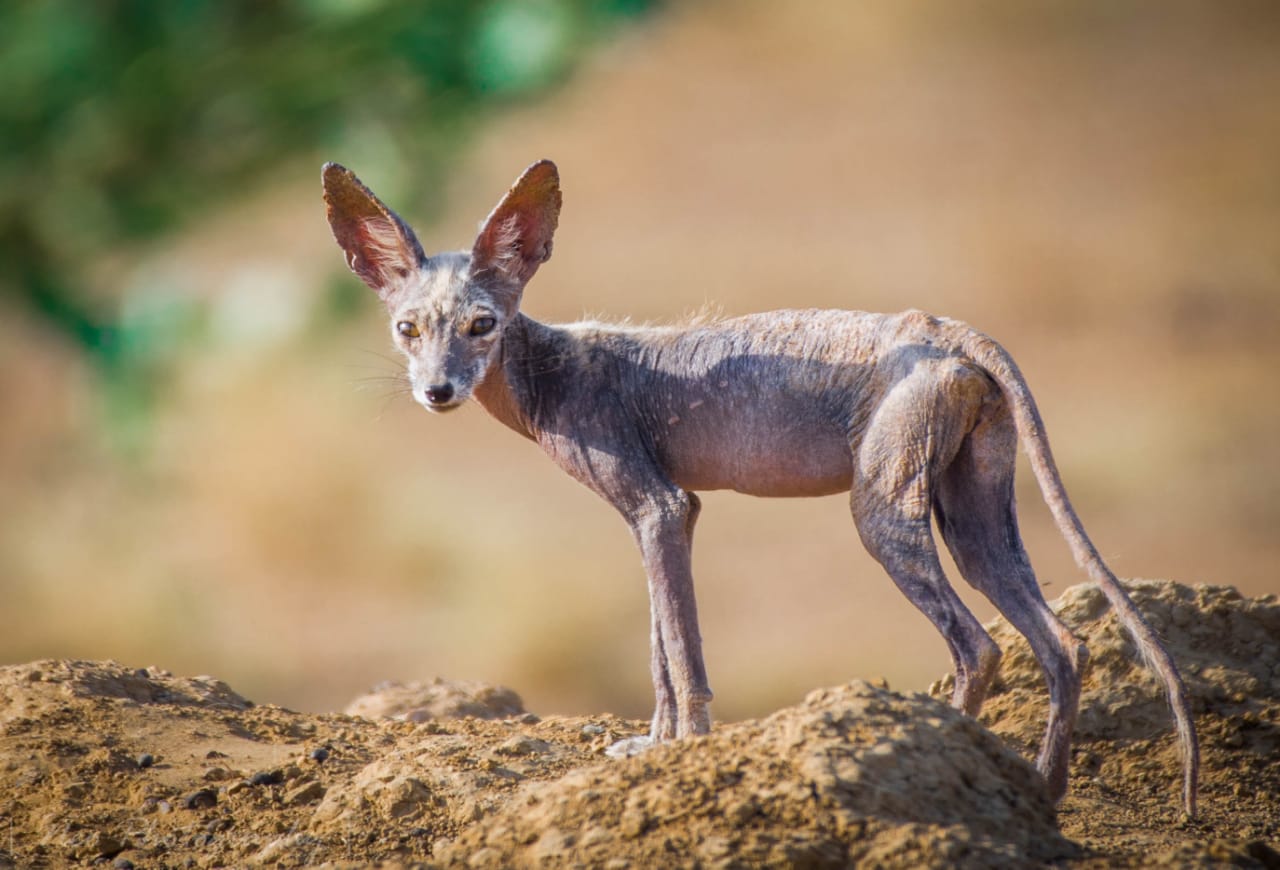 Speaking to Project Coordinator Neyi Jamoh, veterinarian Dr. Dinesh Vinherkar shared that the disease is normally seen in a small percentage of wild populations but the numbers implied by Radheshyam are concerning. The treatment of wild individuals infected with sarcoptic mange is a difficult task given the logistics involved. However, when severely infected animals are left untreated, they end up losing their life due to reduced fitness for survival in the wild. And the carcass may further spread the disease to domestic animals and/ or wild animals, that come in contact with it. Therefore, research in the direction to identify sources and nature of the spread of the disease is an important step that needs to be taken to control the same.

In light of Radheshyam's observations, Neyi has written to the APCCF, Rajasthan, requesting his intervention. Her letter, below, was copied to members of the Animal Welfare Board of India and the Ecology, Rural Development and Sustainability Foundation (ERDS), Rajasthan.

I work with Sanctuary Nature Foundation, a wildlife conservation organisation that publishes the 40-year-old Sanctuary Asia magazine. Our office regularly receives images of wildlife from various parts of our country including Protected Areas. Attached to this email are images recently received from Pokhran area of Rajasthan that show desert wildlife severely affected by sarcoptic mange.

As per our ground sources, an alarming number of desert foxes infested with this disease are being sighted in and around the Desert National Park, and as many as six foxes with severe infection have been found dead in the area since October 2021 this year. The occurrence of sarcoptic mange has been recorded from the region since 2006, and ecologists working in this landscape have pointed out that the percentage of infected individuals has been rising ever since. Sarcoptic mange is a highly contagious, ectoparasitic disease caused by burrowing mites. 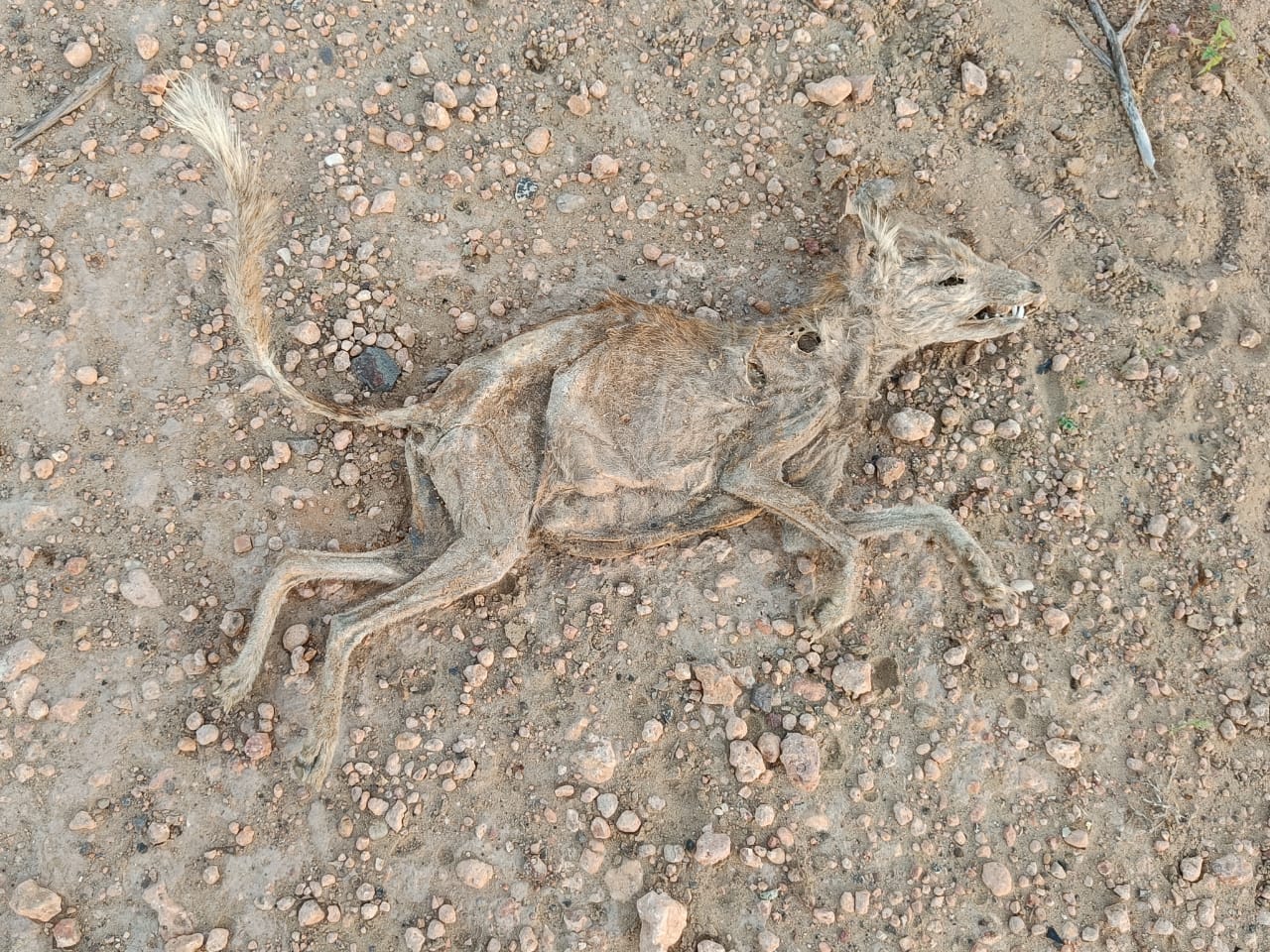 Given that the State Forest Department of Rajasthan in their Wildlife Census 2019 report has stated that the region is home to a sizable population of around 1,000 foxes (Indian fox and desert fox), this is a matter that needs immediate investigation. Though sarcoptic mange is curable, it can be fatal if left untreated. Severely infected individuals end up losing their lives because of the intense itching caused by the mites, a lack of appetite to hunt and maggot infestations on the deep wounds that result from continuous scratching. After death, the carcass of impacted individuals may further spread the disease if/ when live animals come in contact with the same.

In the light of this situation, I urge your office to address the issue with input from relevant veterinary authorities and conservation organisations. A planned study and subsequent interventions may well be the need of the hour.

We appreciate the work carried out by your office to promote the welfare and conservation of animals and habitats in Rajasthan. I look forward to a response on this matter.