Owls Of The Forests Edge

It looked like just a few random vertical poles stuck in between carefully-planted paddy fields adjoining the Kalakad-Mundanthurai Tiger Reserve. The poles were crudely fashioned and topped with flattened pads of hay, stuffed into polythene or white cloth bags.

We found that this was a traditional practice that had been followed in the past and farmers pitched these poles as a wishful gift to owls from the surrounding forests, welcoming them to feast on the rats and bandicoots that might otherwise damage their crops. The poles served as perches from which the avian predators could spot their quarry and launch attacks. The farmer, in turn, was saved from using toxic rodenticides or depending upon rat-trappers to safeguard his crops. 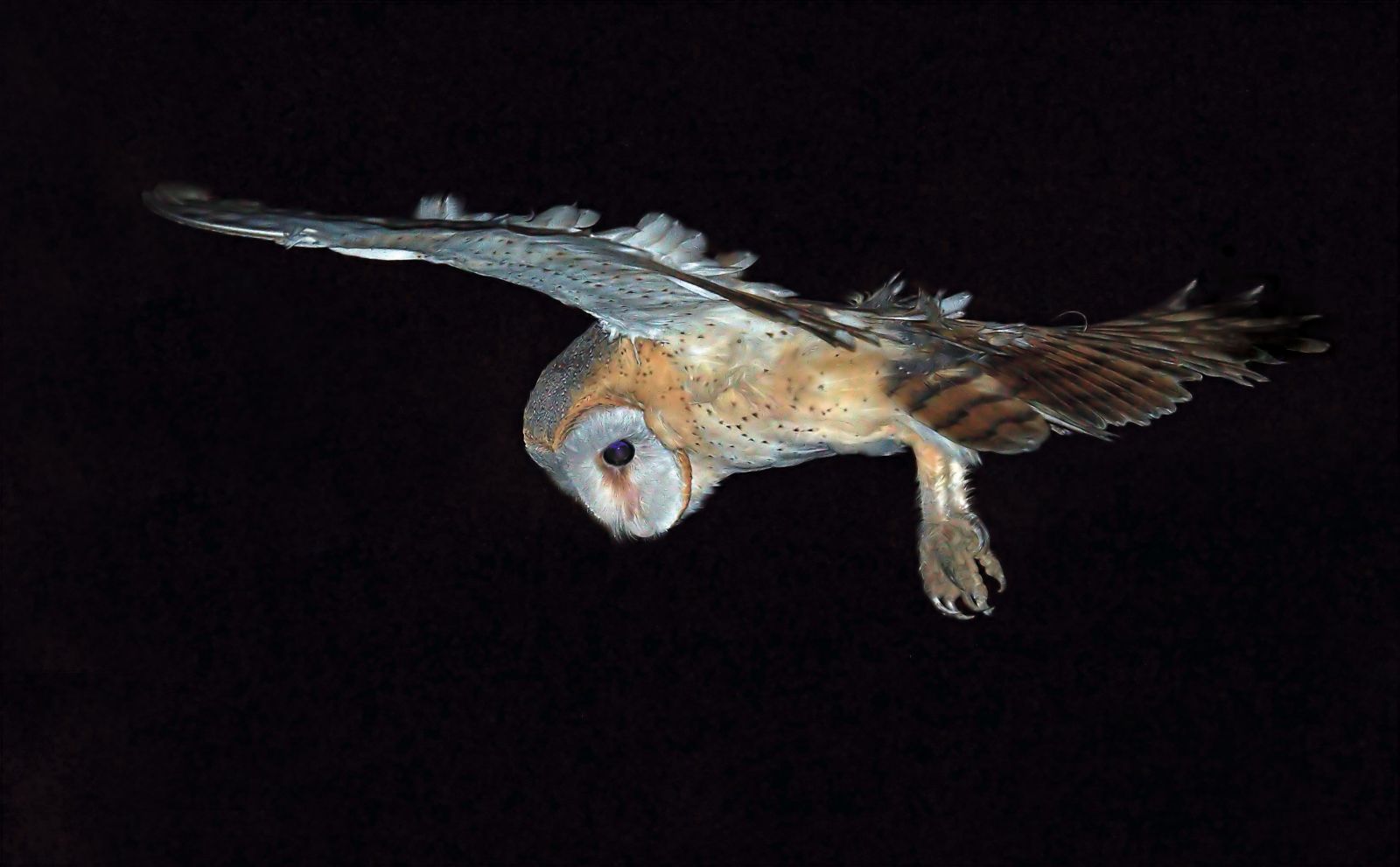 Like other owls, the Barn Owl Tyto alba is an efficient hunter and prefers rodents and other small animals. The bird inhabits open country, farmlands, grasslands with surrounding woodlands and even our towns and cities. This species was rarely encountered by the authors in the study area.
Photo: Mansur Ahamed.

We wanted to test the functionality of these perches to find out more and learned that this once-common practice is being abandoned by younger farmers. Local farmers spoke about the interest expressed by some government departments in reviving the practice. They also expressed dismay that owls were not as common in their fields as they once were.

This is what triggered our study. After a few recces along the forest boundary we spotted owls basking in the evening light and sought help from the National Geographic Society to explore the ecological services rendered by these raptors. To our delight they agreed and after identifying several, we began to spend night after late night in the hope of meeting these useful night rovers.

We chose what was likely to be a regular haunt of the owls and placed the recorder several hours before the birds possible arrival amidst boulders near the forest. Apart from the Indian Eagle Owl, we knew from our recces that Mottled Wood Owls and Barn Owls were in the area, though we had no information on how common they were.

Our modus operandi involved playing back a single monotonous greeting in the hope that it might evoke some response from the owls. An Indian Eagle Owl did not disappoint us and our motley group was delighted to hear its haunting “bu-bo" calls.

Subsequently, survey routes were drawn to mark points at fixed distances to look for owls in pitch darkness at the forests edge and in adjoining paddy fields. We often heard hollow resonating calls near the long-drawn routes along a canal that received water from the forests. Often we spotted owls flying in the moonlight against the silhouette of forested hills. 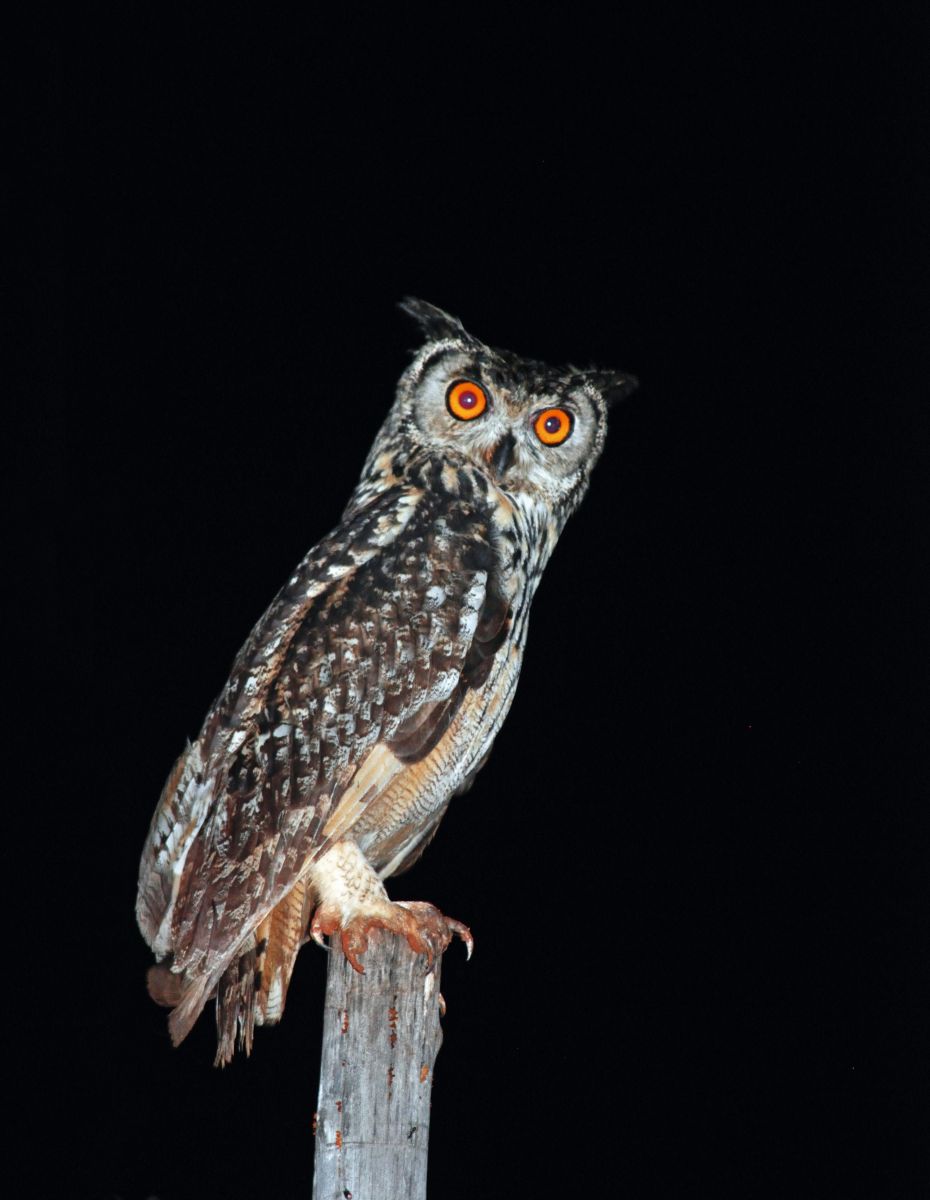 Like other owls, the Barn Owl Tyto alba is an efficient hunter and prefers rodents and other small animals. The bird inhabits open country, farmlands, grasslands with surrounding woodlands and even our towns and cities. This species was rarely encountered by the authors in the study area.
Photo: Mansur Ahamed.

There were other signs of life in the darkness all round us during our surveys - the grunt of a bear, the snort of a sambar, the twittery calls of the nightjar, the disappearing banded tails of civets, wobbly jumps of black-naped hares, a slithering python and coiled-up vipers. Peafowl and Pied Cuckoos, deep into their slumber past sunset, responded with alarms to the owl playbacks, reminding us to be frugal with the calls, which we played very selectively, for something like two minutes and not more than twice at one place in a year!

When the amplifier and the speaker needed repairs and the calls were played in broad daylight in the field, White-headed Babblers would respond by mobbing the speaker with their chuckling, twittery calls. They would soon be followed by crows and sometimes we got loud and angry barking bursts from dogs in the human-dominated areas.

During the survey, even though the bu-bo call of the Eagle Owl was heard widely around the northern edge of the Kalakad-Mundanthurai Tiger Reserve, the Mottled Wood Owls restricted their patchy presence to some thickly-wooded plantations. The Barn Owl, on the other hand, even had us celebrating the sight of an unfledged bird on a fig tree by the roadside. They had been heard just three times in two years. If the roads along the canals gave us easy access to the forest, the places without canals offered a different challenge; we had to take circuitous routes through villages to reach the forest boundary. In most cases, the Bubos showed up over a large, dry area; even around paddy fields located four or five kilometres from the forest. Ceremonial poles, erected along the roads, to provide light and music for ceremonies and fests, were also favoured perches for owls.

The Brown Fish Owl which prefers streams, ponds and rivers was often encountered, squatting on the sandy canal bed, when the water was shallow. The rains were no deterrent to the foraging owls and we even spotted one on the roadside, in the pouring rain, gobbling up toads crossing the road.

We joined the field staff of ATREE in collecting information from the professional rat trappers, who used country-made traps made of rubber and bamboo to snare the rats. We followed these with a series of interviews with farmers in the study area and adjoining dry lands to understand perceptions and associated methods. We also analysed the economic and labour investment and role of rodenticides. The results were intriguing and led us to try and figure out such answers as what the right time was to erect perches, what designs, whether there were enough rodents to attract the owls and also why certain owl species responded more easily than others. 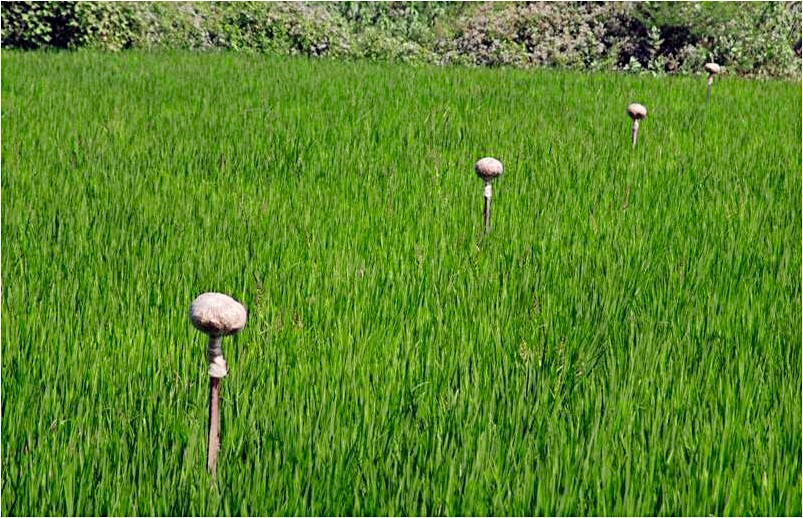 The authors study was triggered on observing poles stuck by farmers in paddy fields to provide perches for owls adjoining the Kalakad-Mundanthurai Tiger Reserve, inviting them to feed on rats and bandicoots.
Photo: Prashanth M.B.

Since it was challenging to detect the occurrence of owls in the standing paddy areas and cold nights spent on rocks near fields added little information, we set up baits to detect rodent presence. We also set up camera traps near perches. These largely revealed babblers, crows and our own field staff - everything except rodents and owls!

Another ploy we used was to leave plasticine or modelling clay on owl perches and fence posts. After nearly three days, a kingfisher paid a visit. One morning, we woke up to a cacophony of birds - only to find a solitary babbler pecking at the perch. We knew that owls were bigger and heavier than these little visitors and had put up more clay on fence posts. Finally, after almost a week, we found serrated marks of an owls feet on the clay-topped fence posts in the adjoining paddy fields.

The use of pesticides and rodenticides are considered vital to farmers because they kill the animals that feed on grains and crops. In the process, however, they may also impact the natural predators of rodents including snakes and owls, which may succumb after consuming poisoned rodents. Pesticides also make their way into our soil and water cycle and impact our ecosystems, ultimately affecting human health too. Besides, pesticides become relatively ineffective over longer periods because of the resistance that ‘pests evolve. The result is the application of higher and higher dosages, more and more frequently. This is both expensive and harmful to all living creatures.

We encountered an owl in every two kilometre stretch along the forests edge in most of the northern reaches. However, their occurrence was very patchy in the southern side. Even where the owl was not found in standing paddy or on the perches, they were seen occurring in the vicinity of paddy fields on fence posts and poles.

The main learning from our study of almost two years was that despite habitat changes and quarrying in fragmented hillocks, owls still existed in the forest fringes and visited the vicinity of paddy fields.

Clearly, more detailed studies including the ringing of owls and large-scale rodent monitoring is needed for greater understanding of the interaction. An analysis of scattered pellets from eight to nine locations revealed at least the presence of one rodent jaw bone and multiple jaw bones in a few pellets. The location of the owl roosts were observed in inaccessible cliff faces on hillocks barring a few roosts. 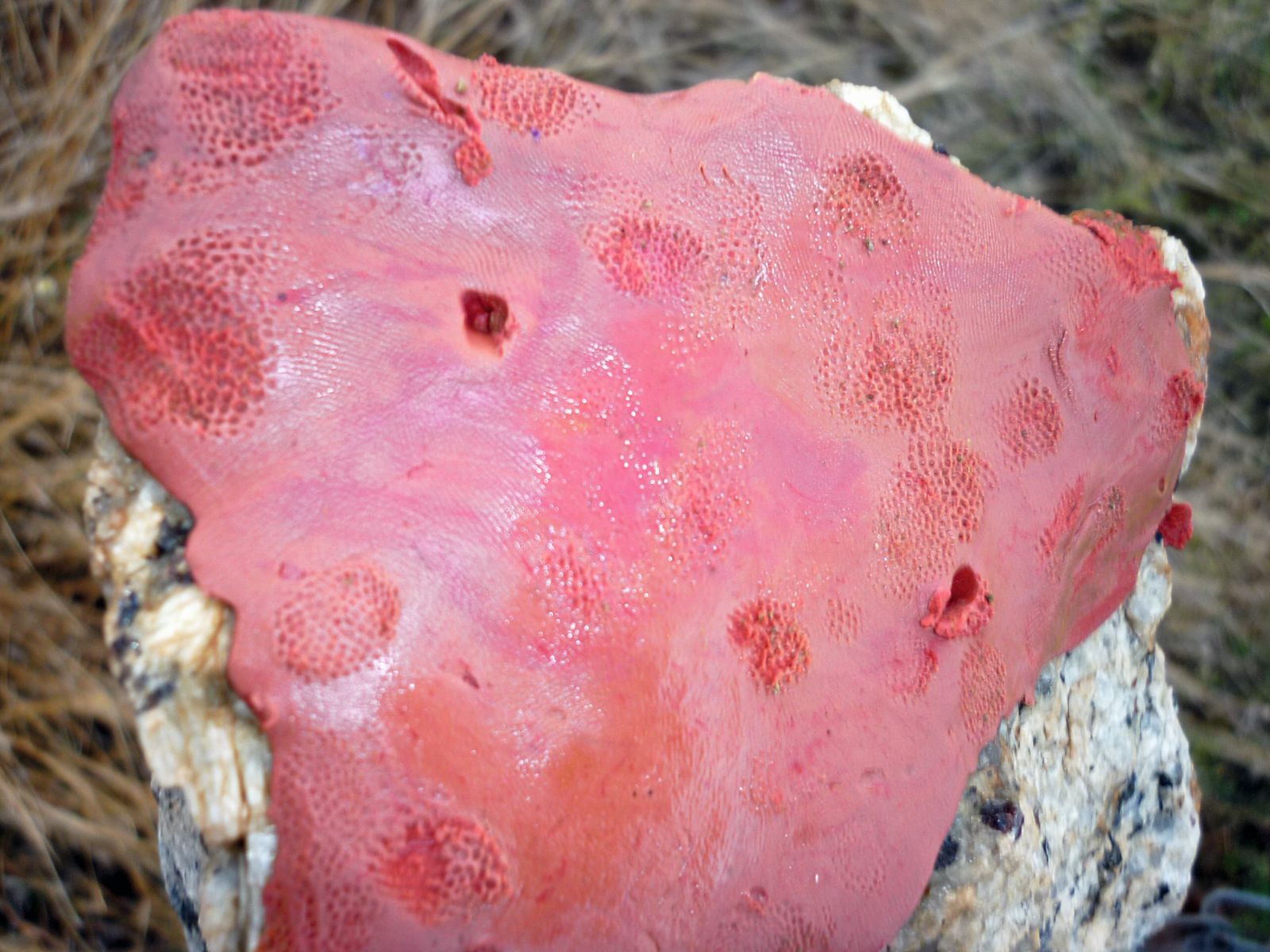 The authors used plasticine clay to find whether or not owls perched along fields. The image shows the serrated marks of an owls feet on the clay placed on the fence posts.
Photo: Cloe Lucas.

The crude bamboo traps often used by farmers to trap rats are also harmful to other birds and animals. Instead, owls can be welcomed by raising a tall standing pole or as realised from other studies, hedge trees planted for manure. We hope that our study will help the agriculture department to disseminate the results to farmers to create awareness on the indirect benefits from owls and help reduce the use of toxic pesticides.

The authors are part of the Ashoka Trust for Research in Ecology and the Environment, www.atree.org