by Shireen Sithara A. and Siva Sankari G.

Nestled in the Western Ghats, the Wayanad district in Kerala is home to a rich biodiversity of flora and fauna, and several indigenous communities who have lived on their ancestral lands in harmony with nature.

Fifty-four-year-old Shantha Raghavan from Pookode, Wayanad, is a wild animal caretaker at the Kerala Veterinary and Animal Sciences University (KVASU) Centre for Wildlife Studies, at the Pookode campus. Previously a labourer at the University campus, her love for animals drew her to caring for rescued animals in 2009. Shantha chechi, as she is fondly called, proved to be a fast learner and picked up knowledge on wildlife handling and care from the experts and students at the Centre. Since then, she has been working tirelessly to rehabilitate injured wildlife, including species like sambar, chital, barking deer, Malabar giant squirrel, flying squirrel, palm civet, small Indian civet, Asian small-clawed otter, bonnet macaque, Nilgiri langur, jackal, wild pig, peafowl, kites, snakes, monitor lizards… the list goes on. Many of them have been successfully released back into the wild, while those that are unfit for release continue to be cared for at the Centre. 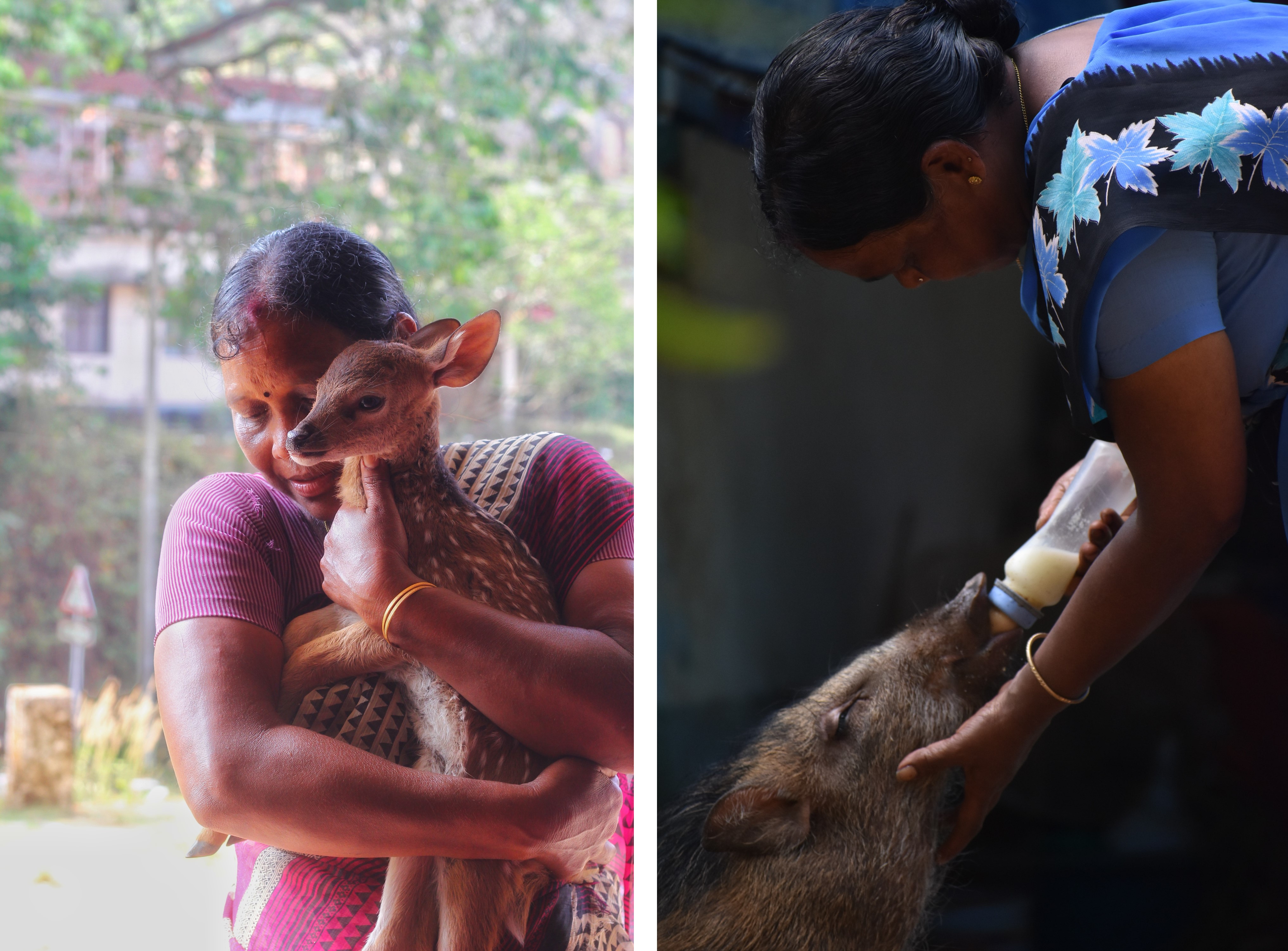 Shantha chechi’s story isn’t unique. Like her, several members of the local community display a deep love for wildlife, and a passion for conservation action.

Is There a Need to Focus on Wildlife Rescue?

Scientifically speaking, an injured free-ranging wild animal may be considered potential prey for a native predator and should ideally be left alone, as is the way of the wild. In fact, many administrators and scientists insist that rescue, rehabilitation and veterinary care of injured wildlife are not priorities in wildlife conservation, which addresses issues that affect only the larger population. But what if the forest itself is collapsing? Excessive land encroachment, deforestation and fragmentation in the name of development have claimed the lives of uncounted animals, leaving many orphaned, injured or without shelter. This should be a matter of serious concern because not only are we losing biodiversity at a faster rate than ever before, but also allowing human-wildlife conflict to rise. According to the Kerala Forest Statistics Report (2018), there have been 7,229 cases of human-wild animal conflict in the state in 2017-2018. 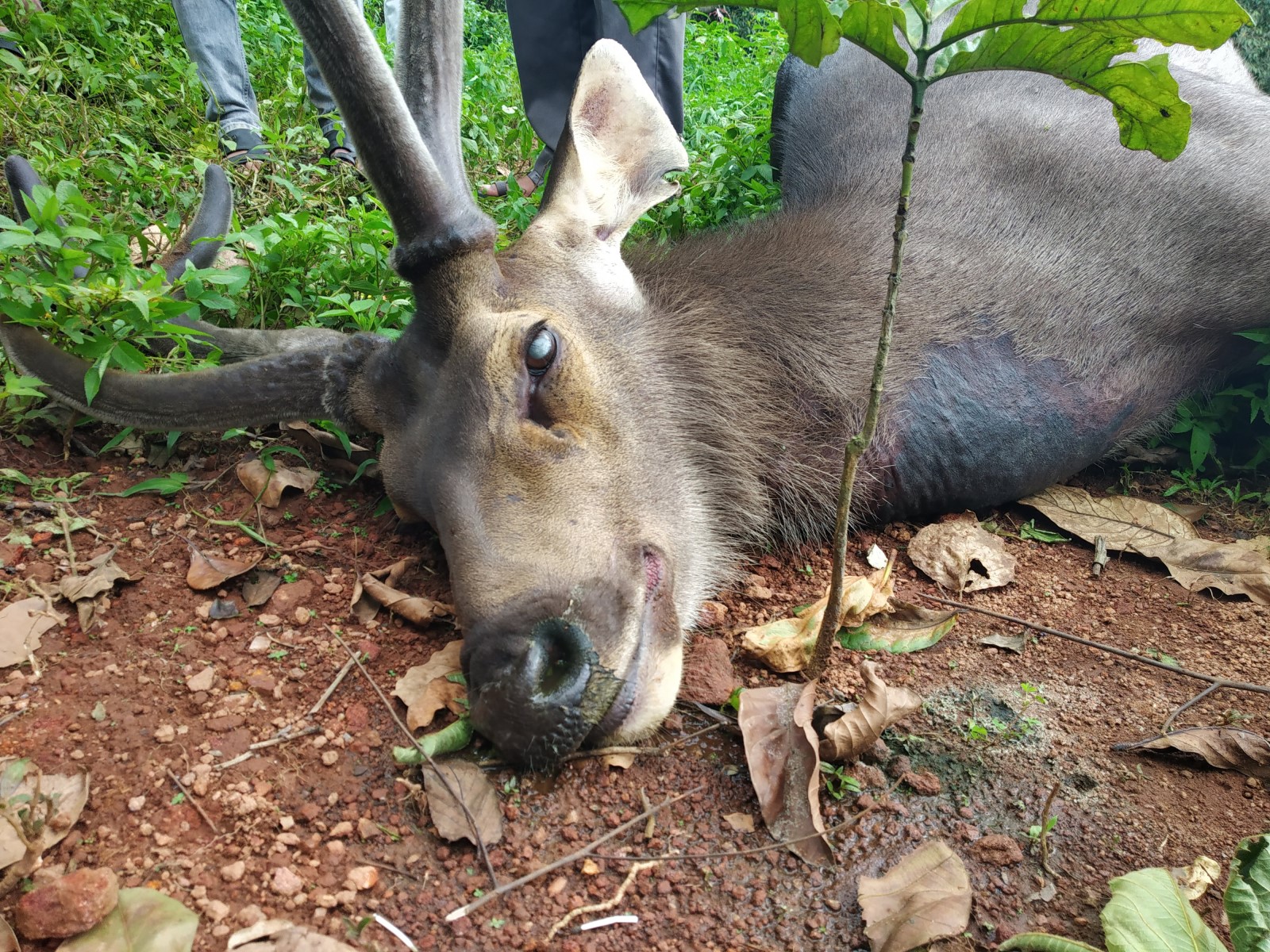 The KVASU team actively works to rescue and rehabilitate injured wildlife like this sambar that was unfortunately electrocuted by a power line in Sugandhagiri, Wayanad. Photo courtesy: Siva Sankari G.

Is there not a need to learn from the gentle, understanding culture of indigenous communities and their tolerance of wild animals to ensure the preservation of our natural ecosystems? We must remember that it is not just administrators and scientists who have played a role in conservation, but also the irreplaceable indigenous knowledge of our tribal communities. They have known for centuries what we know now - that the health of humans, wildlife and ecosystem are inextricably connected. The consequences of ignoring the reality of ‘One Health’ have been evident for decades, especially in the last one year. In his 2012 book, Spillover, David Quammen was not prophesying but pointing out the most probable scientific consequence of our thoughtless actions when dealing with wild animals and their natural habitats.

Though there are a few NGOs, veterinary hospitals, and people working to rescue and rehabilitate wildlife across the state’s wild spaces, Kerala unfortunately still lacks a committed, standard facility. Setting up one that would follow the proper scientific etiquette for the rescue, rehabilitation and release of injured, sick and orphaned wild animals is the need of the hour.

The Challenges of Wildlife Rescue

Perhaps the most challenging part of a rescue might be the release itself because a wild animal habituated to human presence relies on its rescuers for food and protection. An animal that has lost its fear of humans is an easy catch for poachers. 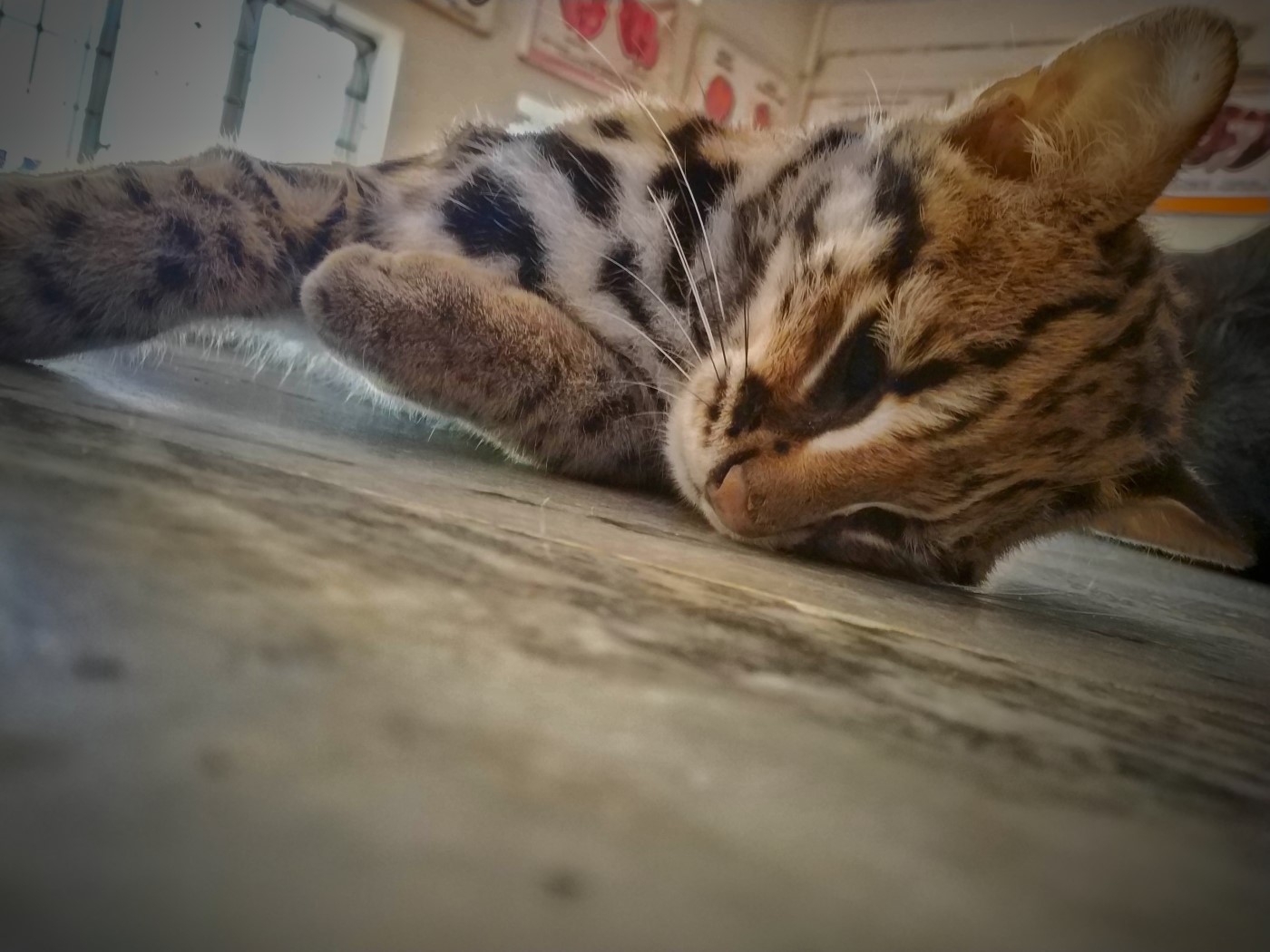 A leopard cat that had fallen victim to a vehicular accident, was brought in to the KVASU centre. Photo courtesy: Shireen Sithara A.

An important factor to be considered is the uncontrolled stress a rescued animal undergoes, which can lead to a potentially mortal condition called ‘stress myopathy’. Many wild animals - especially ungulates, long-limbed waterbirds and other prey species - are highly vulnerable to this condition. Though the animal might seem fine at the time of the rescue, if not handled professionally, it may succumb to stress myopathy.

Every animal rescued should also be screened for diseases. This is crucial in revealing information on microorganisms that exist in the wild, which in turn can help us predict possible zoonotic disease spillovers.

The establishment of such wildlife rescue-rehabilitation centres in Kerala in forest-rich districts like Wayanad can immensely help reduce biodiversity loss due to human interventions and natural calamities. Alongside, these facilities can also provide employment opportunities for people from indigenous communities of these areas, like Shantha, who have already proved their natural aptitude for the tasks involved.

It is only by bringing people from various sectors together that we can achieve something worthwhile. We have the means. We have the people. The question is... Will we take the step before it is too late?

Shireen Sithara A. and Siva Sankari G. are currently pursuing their Master’s degree at the Kerala Veterinary and Animal Sciences University (KVASU) Centre for Wildlife Studies in Pookode in Wayanad district, Kerala.