For two decades, Sanctuary has been organising Oxford Union-style annual debates on issues surrounding biodiversity, climate change and economics. This year, we brought the discussion to our leaders of the future, our youth in educational institutes across India.

The first two rounds were held virtually on February 23 and February 28, 2021. The two winning teams, IIT Bombay and  Narsee Monjee Institute of Management Studies (NMIMS) participated in the final round of the debate on March 17, 2021, which was also held virtually.

"This House believes that Wildlife Tourism has a net-negative impact on Wildlife Conservation."

Speakers FOR the Motion (IIT Bombay) 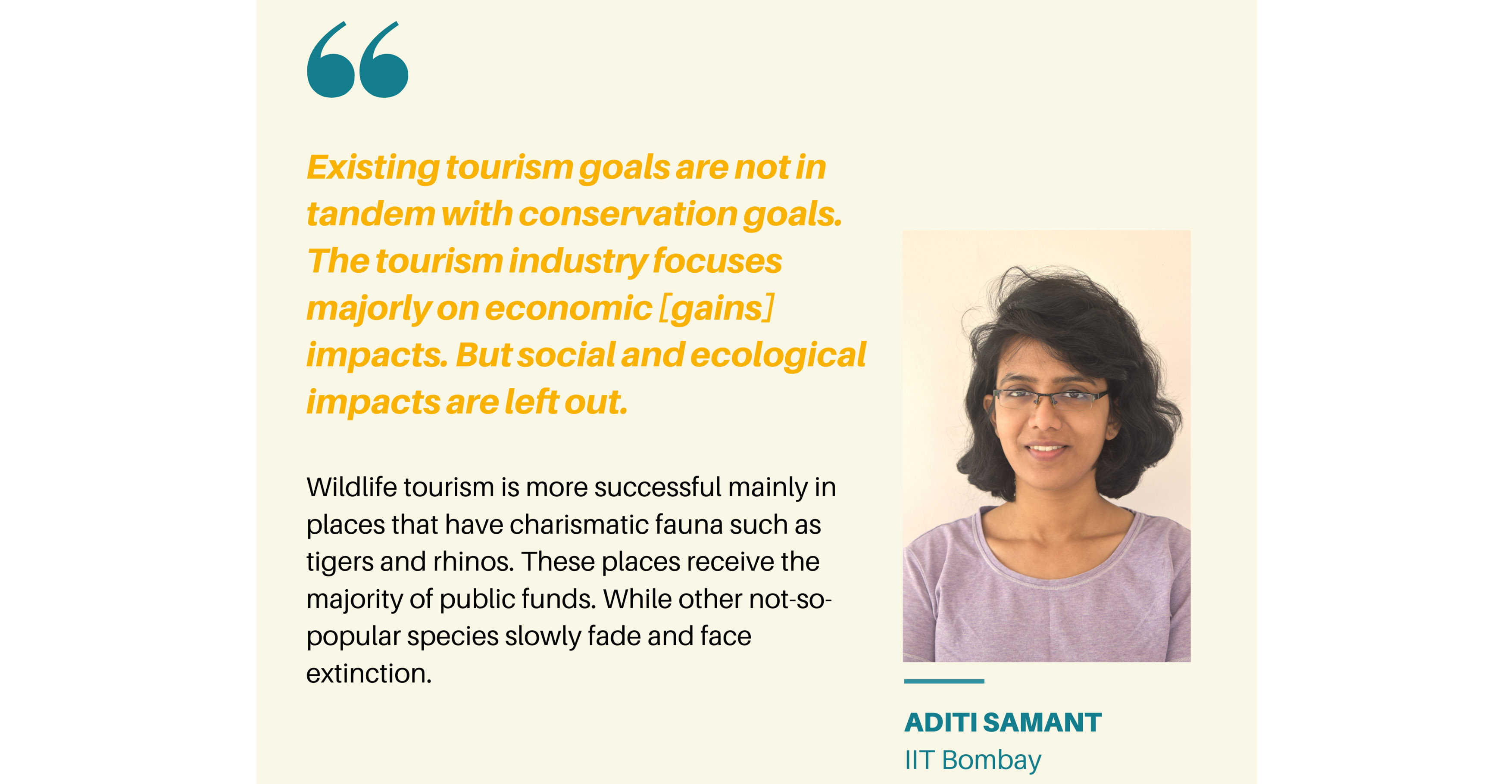 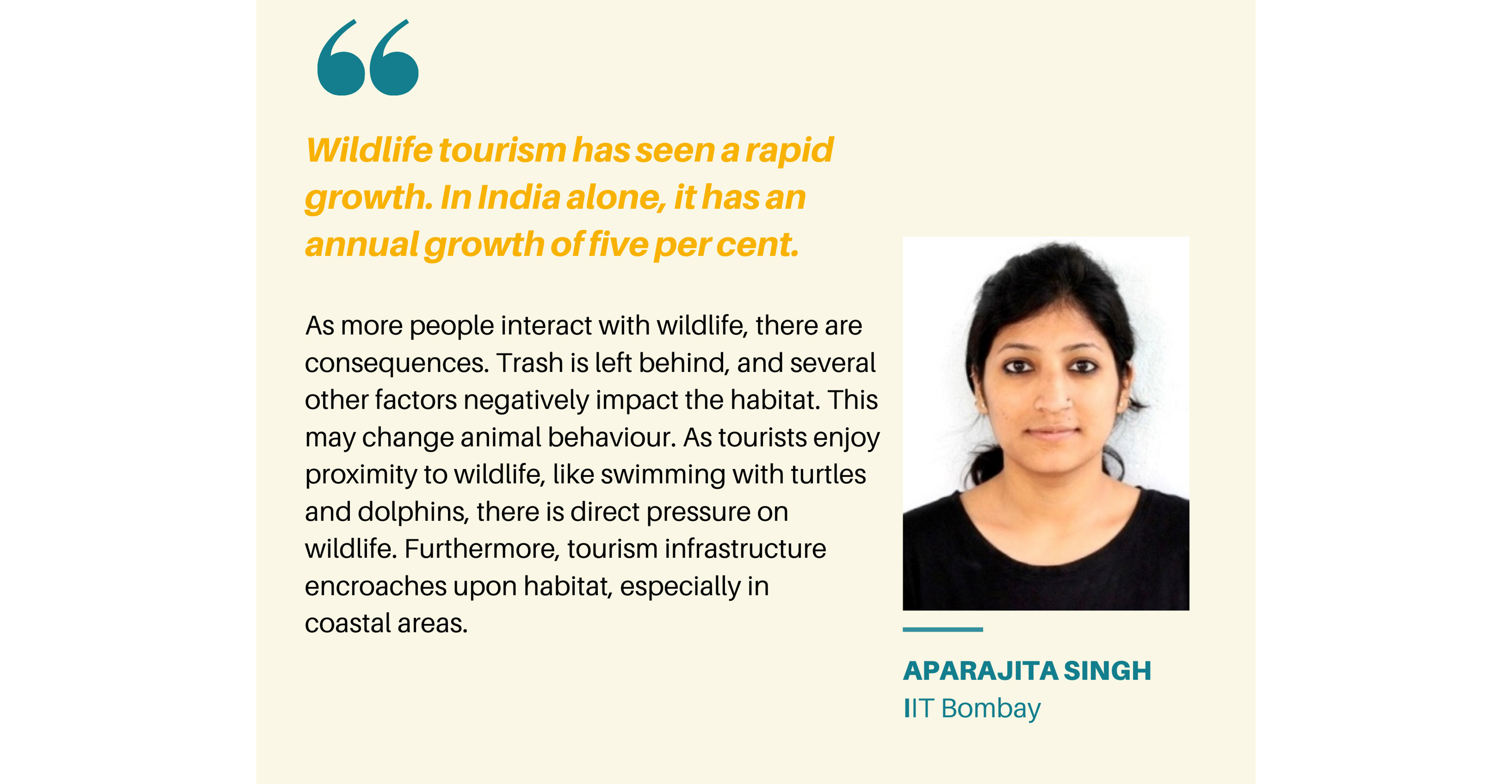 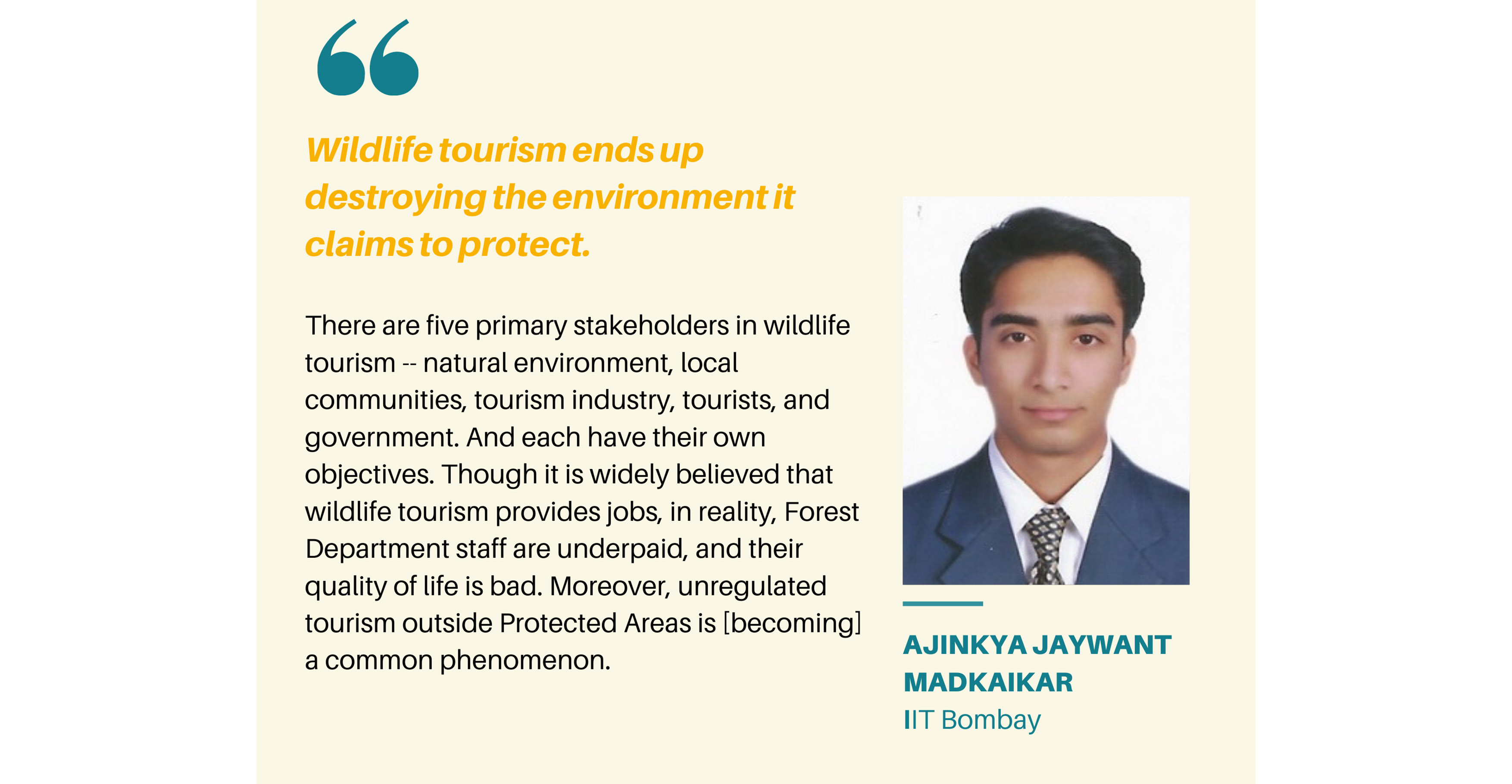 Speakers AGAINST the Motion (NMIMS) 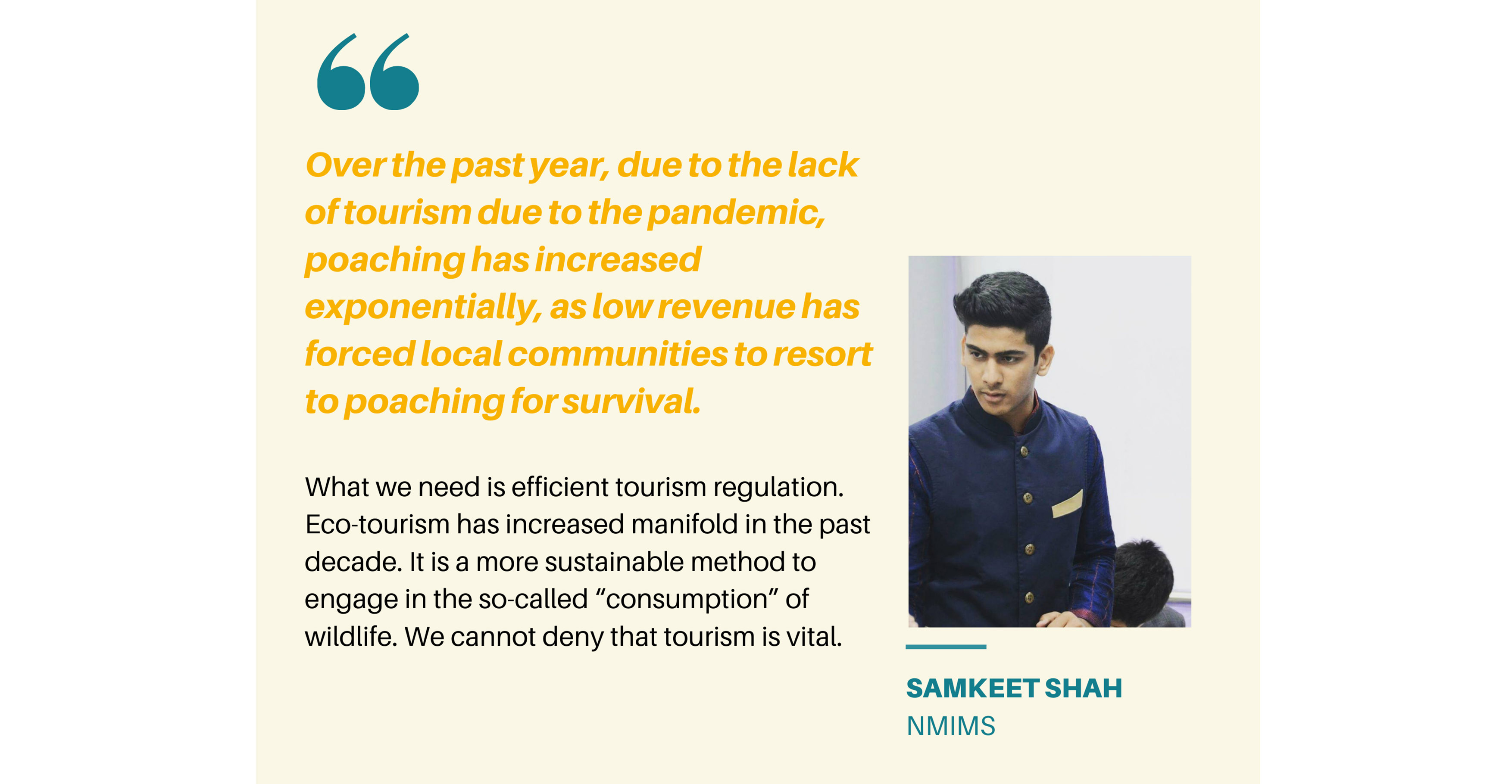 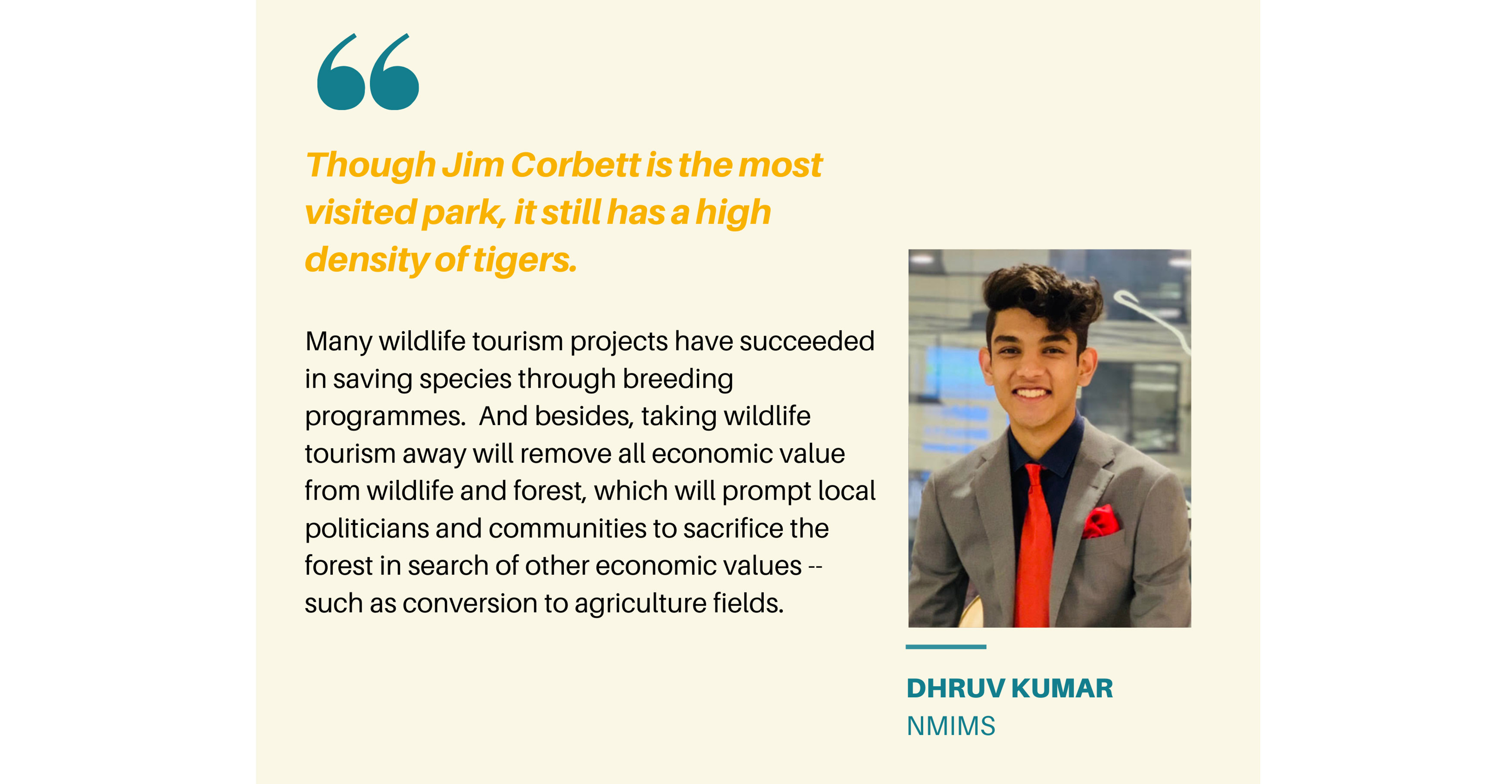 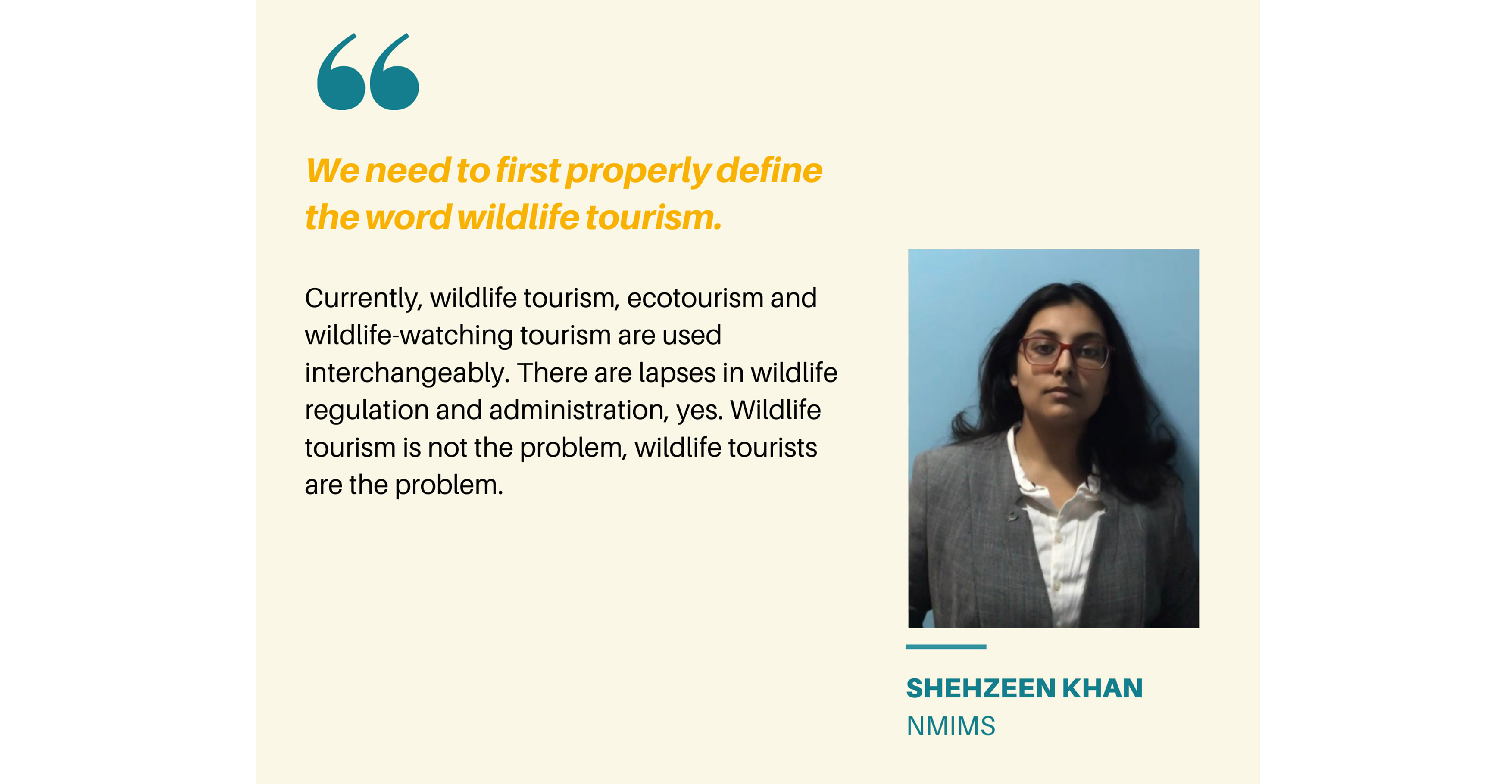 What the Jury had to say

We’re all lovers of nature. To me, it is what binds us together. By debating well, you're showing respect and love for each other.

Many people were very eloquent. I would have liked it if you guys had looked into the Indian examples a bit more. India has shown in the last 10-15 years that we are inching closer to a model that can help the world understand ecotourism. It is very clear that all speakers understand that in this topic, there is no black and white.

IIT Bombay argued extremely well on a difficult stand, and gave very convincing rebuttals. Africa is way ahead than us. Wildlife tourism in Africa generates 50 billion dollars a year, most of which goes to support local people. We haven't got there yet, but i'm quite pro what ‘for the motion’ team were arguing. But we can still do it, I'm convinced of that.

I came in ready to be convinced, but have been left with no clarity on this proposition -- a testament to the fact that both teams were well matched. There was the potential to talk about rewilding, that was a missed opportunity.

The concluding remarks have convinced me to vote for the team against my own personal beliefs. A very educational experience for me to learn about perspectives I didn't know. I was looking forward to quantitative assessments of the situation but felt a lack of that.

I must give a shoutout to Aditi and Ajinkya. Very compelling arguments. I do want to say though that any system we create is prone to corruption or degradation, so we need to look at how to be adaptive in our approach.

OUTCOME
The Jury voted in favour of FOR THE MOTION, with four out of six jury members voting for the team.

However, AGAINST THE MOTION won the audience’s allegiance, with the audience poll counting 60 per cent in favour of the team. 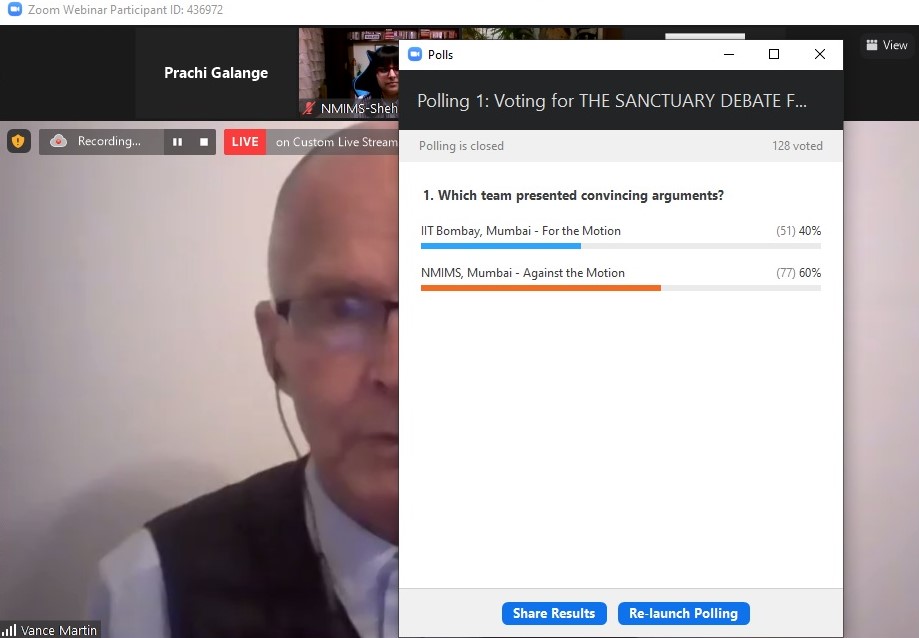