I have never seen a snow leopard climbing a 4.5-6 m. high tree so fast! A thrill ran down my spine at the sight and I stood transfixed for several long moments.

Ladakh is a popular tourist destination and an exciting place for wildlife enthusiasts. Thousands of tourists visit Ladakh, especially to see the majestic snow leopard, a flagship species of the region. People here live harmoniously with nature and poaching is almost nonexistent. However, there has been an increase in human-wildlife conflict in the last few decades in Ladakh. Residents are now seeing snow leopards roam closer to their villages in winter and spring, when most human residents move further downhill.

It was March 31, 2021. That morning, I rushed to my office earlier than usual as I had some field work to do. Suddenly the dogs in the area began barking and the labourers began screaming “Shan, shan!” (the local name for snow leopard). Within a span of minutes, a snow leopard was chased by five dogs up a poplar tree. It was unbelievable! I have never seen a leopard climbing a 4.5-6 m. high tree so fast! 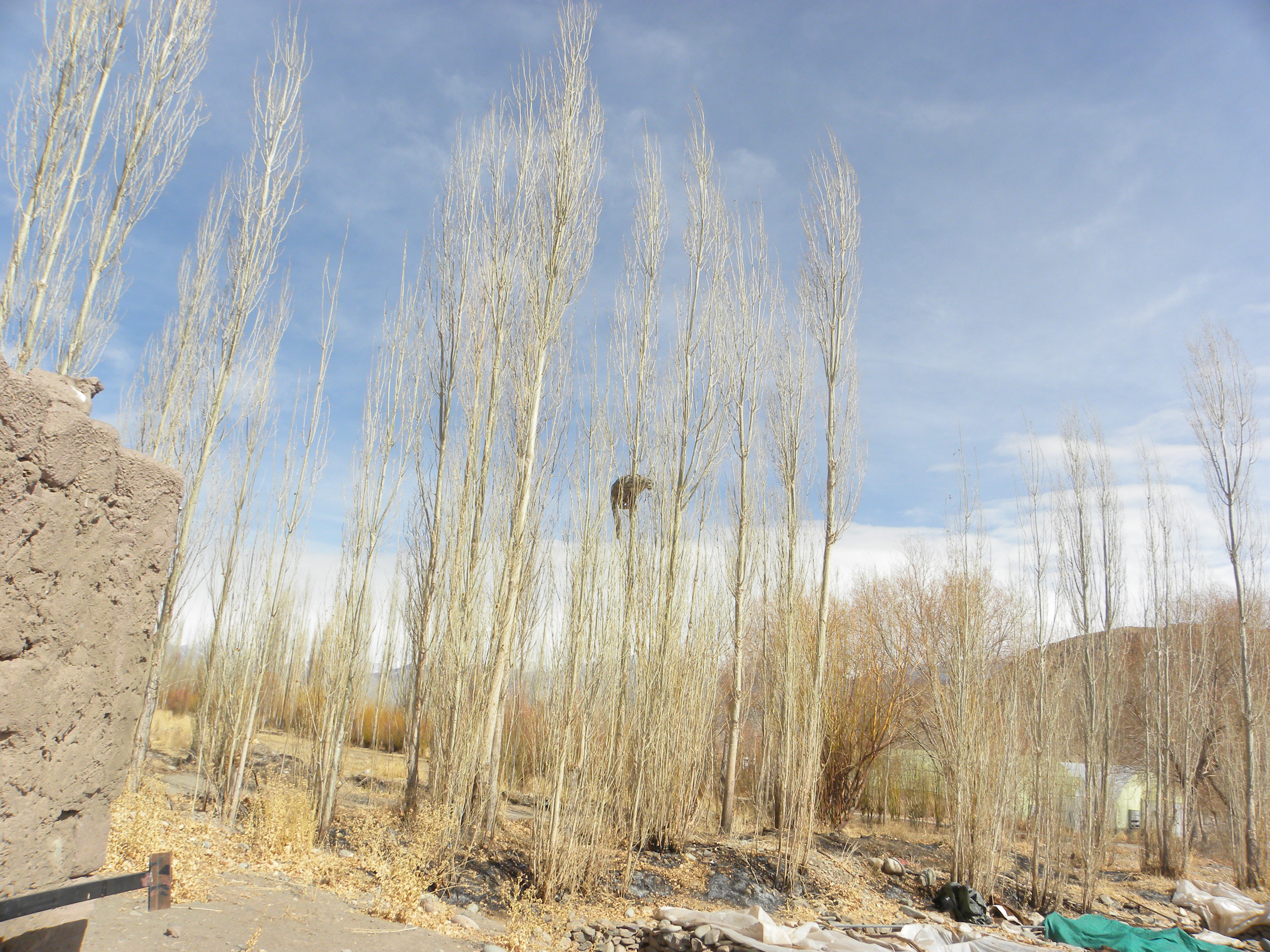 After two hours, a fully equipped team, comprising a veterinary doctor, wildlife guards with a big Mahindra loader and a cage at the back, arrive at the spot. The vet took out his kit, readied the tranquiliser and made a well-aimed shot at the leopard’s butt. Meanwhile, we were told to spread the net to catch the snow leopard. The drugged leopard was slowly losing its grip on the tree and fell down into the net. We carefully shifted the leopard into the cage. The wildlife team assured us that they would treat the snow leopard and let it free in the wild in its own territory. After receiving some minor treatment on its leg, the leopard was released on the same day. 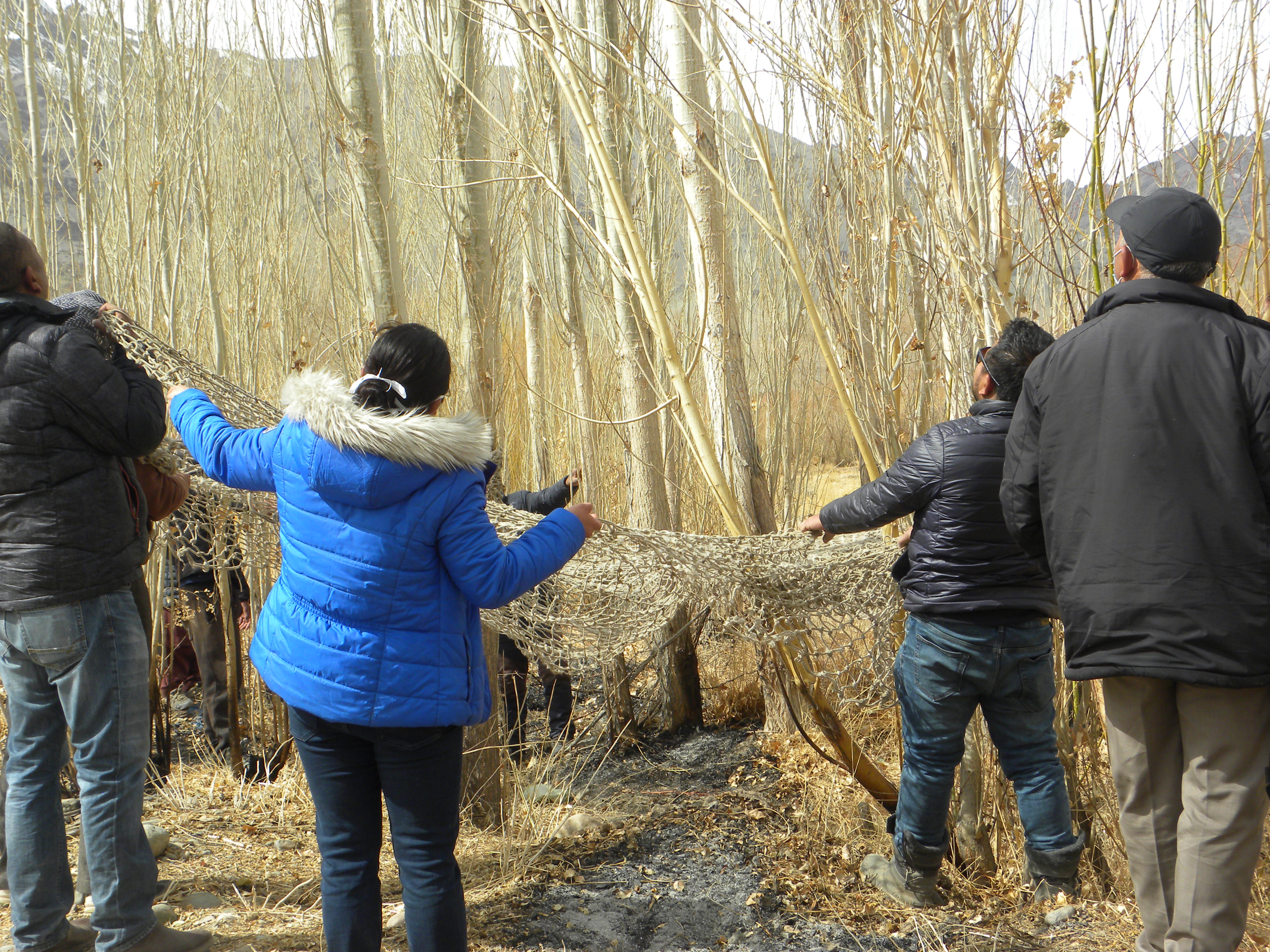 The snow leopard was rescued and released on the same day. Photos courtesy: Dr. Kunzes Angmo.

Snow leopards are the top carnivores of high altitude, cold and arid regions. They live in areas with alpine shrub steppe and riverine scrub vegetation, and broken and rocky terrain above 3,000 m. Their fur is whitish-grey with dark grey rosettes and spots. They are capable of killing prey up to three times their own weight.

Dr. Kunzes Angmo is working at High Mountain Arid Agriculture Research Institute, SKUAST-K in Ladakh. She is a wildlife enthusiast and has been closely working with communities of Ladakh since 2013.