The Brokpas of the Forest

In the far western corner of Tawang, Arunachal Pradesh, lie two villages, Lumpo and Muchut. Surrounded by high-altitude lakes, turbulent rivers, rich forests and rolling meadows, these villages are like a dream.

Comprising less than 200 households, these villages depend on the forests for their livelihood and live in close harmony with nature. To strengthen this even further, in 2007 they declared 90 sq. km. of their community land as the Pangchen Lumpo Muchut Community Conserved Area (PLUMCCA).  Since its formation, the villagers have taken many steps towards community-based conservation. They patrol and monitor their forests to prevent hunting, dismantle snares and inform authorities. These efforts are supported by WWF-India and the Management Committee of PLUMCCA. Understanding the region’s issues over our long-term engagement here, we devised a strategy for the villagers to monitor biodiversity and prevent hunting.

The strategy involves the Brokpas of Lumpo and Muchut. Brokpas are yak herders who migrate seasonally in their community land from altitudes below 2,800 masl. to above 4,000 masl. for livestock farming. Since they traditionally travel across the CCA (see box below) for their livelihood, their traditional ecological knowledge is valuable for biodiversity monitoring. 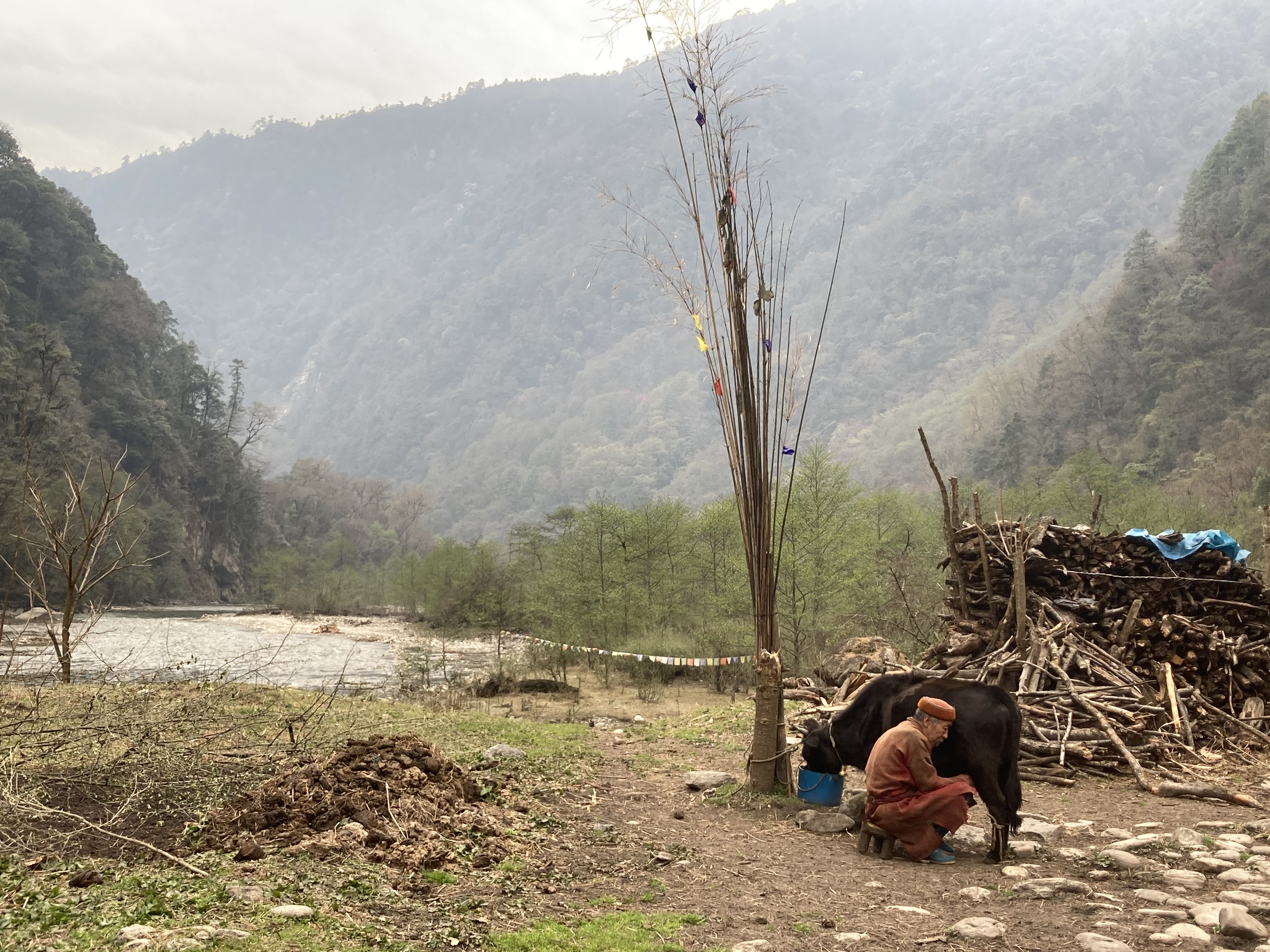 A Handbook To Learn

Our team prepared a small Biodiversity Monitoring Handbook for the Brokpas. It had information on the mammal and bird diversity from PLUMCCA, types of evidence to confirm their presence, and fields to enter date and location of observation. Since most Brokpas are illiterate, the design was simple with many pictures and symbols to help them identify and mark species they encounter, either through direct or indirect evidence.

About 20 Brokpa families from Lumpo and 18 from Muchut were trained on how to use the handbook in March 2021, before the migration season. Majority of them were women between 16 and 80 years. These people have spent most of their life in the forest, moving around places not everyone can reach and being constantly in contact with wildlife throughout the year. After a brief session with them, on listing all the different species found in their forests, we mapped different grazing routes found in their village. These grazing routes start from an altitude of 2,600 masl. from their settlement to above 4,000 masl., covering a range of forests and habitat types. We also had a practical training session with a dummy trail. 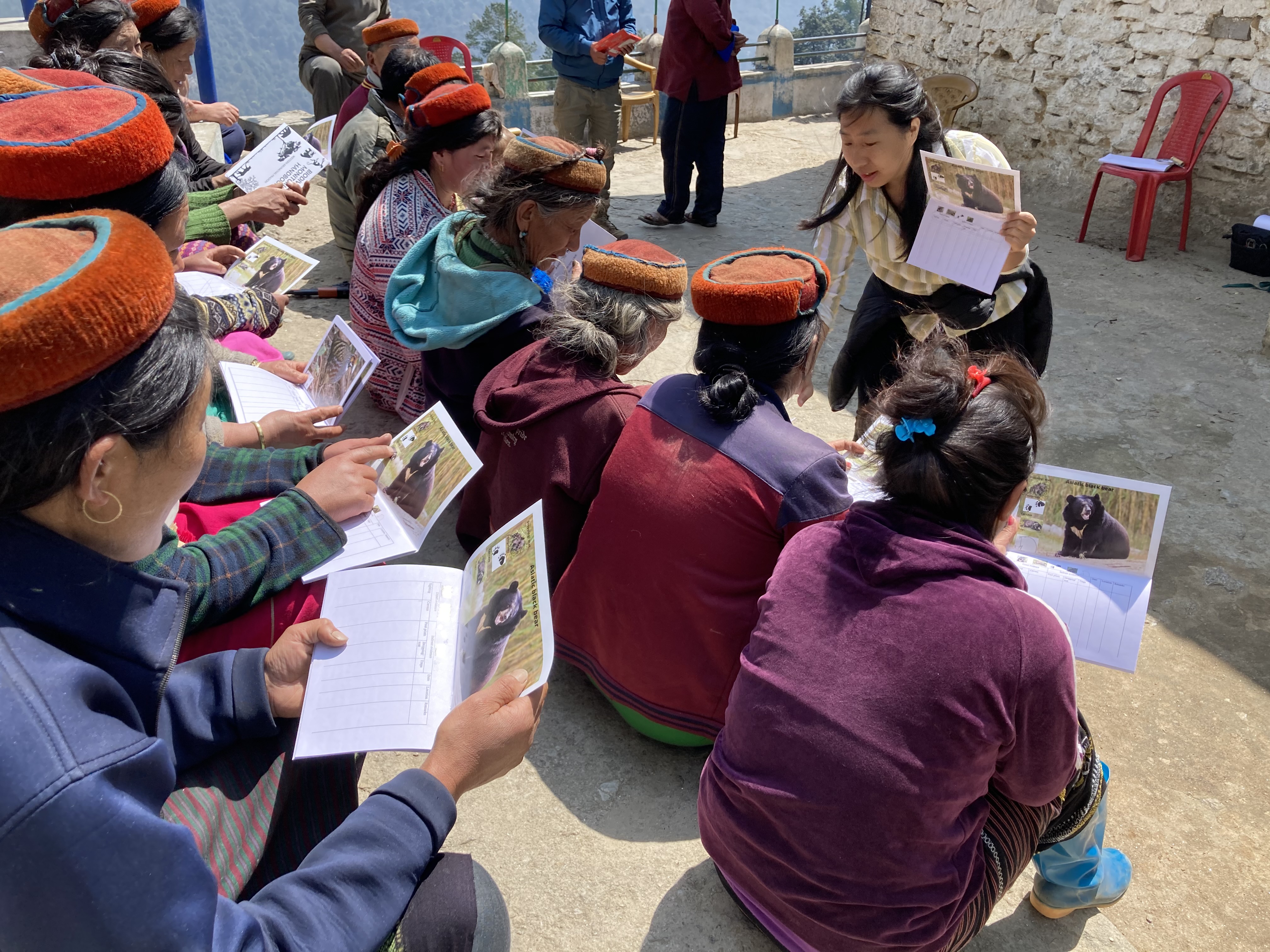 After training, we requested all the Brokpas to carry the handbook with them during their summer seasonal migration in May. They come back to their settlement by October or November. When we visited in February 2022, we collected 11 books at random from Lumpo and Muchut; it was remarkable to see the information they had collected. They had recorded evidence of 18 species.

Comparatively, more written records were obtained from the Brokpas of Lumpo than Muchut. This could be because of the different areas and grazing routes they follow. We also learned that the majority of sightings such as pheasants, barking deer, capped langur, and leopard cat were recorded from village areas and surrounding forest land. Dhole and Kalij Pheasant were recorded from the same place in high altitude areas. Brokpas who have yak and dzomo (a yak-cattle hybrid) and travel across village borders and sometimes Bhutan and Tibet borders for grazing have recorded more evidence of high-altitude species such as Mishmi takin, alpine musk deer and Himalayan brown goral. 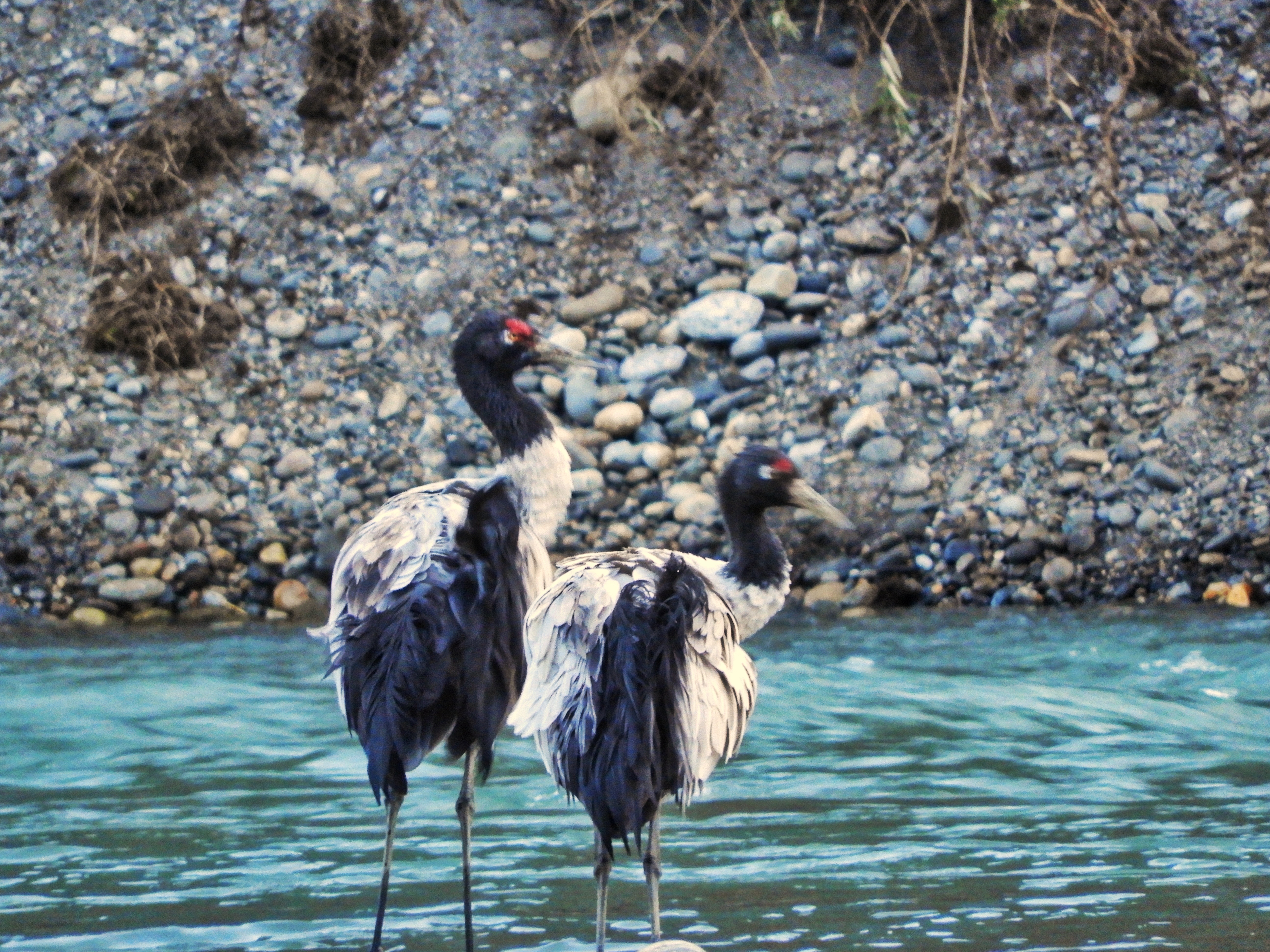 They also revealed seeing a few snares or traps for mostly birds. Supporting the Brokpas to be the eyes and ears of their forests can be an effective way to monitor hunting in the area. They have a great understanding of their forests  and wildlife – they know the fruiting and flowering seasons of trees, the distribution and food habits of plant and animal species, local weather changes, different forest types and so much more. They  are also sensitive about resource management – they prevent over- extraction of resources by planning their grazing routes based on the number of families and the amount of livestock they own.

By integrating contemporary values of biodiversity monitoring into their existing practices, we can hope to better strategise community-based conservation in this region. 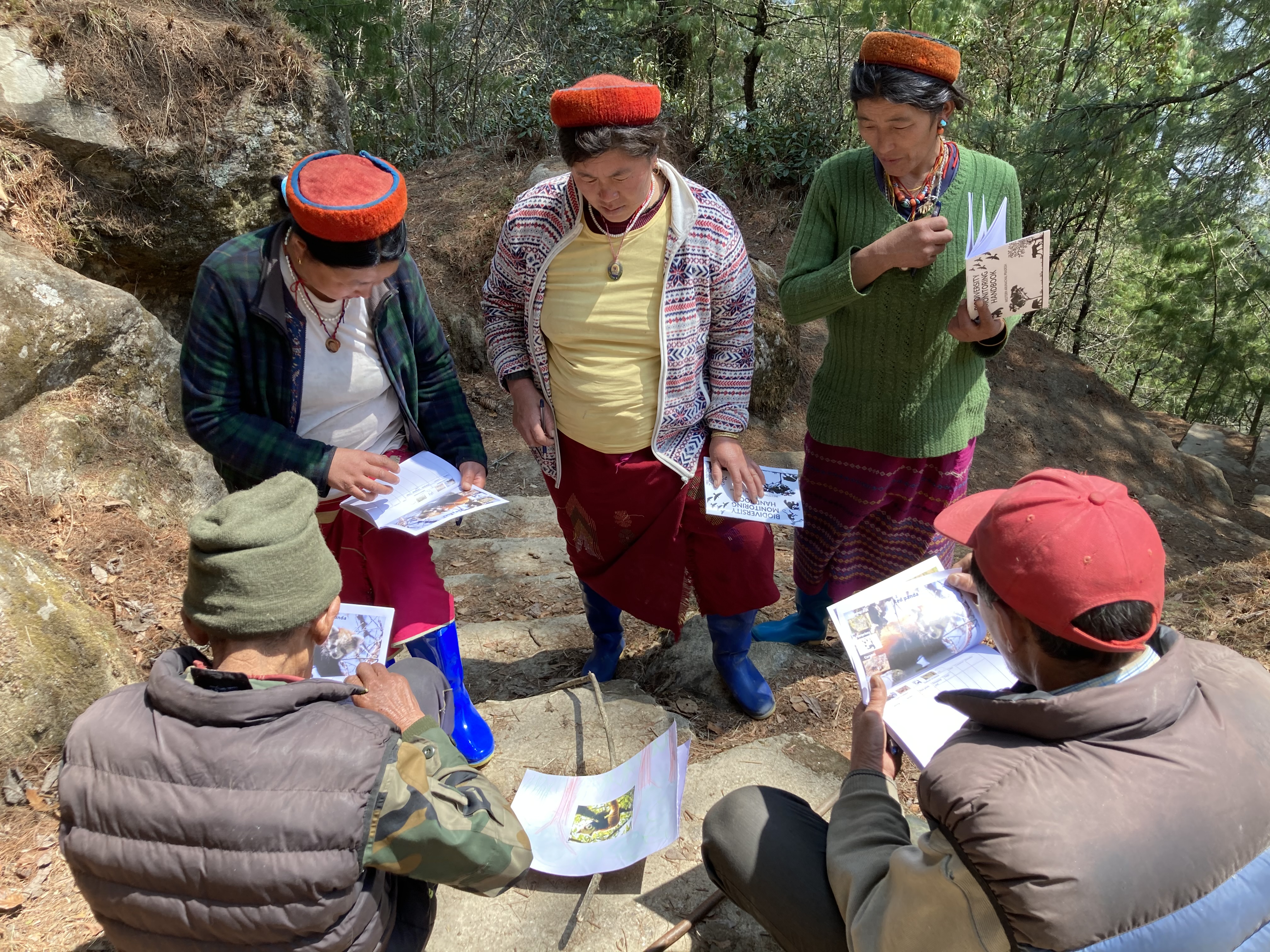 WHAT IS A CCA?
~ A Community Conserved Area (CCA) is owned by local communities in a region.
~ It is protected for conservation and for sustainable use of natural resources.
~ It is collectively formed by one or more villages through mutual consent and notified through the village panchayat.