A few years ago, I attended a book launch in the capital where three of Indias best-known tiger experts spoke about the tiger and how tourism could and did benefit its conservation. However, when discussion was opened to the floor for comments and questions, it was as though none of them had spoken. Journalists, tiger lovers and the authors friends, almost all seemed united in their antipathy towards wildlife tourism. It was an echo of the events of 2012 when the Supreme Court closed tiger reserves for tourism for a period and much was written in the press about the negative impacts of tourism.

This has always made me wonder. Elsewhere in the world, tourism is viewed as an important conservation tool, but in India, the prevailing attitude seems to be that it is a disaster for wildlife; that it is an industry that creates damage and is exploitative of the natural resources that attract the visitor. The “costs are heavy and the gains limited" is a predominant view.  Resorts are accused of blocking tiger corridors, depleting forests and being a serious “threat" to wildlife. Furthermore, it is often written that the hotels contribution to local communities is meagre and many call for enforcing a conservation fee, even cess, on the hospitality industry around Protected Areas claiming that they are making their “profit on a resource managed by taxpayers money" (as though this was unique to wildlife tourism!). 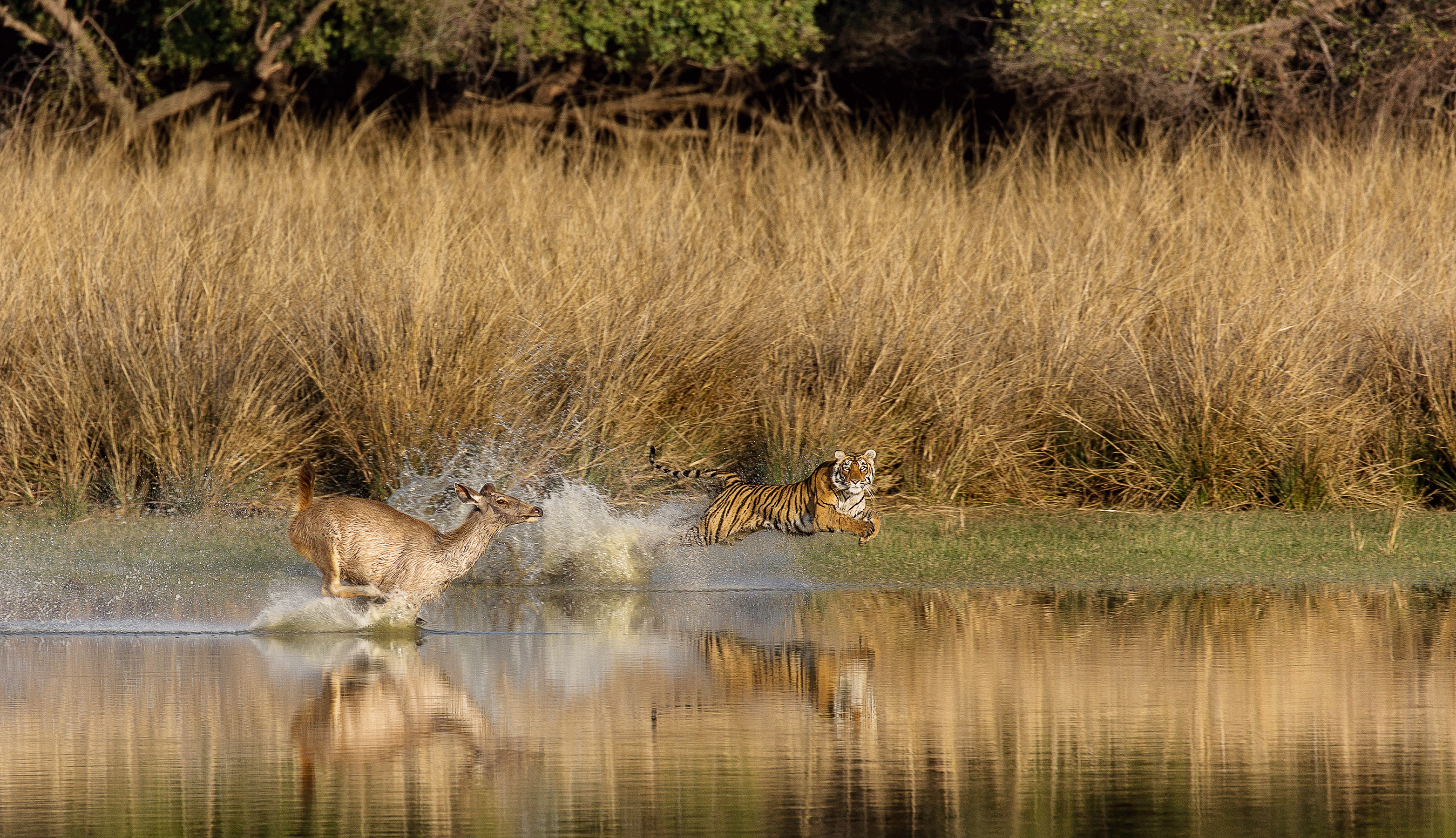 The results of a new study cast a more positive light and show that facts actually paint a rather different picture. The research, led by eminent tiger scientist Dr. Raghu Chundawat, was presented in a preliminary report published by TOFTigers and Baavan, entitled The Value of Wildlife Tourism for Conservation and Communities. Four tiger reserves of central India - Bandhavgarh, Kanha, Panna and Pench - were examined and the results not only dispel many of the prevailing wildlife tourism myths, but are encouraging in providing a possible way forward to extend conservation beyond the PAs and to provide sustainable livelihoods for remotely- situated rural communities. 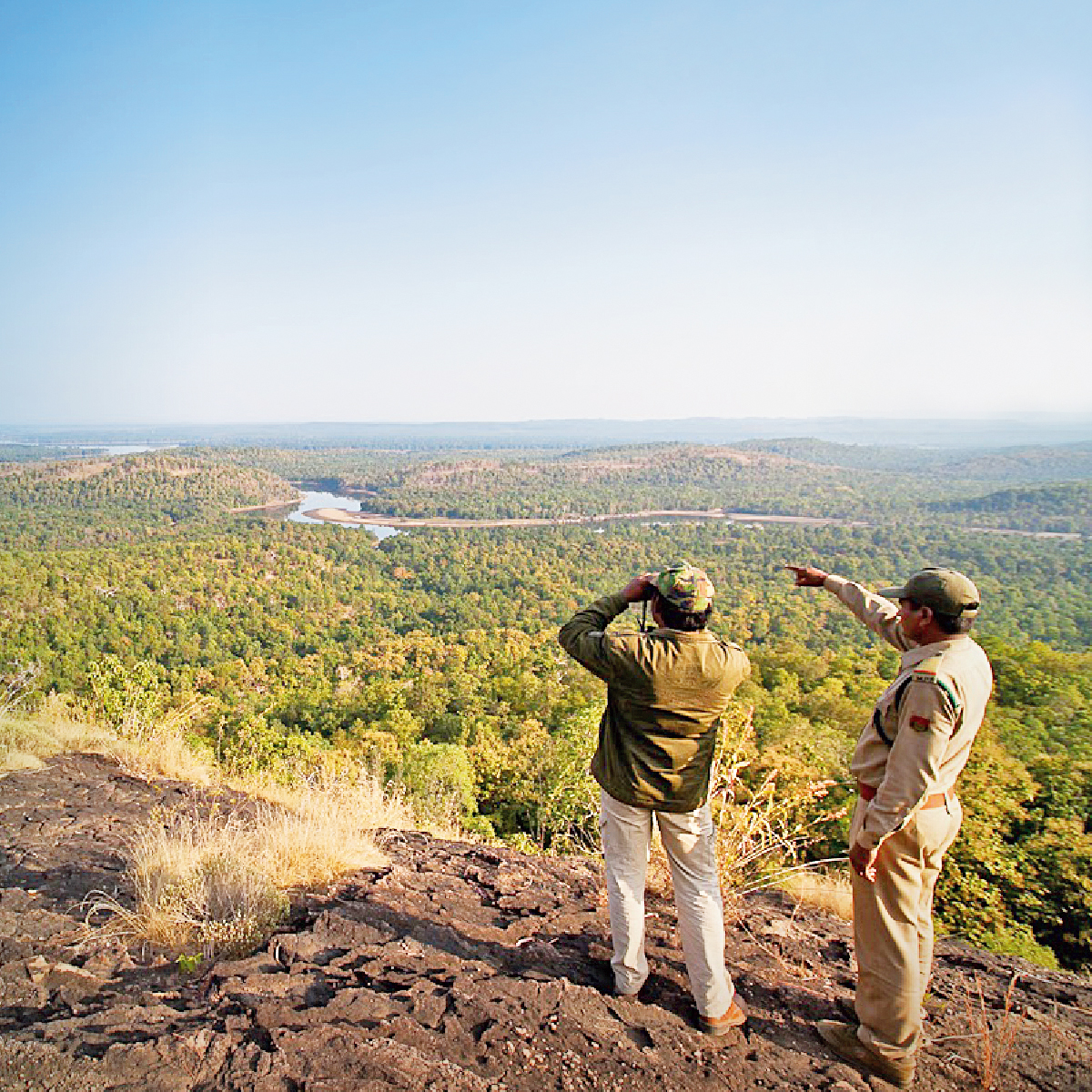 The figures are surprising: the park entrance fees alone are higher than the state governments contribution toward the maintenance of the four reserves in the study. And, at least theoretically, this is money paid directly for community development and conservation. Since 1997, all tourism related fees in Madhya Pradesh are deposited in a Development Fund created for each Protected Area. Thus, the fees from tourism provide nearly Rs. 20 crores annually that could and should be spent on development for the local community and/or the PA. Recent figures may indicate a better picture but in 2013 very little of this was in fact fed back into the community. Apparently at best a mere 20 per cent of this went for community development or was provided to the eco-development committees (Kanha); elsewhere it varied from zero (Pench, Panna and Satpura) to 12 per cent (Bandhavgarh), according to ‘A Note on Tourism in Tiger Reserves of Madhya Pradesh in www.academia.edu by Dr. Suhas Kumar (PCCF M.P. retired) in 2013. Dr. Kumar does not record where the rest of the substantial amount goes. In this also lies a strong reason why many resorts are not keen on a conservation fee; they prefer to spend it on private eco-development work rather than pay into a government fund from which so little emerges for the community.

It was heartening to find that most resorts indeed run their own community development programmes and/or contribute to ongoing programmes; these cover “eco-development, environmental education... health, small to medium-sized enterprise development, alternative livelihood options, improvement of basic infrastructure such as electricity supply, drinking water, better road and connectivity and telecommunication and skills development. Most importantly, the sector supports and encourages nature conservation." This latter was most apparent in a comparison of attitudes of people in villages with tourism infrastructure and those without. Some of the non-tourist-affected villages were very hostile to the survey team when they arrived by jeep in their village since they assumed that they must be connected to the Forest Department. A comparison also showed that small business enterprises in villages where tourism was present generated nearly eight times more revenue than in those villages without (Rs. 79 lakh : Rs. 10 lakh).

What is often overlooked is the indirect financial benefit that the tourism industry generates in these remote areas. They spawn a myriad employment options from handicrafts and artists to plumbers, electricians and accountants. Based on the shared details of a few lodges, it seems that the injection towards this could run to as much as Rs.15 crores around the four parks surveyed.

Tourism is also a labour-intensive industry; it is one of the worlds top job creators. This is a crucial aspect as wildlife tourism is usually in fairly remote areas where employment opportunities are sparse. The Madhya Pradesh study found that as much as 80 per cent of the hotel staff are locals and if combined with the fees paid to local vehicle owners, guides and more, as much as Rs. 38 crores ($5.8 million) ends up being injected into the local economy. Taking into account the indirect employment generated, plus park fees, possibly 56 per cent of the hotels turnover actually feeds into the local area (over Rs. 92 crores - around US$ 14 million).

So the numbers indicate that tourism can and does bring substantial benefit to remote rural communities. And this is despite the fact that tourism has grown in such a haphazard unorganised manner, with little or no policy focus or control. In the survey areas, at least, this is happening without too much major long-term damage. Satellite images show negligible change in the forest cover from 2003-04 when the upsurge in hotels around the PAs began. When resort locations are plotted on the satellite images, it can be seen that almost all are clustered around already inhabited spots and hence create minimal extra disturbance to tiger movement. 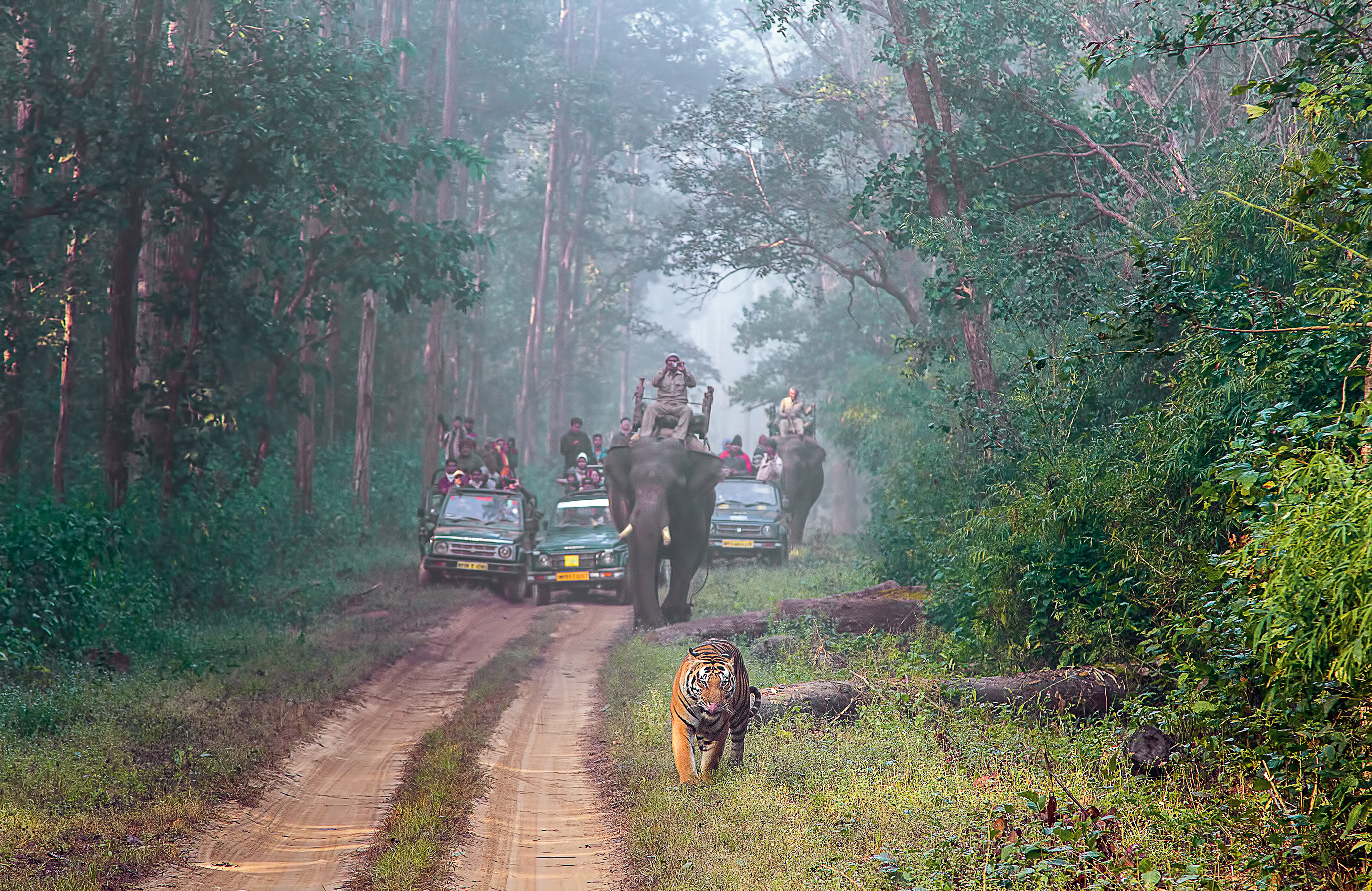 Tourism as a Tool

Many of the reserves, given their restricted entrance capacity, have reached tourist saturation point. Besides, the reserves that truly attract visitors are few in number. If tourism can be extended, this would spread the benefit - both for conservation and for the remote rural communities. The exciting aspect of this study is that it shows that it can be done and could be self-sustaining through tourism.

Raghu Chundawats tiger ecology study in Panna identified a scale mis-match for tigers and this is not unique in our PA system. Many tiger reserves are too small to protect a viable population of the big cat over the long term - the extinctions in Sariska and Panna are examples of this. More and larger exclusionary conservation areas are no longer feasible but we can build on what we have, and can extend our areas of conservation, with different paradigms. The success of the PA system can be complemented with parallel models.

Figures from the latest study show that eco-tourism could provide one way to do this. It could be the means for forests beyond the PA boundaries to be brought into the conservation fold, boosting the viability of small tiger reserves by providing additional protected tiger breeding areas, while also providing stepping stones of safety in corridors from one PA to another. By spreading the area of wildlife tourism, not only would more communities benefit, but also the pressure on existing reserves could be reduced. Furthermore, these non-PA areas would offer visitors more diverse wildlife experiences and cater to the different interests and individual preferences of travellers in ways that the present jeep-safari-only model cannot.

When well-managed, tourism, unlike most industries, can create a thriving economy that is not dependent on the one-time consumption of natural resources: one where the local community can become active partners both in tourism and in nature conservation. The next step is to persuade the government of this possibility! For the model to be effective, a sympathetic government policy is required that promotes and encourages sustainable wildlife tourism over a larger landscape.

After three decades of involvement in wildlife conservation, we entered the tourism field as a self-sustaining way to continue such work in the Panna area. This is a rural area where much of the populations livelihood comes from agriculture and/or unskilled labour. In a small way I have seen the changes a few well-managed lodges can bring such areas when run on eco-tourism principles. If this were possible to do in strategic ‘stepping stone locations covering larger, tiger-territory-sized areas, it could also directly contribute to broadening the tiger conservation landscape.

Enhanced sustainable rural livelihoods and wildlife conservation too - what could be better than that?

Originally from the U.K., Joanna Van Gruisen has lived in the Indian subcontinent for over three decades. She is a writer, photographer and conservationist.