One of India's foremost bird photographers, Vijay Cavale’s pioneering efforts to build the largest repository of bird images for the entire oriental region and creating a free online forum for photographers across India will never be forgotten, writes Nikhil Devasar, who mourns the loss of this incredibly generous man.

As I sit to reflect on the life and times of Vijay Cavale, I am filled with a flood of fond memories and the deep void of a rich life cut too short. On August 31 this year, I lost a very dear friend. A friend who taught me how to photograph birds, and put India on the world map with his photographs in the late 1990s. At a time when most impressive bird images were from foreign shores, he would produce a better one. He set a new standard for wildlife enthusiasts to aspire to.

From a very young age, Vijay showed an interest in wildlife and nature. Born in Bengaluru, he was schooled at the Vijaya High School and later went to the R.V. College of Engineering. It was during his college days in the city that his interest in wildlife really came to the fore. The city was not so urbanised then, but was growing fast and wild patches were quickly being taken over by concrete. Instances of human-animal conflict were on the rise. He would catch and rescue snakes that unwittingly got caught in the crosshairs and were the victims of fast-paced development.

In 1984, Vijay and his friends started the Wildlife Preservation Group (WILPEG). For the decade or so that the club was active, it worked closely with the Forest Department of the state to organise tree plantation drives and educational camps for school children. Even when it was disbanded, the founding members continued with their work in wildlife conservation individually.

After 14 years of living the corporate life, he quit his job at Infosys in 2000 and took to bird photography full time. Starting out locally in Bengaluru before branching out, within a short span of time, he had added more than 500 bird pictures to his personal website. Though he loved to travel the world, he was passionate to showcase India’s wildlife. The photographs he took were awe-inspiring. Such stunning images were hard to come by, given that bird photography was in its nascent stage in the country then. He had a great eye for clarity and composition. His photographs were action-packed and immersive.

I remember on a trip to Corbett once, he participated enthusiastically in a bird ringing programme that we had organised. He would be the first person to be up and help with the nets that were required to catch the birds in order to ring them. His immense knowledge of birds and their behaviour instantly garnered respect by everyone who met him and his entire positive demeanour was infectious. Though always looking for the perfect shot to tell the story of his subject, he was exceedingly ethical in his craft and was careful not to disturb the birds. On bird walks, he would set up his camera by a pool that was frequented by birds for an evening drink. He would be so still and inconspicuous that the little flocks would barely notice him and go about their business of dipping, bathing and drinking. 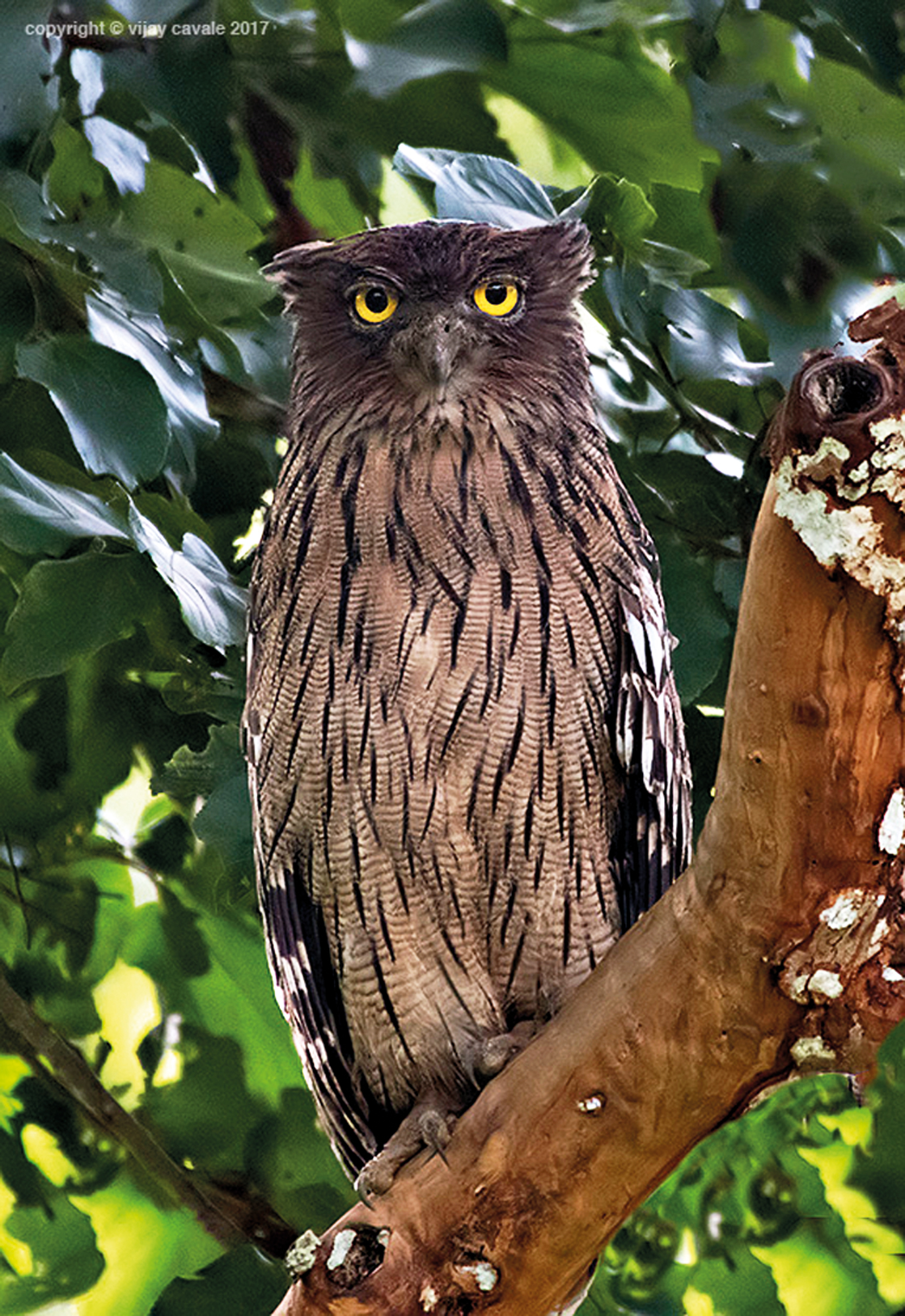 A warm and welcoming host, Vijay loved to cook. On a rocking boat in the waters of the Sundarbans, he took it upon himself to cook for the entire group. His farmhouse in Bengaluru was initially surrounded by barren land – over the years, Vijay grew a forest here.  He never sought commercial gain from his images. When requested for images to use for a school programme or a conservation event, he was happy to share them for free.

Vijay created India Nature Watch, a self-funded project that was the first of its kind – a free online forum for photographers to post and share their bird images from across India. Always ready to help beginners, he was eager to share his tips and tricks of the trade. Vijay was also one of the creators of Oriental Bird Images, helping lay its foundation in the early days. OBI is an ongoing repository of bird images that has grown manifold, currently carrying a collection of 1,82,038 photographs, of which 2,948 species are from the Orient.

Never one to revel in accolades and praise, Vijay always shunned the limelight. He did what he loved simply for the immense joy that it gave him and worked to create a database of birds from the Oriental region that would serve as a great reference for birders.

I learned something new every trip I embarked on with Vijay. His captures of mammals and landscapes were just as riveting as his bird photography. His work continues to live on through the wildlife community and will inspire a deeper understanding of nature for generations to come. The tagline on his website reads, “There is joy in nature, let us share this joy.” It would do us well to always remember this. 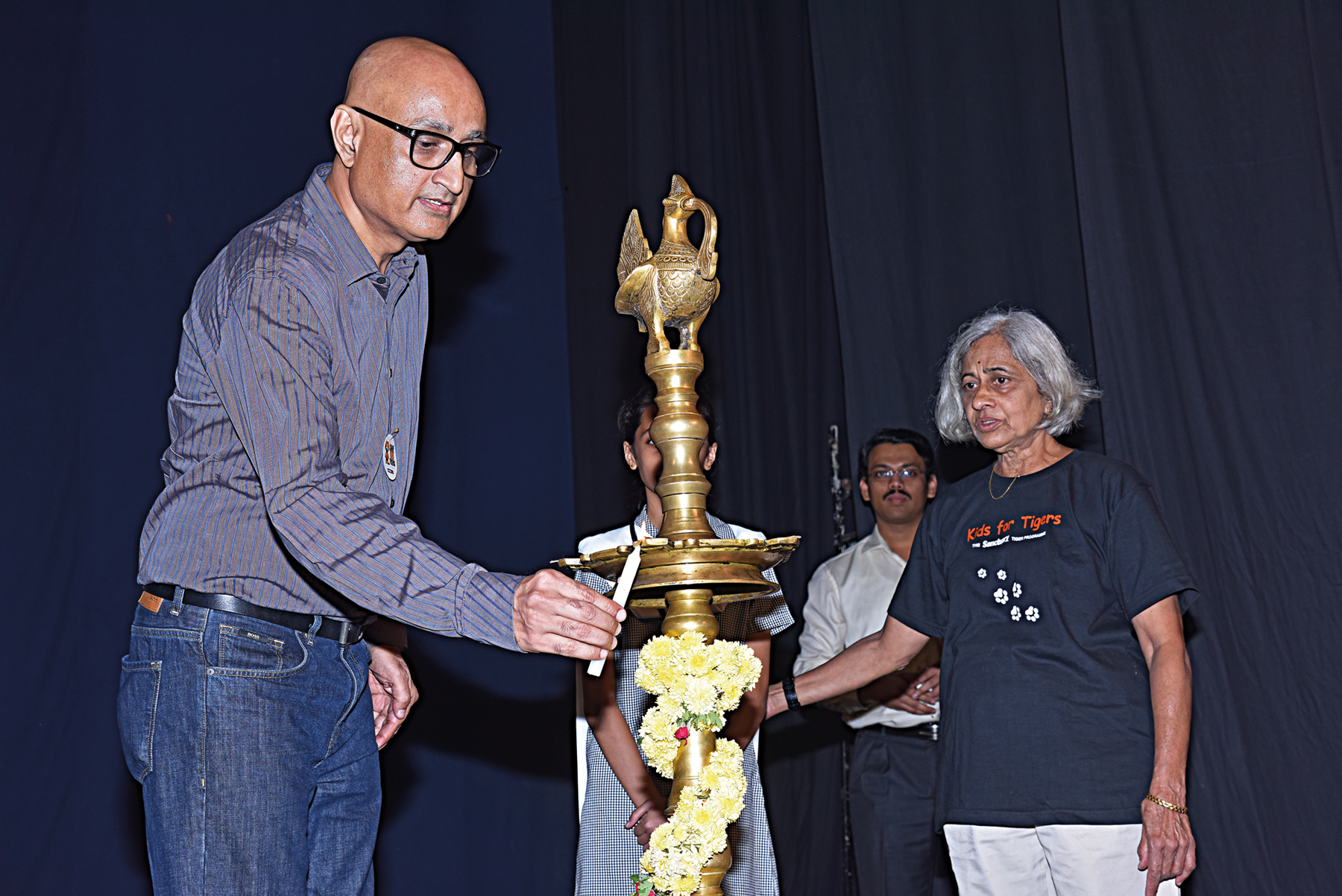 Apart from being a great friend, Vijay was my Guru who taught me so much about life and photography.
- Sudhir Shivaram

Vijay and I made just one field trip together, that too in the scorching heat of April, around the outskirts of Mysuru in 2013. However, I knew of him for years before, during some of the very first e-groups and from the India Nature Watch forum. He truly was a legend and a pioneer of bird photography in India.
- Shashank Dalvi

Vijay was, in addition to being a trendsetting photographer, a great enabler in helping new photographers improve at the craft. He showed them how it was done and was always encouraging! It was essentially on the platform he built that modern bird photography in India grew.
- Ramki Sreenivasan

Most people know him as a superb photographer, a mentor, a guide... to me, he was a friend. We would have long conversations, even arguments, on topics ranging from birds to family, from conservation to pets and everything in between. Ever-smiling, witty and benevolent, Vijay was true to himself, an open book with a large heart!
- Swarna V.

An amazing factor about Vijay was his ability to spot inherent talent in Indian photographers and nurture it until they achieved international respectability.
- Bikram Grewal

Vijay Cavale became a part of Sanctuary’s close network a lifetime ago and he will never leave. There are all too few people whose head and heart are in sync... Vijay was one such.
- Bittu Sahgal

Vijay was more than an elder brother to me. He was also a guiding force, an inspiration and a great friend. His boundless energy to photograph Indian birds and painstakingly document them in sites like Indiabirds, Oriental Bird Club (OBC) and others over two decades was inspirational. His foresight to also include birdcalls along with images made his website unique and a treasured reference for beginners even today.
- Giri Cavale

A bird photography pioneer in India. Wonderful host, brilliant photographer and a true lover of the wild.
- Sumit Sen
join the conversation