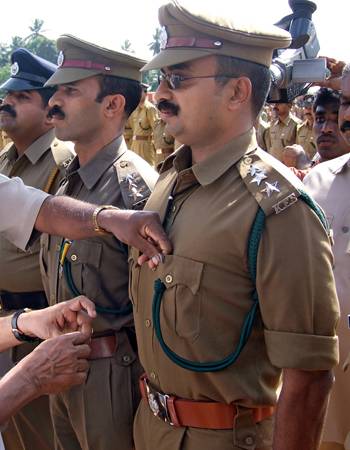 P. Dhanesh Kumar has undertaken Herculean tasks to protect India’s wildernesses. In the face of threats to himself and his family, he fought powerful forces that were systematically destroying Kerala’s fragile forests, where he has served as a Forest Range Officer and then Divisional Forest Officer for over a decade. In the process, he has had to confront ruthless poachers, ganja dealers and sandalwood smugglers, who have learned to take advantage of a system that discounts the service of forest protection to national development. In 2007, he received the award for the ‘Best Wildlife Management Trainee on the Indian Subcontinent’ from the Wildlife Institute of India, Dehradun and, earlier this year, this braveheart won the ‘Good Service Entry’ award from the Kerala Forest Department for protecting the forests of the Nelliampathy Hills.

His daring and nerve have, however, come at a cost. He has not merely been victimised by powerful forces linked with dubious politicians and mafias, but has been physically assaulted as well. Nothing, however, has been able to deter his ever-enduring spirit.

Having launched ‘Operation Clean Nelliampathy’, this exemplary defender  of the wilds has used the court to reclaim over 6,000 acres of forest land that had been illegally taken over. This is a man for tomorrow – an Indian who is protecting the future of our children.