Text and Photographs by Sridhar Sivaram

It was the day before Holi. After a morning drive through Ranthambhore and a brief exploration of Zone 10, we were heading back to Zone 4. Around 1.30 p.m. when we reached the road leading to the gate we were astonished by the sight of traffic, people on foot, bikes, and cars. At one of the water points, Mishra Darrah, we saw people walking casually as though in an urban park, shooting selfies.

I turned to my guide, Bobby, and asked, “Isn’t this Arrowhead’s zone (the dominant tigress)? He smiled and shrugged, indicating helplessness. A few 100 m. further, towards the Adda Balaji Temple, we heard langur calls. In a small pond to the left of the road, we saw ripples. We reversed our vehicle and parked to the side. Just then Bobby said, “Get ready... a leopard will cross the road now.”

He was right. A leopard jumped from the bushes to cross the road... but unfortunately, a bike carrying three men crossed its path at precisely the same time. The cat crashed right into them. The bike skidded and the men fell, shocked, onto the feline. Equally stunned, it growled once, then sprinted to safety.

Fortunately, the leopard and the men escaped without major injuries. It is high time that the Ranthambhore forest authorities began regulating the free movement of pilgrims on this road (no one else is allowed). A future interaction may not be quite as lucky. 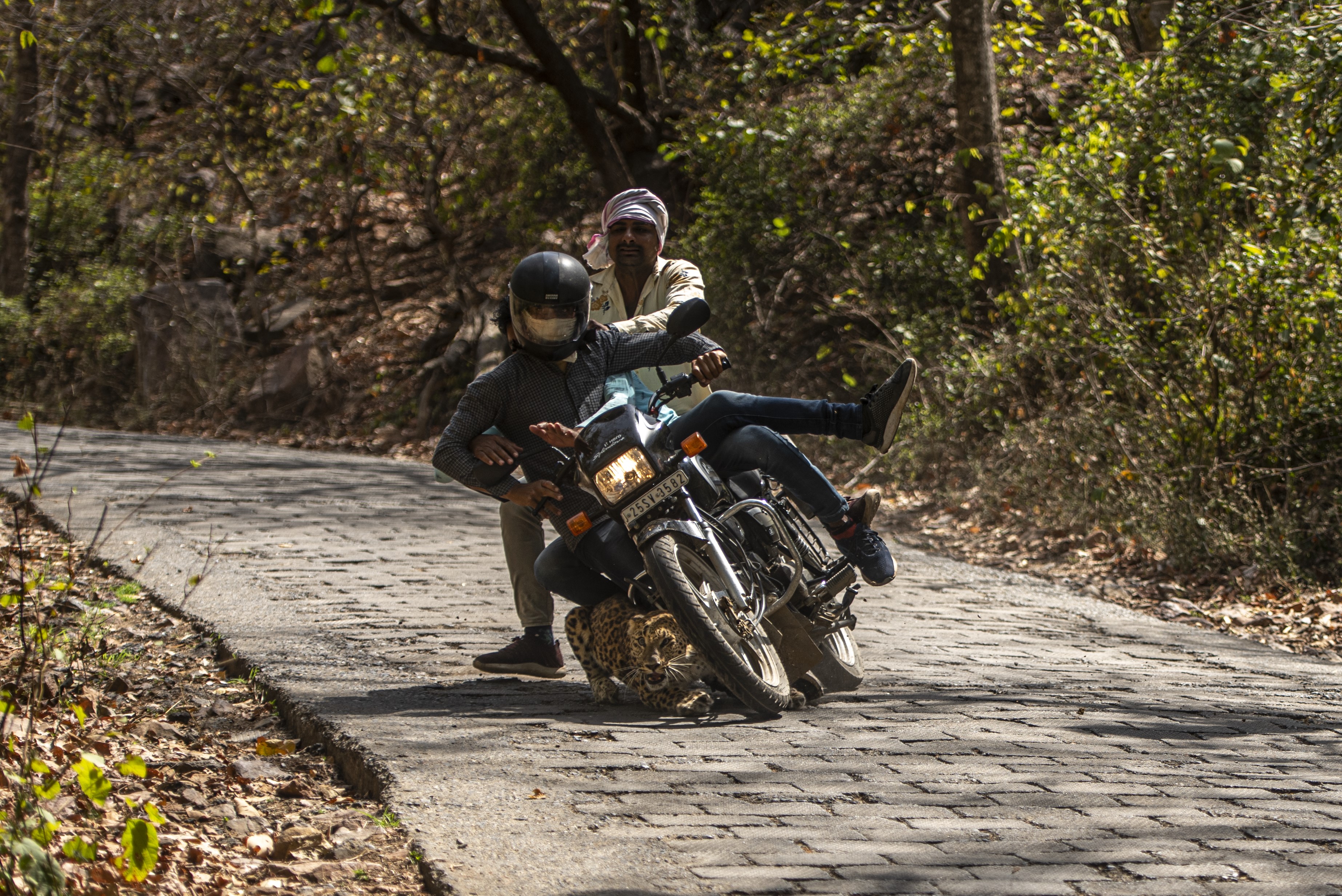 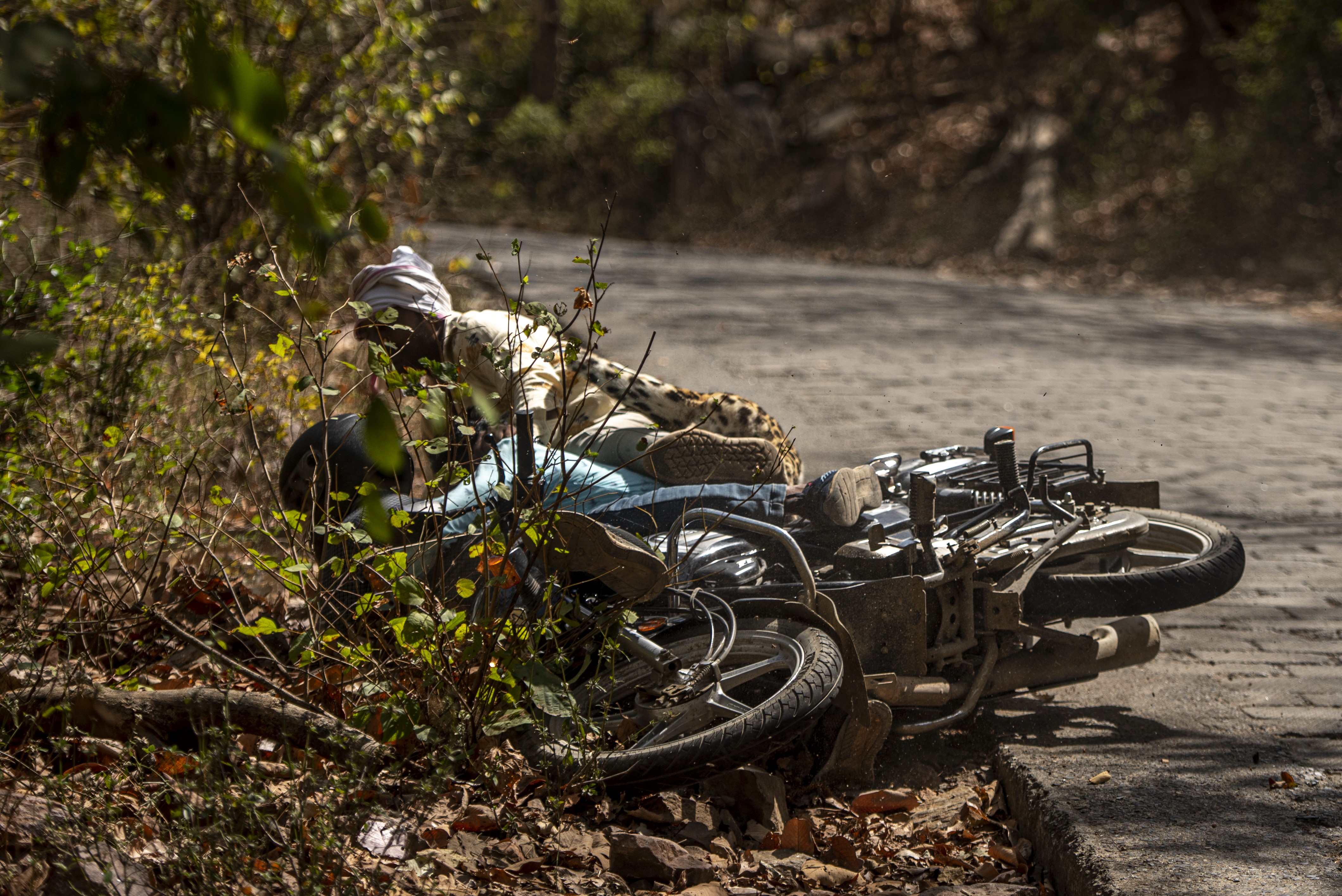 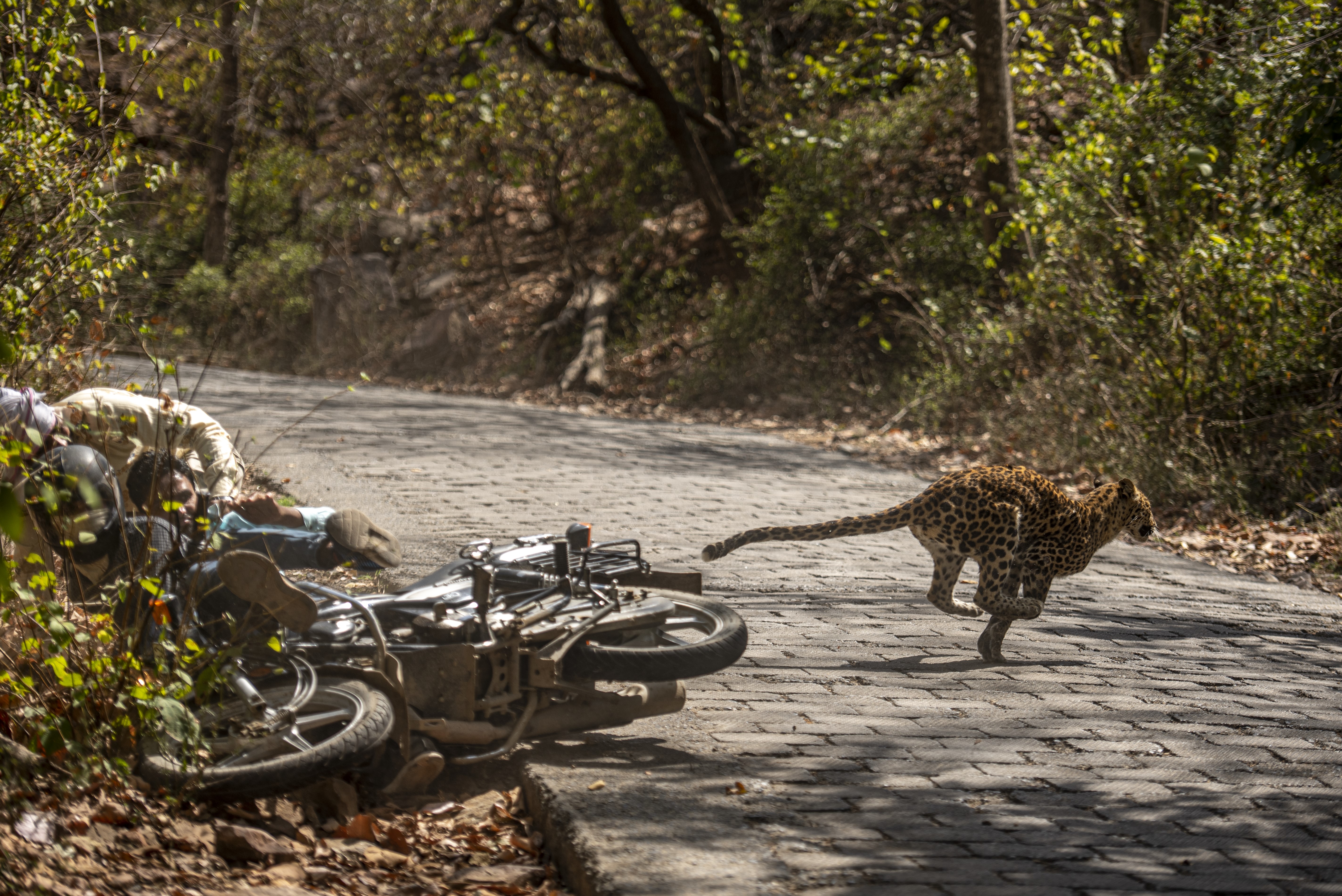 Editor’s Note: These images represent the epitome of conservation photography. Images can help us keep species, ecosystems and people safe and in sync. In Ranthambhore, villagers have been asking for control on temple tourism for the safety of pilgrims.

Reacting to this incident, Dr. Raghu Chundawat, one of India’s finest conservation biologists said: “I worry about such intrusions and their unusual consequences. Future leopard behaviour could well be altered, with the next bike rider being chased, the way canines sometimes do. We cannot predict whether the cats will avoid such intruders, or turn aggressive. We know all too little about the psychopathy of wild predators.”
join the conversation