As a student of conservation science in India, I have found myself deeply disturbed by contemporary happenings. The organized, systematic destruction of wild places with little regard for the long-term security of people and wildlife has been deeply heart wrenching for me as an individual. I try to rationalise my emotions by telling myself that I have a clear bias, a filial relationship with these places, these people, and these species. Perhaps this passion blinds me, and so I feel more distraught than is ‘rational’.

In 2017, when I was in the Dibang Valley of Arunachal Pradesh, I heard of the proposal to construct the massive 3,097 MW Etalin dam in the Mishmi Hills. The project didn’t make sense to me. Here I was, seeing first-hand how ecologically rich and vulnerable the region is. I had just met an old Idu Mishmi shaman who spoke of the massive earthquake of 1950 when entire villages were swept into oblivion and rivers changed course - highlighting the seismic risk that the region faces. I had seen the extremely low population density of the region, the lowest in the country at less than one person a sq. km., and acknowledged the resultant low energy requirements. Things didn’t add up; for in addition to the Etalin dam, the construction of another 2880 MW dam on the same river has begun. It made me ponder the relevance and need for such large hydropower projects in this landscape. They seemed highly destructive and unsuited for the region. 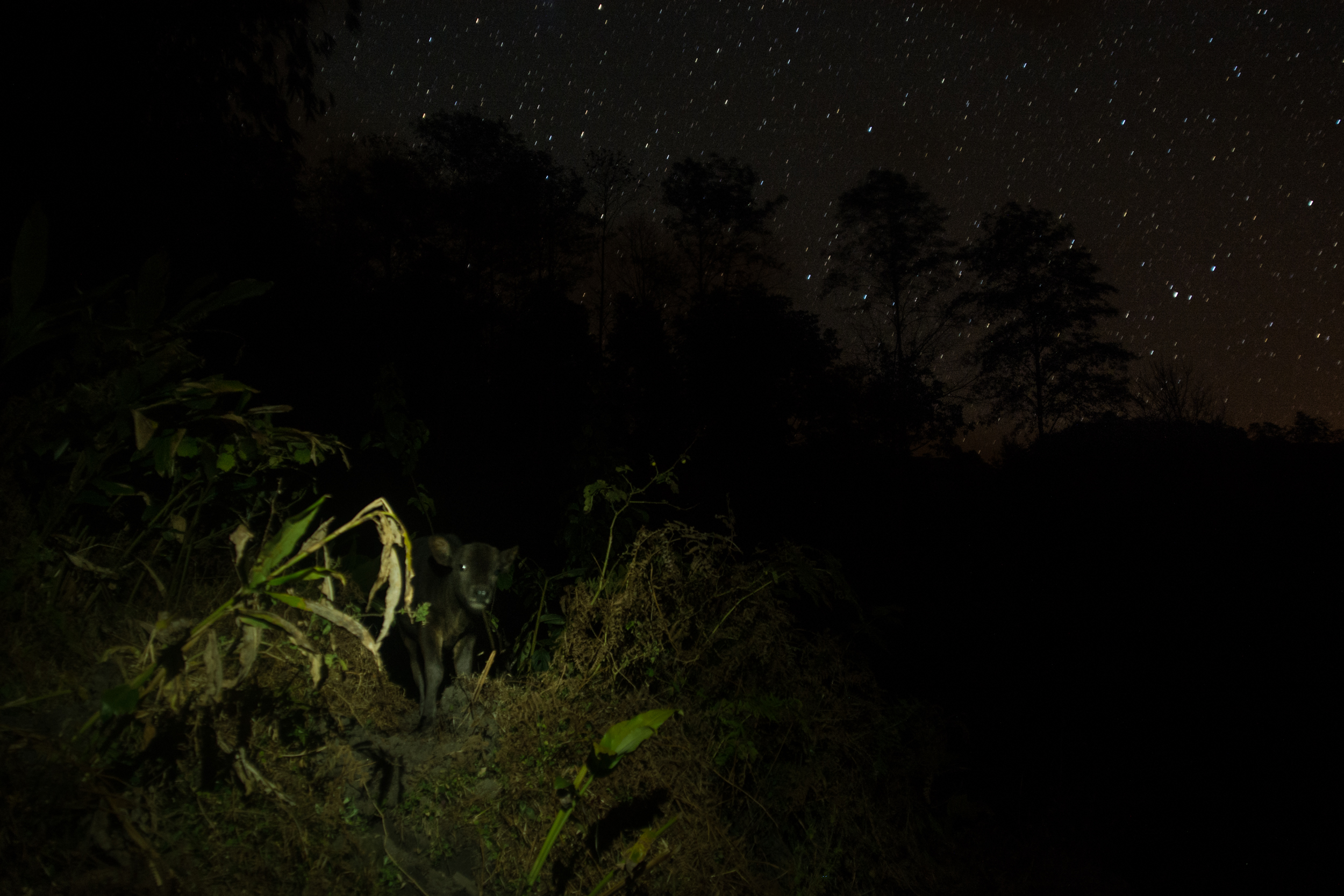 I wondered if I was missing a piece of the puzzle. There must be clear reason for such gargantuan projects to be given clearance and consideration. Maybe my thoughts were clouded by my love for the forests that are to be submerged, the people to be displaced, and the culture to be lost. I am not trained in development theory and nation-building, and so maybe I am unable to comprehend the benefits that the construction of these dams will bring to the nation. Maybe I underestimate technology and human advancement in the engineering sector; maybe we can account for the seismically active nature of the region through clever design? Are these projects required from a geopolitical standpoint? If tens of thousands of crores of taxpayers’ money is to be pumped into these projects, surely there must be some massive benefits that I am unable to comprehend. The costs are very visible and apparent, therefore the authorities in charge of this would surely have studied the region extensively and carefully weighed the costs and benefits, for the consequences of this large a project failing would be disastrous, ecologically, socially and economically. The ones at the top making these executive decisions must have deliberated over this in great detail. And if, despite these potentially disastrous consequences, the local residents had given their consent then maybe they saw value in it – they know way more than an outsider like myself ever will.

As I made my way back from the Mishmi Hills, the shared Sumo rattling over the metal bridges that span the jade waters foaming below, I still got the uneasy feeling that the fundamental principle by which I rationalized these things was at odds with the empirical data that I had collected, and the very real experiences I had lived. 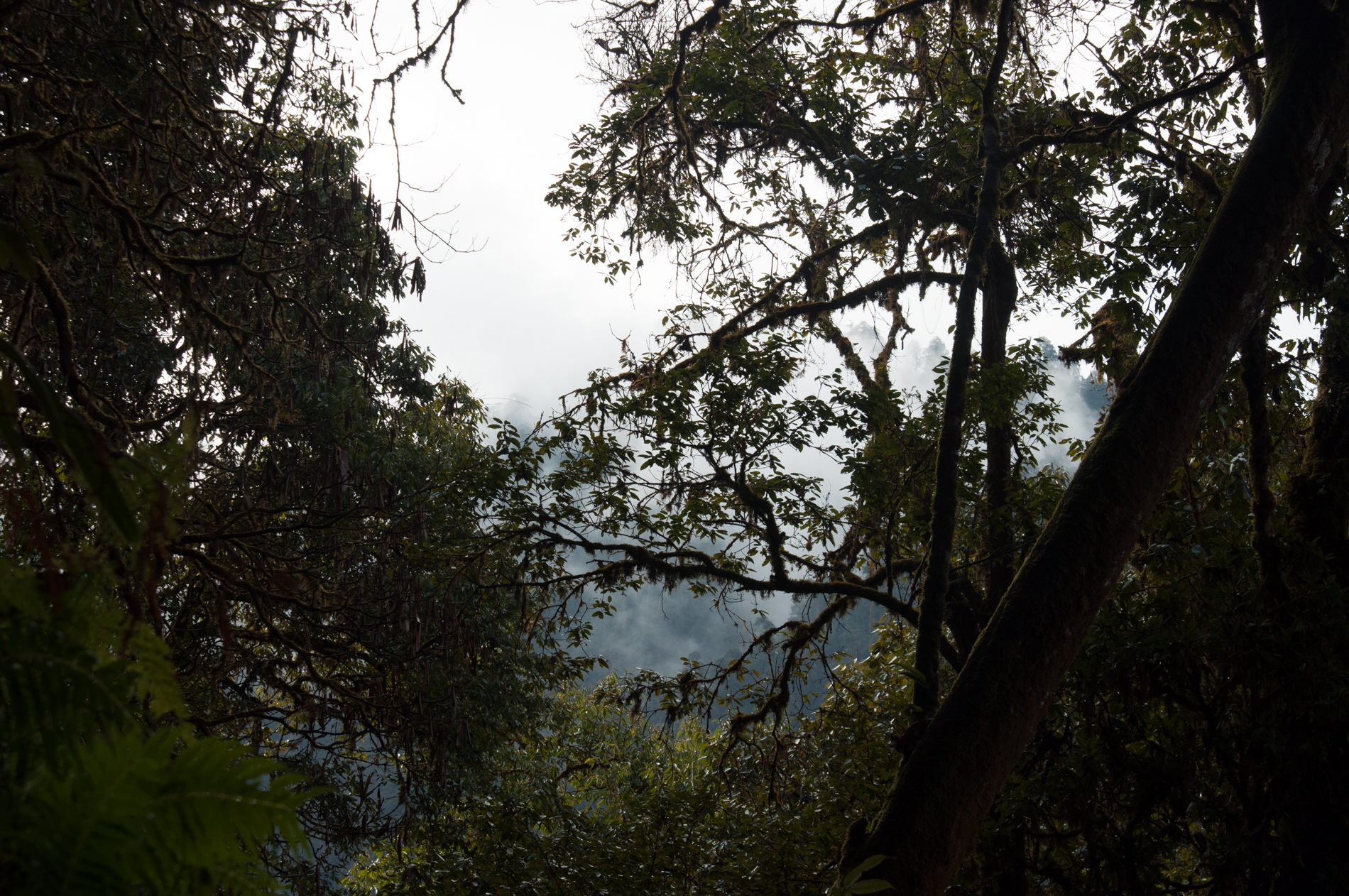 As time went on, I read more on these dams and tried to understand, as objectively as is possible, the nuances and dynamics of the 17 proposed dams in the Dibang Valley. My curiosity was piqued partly by my search for that missing piece of the puzzle, and partly because the Mishmi Hills had enchanted me. It is the kind of place that you fall asleep thinking of and wake up having dreamed about.

Call me naïve, but despite mounting evidence that ‘consent was manufactured’ for the Dibang Multipurpose dam by threatening and coercing locals opposed to its construction, that protocol was subverted, that the mandated assessments and studies were not undertaken, I was still sceptical of opposing the Etalin Project. If a young student like myself, with a rudimentary understanding of commerce and wildlife science, could see the glaring inconsistencies and questionable economics – then surely the ones at the top making these decisions could too, and would have taken them into account. And if they had chosen to go forth, they are sure to have had very good reasons and evidence to do so!

Then in 2020, I got an opportunity to work with individuals from different organizations, different professions, and different walks of life who came together to critically analyse this and other hydro projects in the Dibang Valley. As the science was articulated and evidence against the project mounted, the nagging fear in my chest was unequivocally and undisputedly proven valid. Such large projects that cost you and me, the taxpayer, tens of thousands of crores, that annihilate biodiversity, that rip through the socio-cultural fabric of a society, that put everyone downstream at extreme risk of natural hazards – are ploughing ahead – benefitting only a tiny handful of people at the expense of communities and biodiversity. Experts in economics, the social sciences, the energy sector, ecology, conservation, hydrology, geology and allied fields steadily provided empirical arguments against the Etalin Project.

Promises of better education, healthcare, and basic infrastructure were linked to the setting up of these dams. But why should an ecological, sociological, economic, seismological disaster be linked to basic essentials that are the right of every citizen? Nobody back home asks me to trade in clean air or my cultural way of life in exchange for access to healthcare! 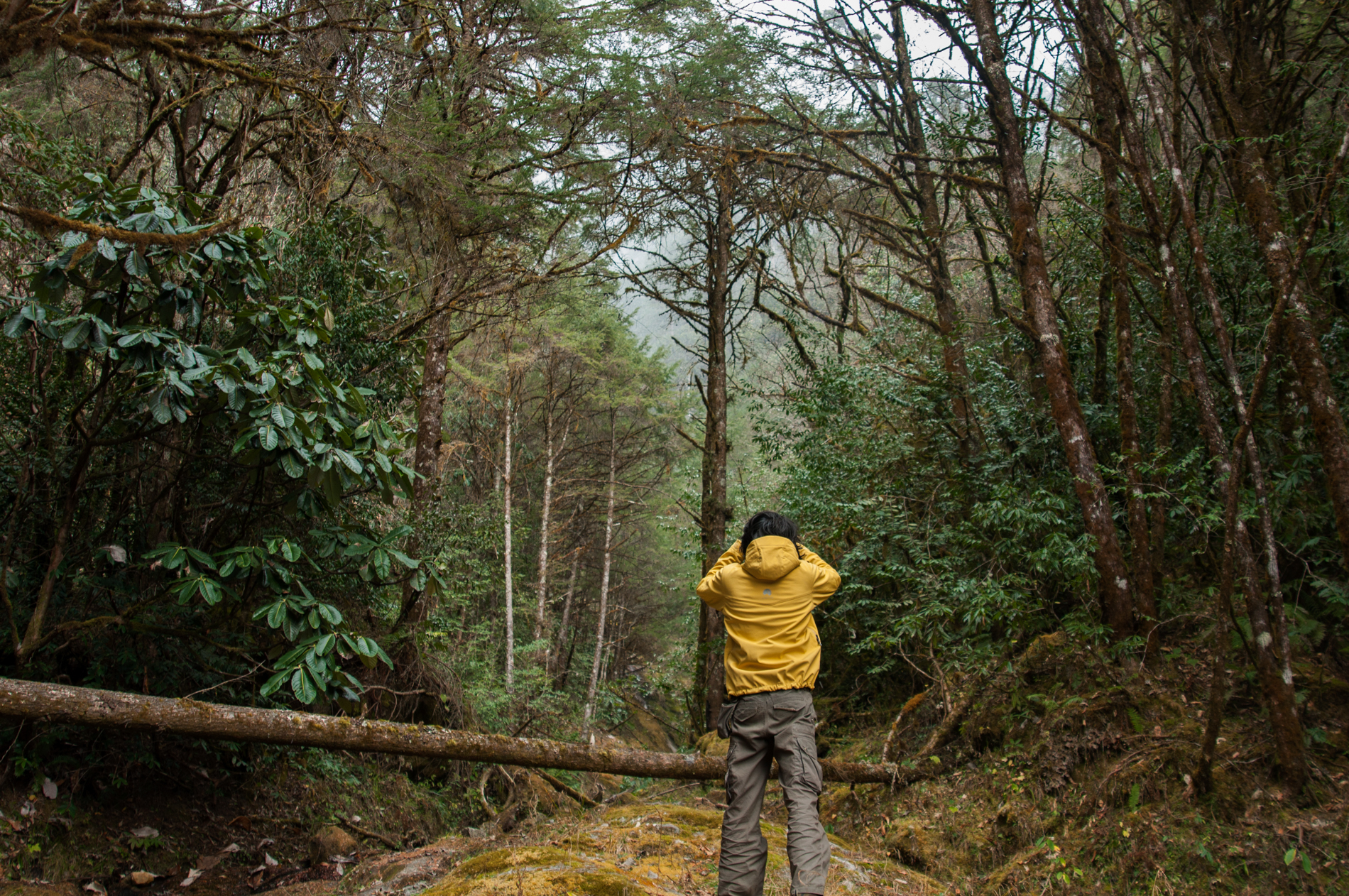 Recognizing this has been a crucial step in taking action. The current incentive structure is flawed – it allows select individuals to benefit at the expense of the public good, with negligible consequences. When the inevitable happens, such as recently, when the guard wall of the Subansiri dam in Arunachal Pradesh gave way, leading to evacuation of villages downstream, the rhetoric of ‘this is not the time to blame others, we need to be united’ is invoked. While I wholeheartedly agree, and we are, we need to be, and will continue to be united in our efforts to support the affected – such instances are also a time to retrospect and remedy the systemic shortcomings of our current environmental governance. It is a time to hold authorities accountable and work pre-emptively to stop such easily preventable disasters from recurring. It has been a sobering process to know that ‘we the people’ have to take a stronger, and more active role in protecting our interests. Not solely on moral and ethical grounds, but also from the purely utilitarian perspective of self-preservation. Several of the happenings, such as the proposed dilution of the Environmental Impact Assessment will cause irreversible damage and threaten the survival of all of us as a people. Such pieces of legislation trade our long-term security, wellbeing and survival for short-term gains for select individuals. We have to go out on a limb at this point in time to safeguard all that we stand for, before it dystrophies and disintegrates in front of our eyes.

Despite the bleak state of affairs, I believe India’s new environmental awakening is here. It is fantastic, and inspiring to witness people across the country, and even the world, band together and rise to stand for something larger than themselves. Along with the national campaign to ‘Save Dibang Valley’, a dozen others have risen from the grassroots. We are here to be heard, and to build a world that we can stand by and stand for. 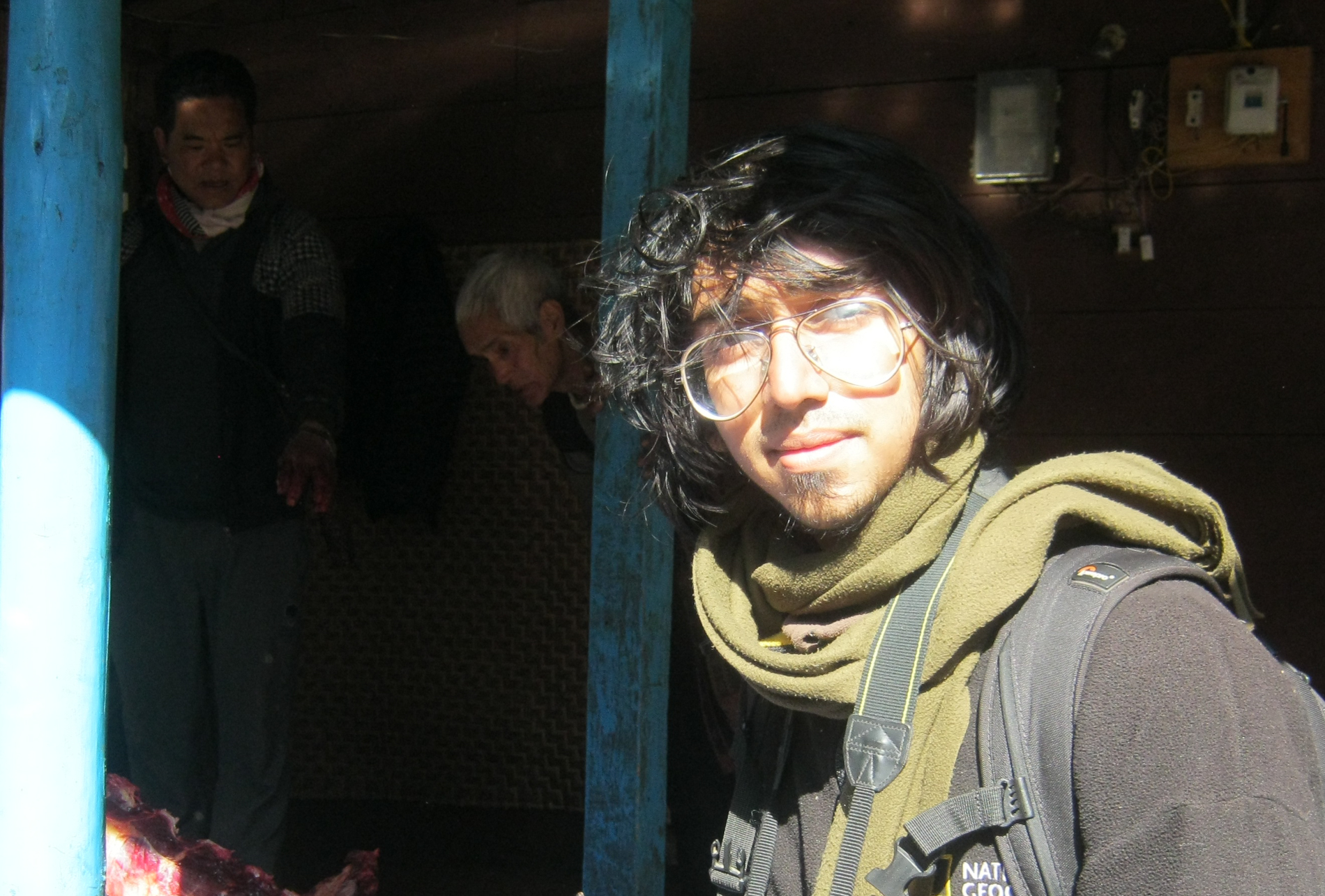 Arjun Kamdar is a conservation scientist with a degree in commerce, and is interested in the link between sociology, ecology, and economics. He is currently working on collective action for human elephant coexistence in Assam as part of his MSc. in Wildlife Biology and Conservation at NCBS, Bangalore. He writes at www.projectcroak.com.
join the conversation