On a cold winter night in 2018, among the loud crashing waves were soft sounds of gentle pats on the water. Baby olive Ridley sea turtles were making their first steps to the ocean, flapping their four tiny flippers.I distinctly remember that not one out of the 110 baby turtles looked back to the beach, or their nest of incubation, in which they grew for 60 days, but moved straight towards the dark ocean waves. It was the first time I was witnessing an olive ridley sea turtle reaching its full lifecycle in Goa and I was captivated! The first question that popped to my mind was, 'How did they know to run towards the water?'. The hatchlings were only an hour old!

Scientific data has little to low evidence on what makes sea turtle hatchlings move almost instantaneously towards the ocean. Some data suggests they do so in unison to avoid predators like sea birds, crabs, foxes and wild dogs.

Sea turtles are marine reptiles that have travelled the evolutionary ladder and are presumably the descendants of dinosaurs. Eunotosaurus, a reptile that lived almost 260 million years ago, is known as the ancestor of the modern turtle. Sea turtles have adapted to survive in the tropical areas of the ocean. Like their freshwater cousins, they are air-breathing reptiles, but have adapted to dive deep into the ocean (upto 290-1,200 m.) and hold their breath for upto two hours when resting. Two out of the seven species of sea-turtles are critically endangered today with human-beings as their biggest predator and human-activities (including climate change) as the primary causes of extinction risks.

In Goa, owing to the rapid rise and the focus on beach tourism, in-situ sea turtle conservation efforts are taken up by the Forest Department and local volunteers in key turtle nesting beaches. In-situ conservation is the conservation of vulnerable and endangered species and ecosystems in their natural habitats and viable surroundings. Nests are protected within a temporary 10-20 m. no-disturbance boundary for the incubating eggs and baby hatchlings are released in the night-hours when the beach is shut and has low tourist or natural predator disturbances. Human disturbances from light pollution (vehicles and beach parties) pose as the main disturbances in Goa’s in-situ conservation management efforts than natural predators. Yet, baby turtles swim in the same fast-paced marathon towards the sea, following the ocean light, sound and vibrations. 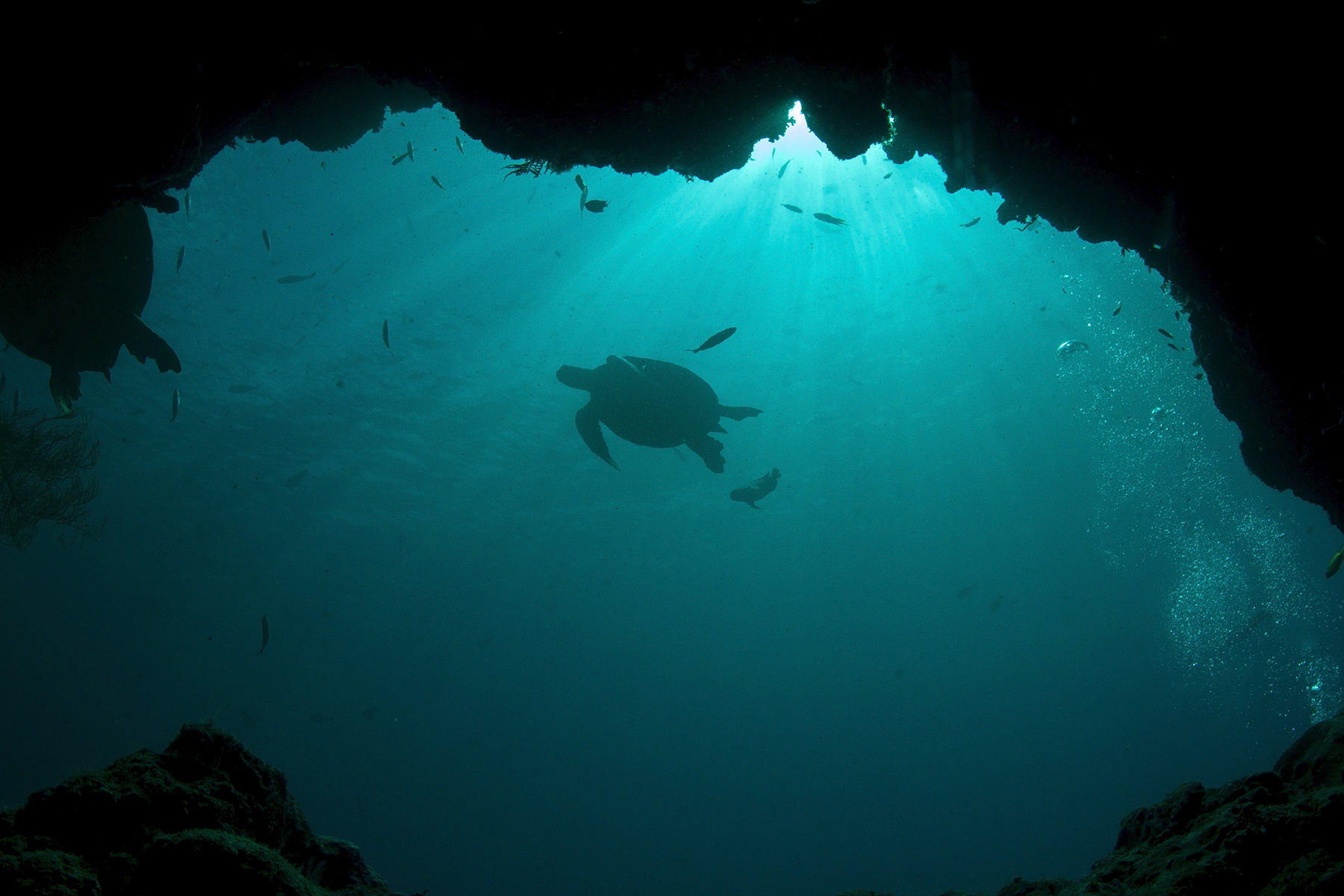 A more fascinating feature involves the ‘miraculous journey’ of mother sea turtles making their way back to the same beach on which they are born, almost 25 to 30 years prior. Scientific data suggests that female sea-turtles who left their natal beach (i.e. beach of birth) almost two to three decades ago, will navigate back to the same beach or within the same region, to lay eggs. Some theories suggest their capability to detect the earth’s magnetic field and use it to navigate to their natal beach. However, whether this capability is the core reason they come back to nest there has still not been determined. Other data also suggests that baby hatchlings can imprint the unique characteristics of their natal beaches like smell and sound and use a combination of them to navigate their way back home as adult mother turtles. However, a key definitive on how a baby hatchling remembers her beach of birth after two and half decades is scientifically unsure and a question of wonder and astonishment.

More recently, scientists have found a way to predict real-time cyclone data from tagged sea turtles in the Atlantic and Indian Ocean region. There is so much more for us to learn from the capabilities and unique characteristics of sea turtles, And doing everything to protect these endangered species – Olive Ridley, Leatherback, Hawksbill, Loggerhead, Kemps Ridley, Flatback and Green – that have survived since the age of dinosaurs is in our hands.

Humans have evolved on the planet in the last 10-12 million years ago. Sea turtles evolved about 260 million years ago and contribute greatly in terms of nutrient-exchange, jellyfish populations (the leatherback’s favourite snack) and also climate change.

As my favourite marine species, I am committed to ensuring their survival, out of sheer amazement and curiosity for these fragile, wonderful and resilient reptiles! 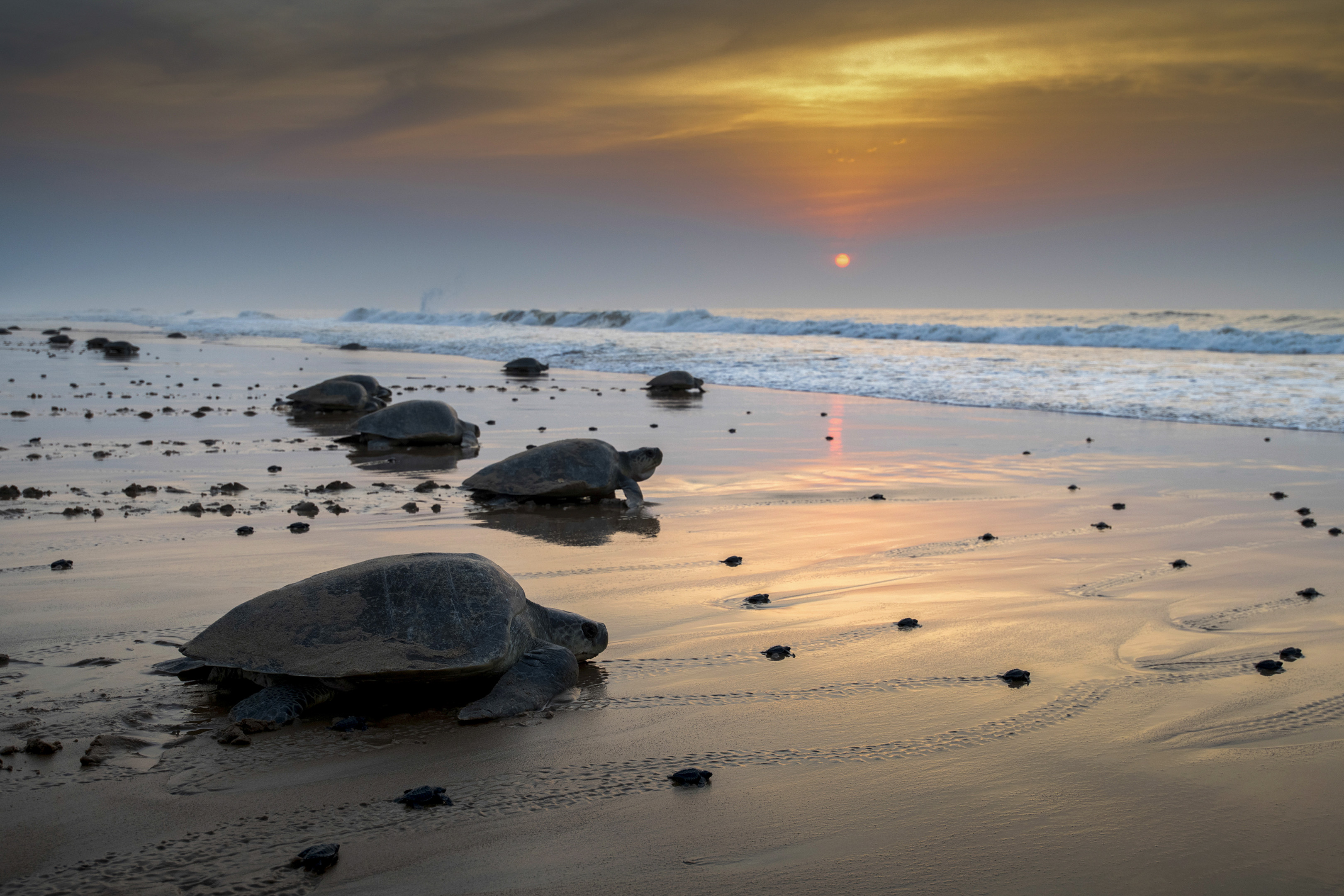 ~ Be aware of sea turtle nesting habitats and if you visit any, give nesting areas (beaches) plenty of space.

~ Reduce the garbage you produce and the chemicals you use. All of it lands in the oceans.

~ Volunteer, whether it is for a beach clean up or with a local organisation that works to protect sea turtles.

Sarita Fernandes is a sea turtle conservationist and ocean policy advocate in Goa, India. She runs the Morjim Sea Turtle Trust. She was the Indian delegate at the UN-Oceans Conference Youth and Innovation Forum 2022 in Portugal.