The ancestors of this red-eyed tree frog Agalychnis callidryas seen making its way gingerly towards its canopy safehouse in Costa Rica, greatly benefited after the catastrophic Cretaceous-Paleogene extinction 66 million years ago that put an end to dinosaur ambitions. 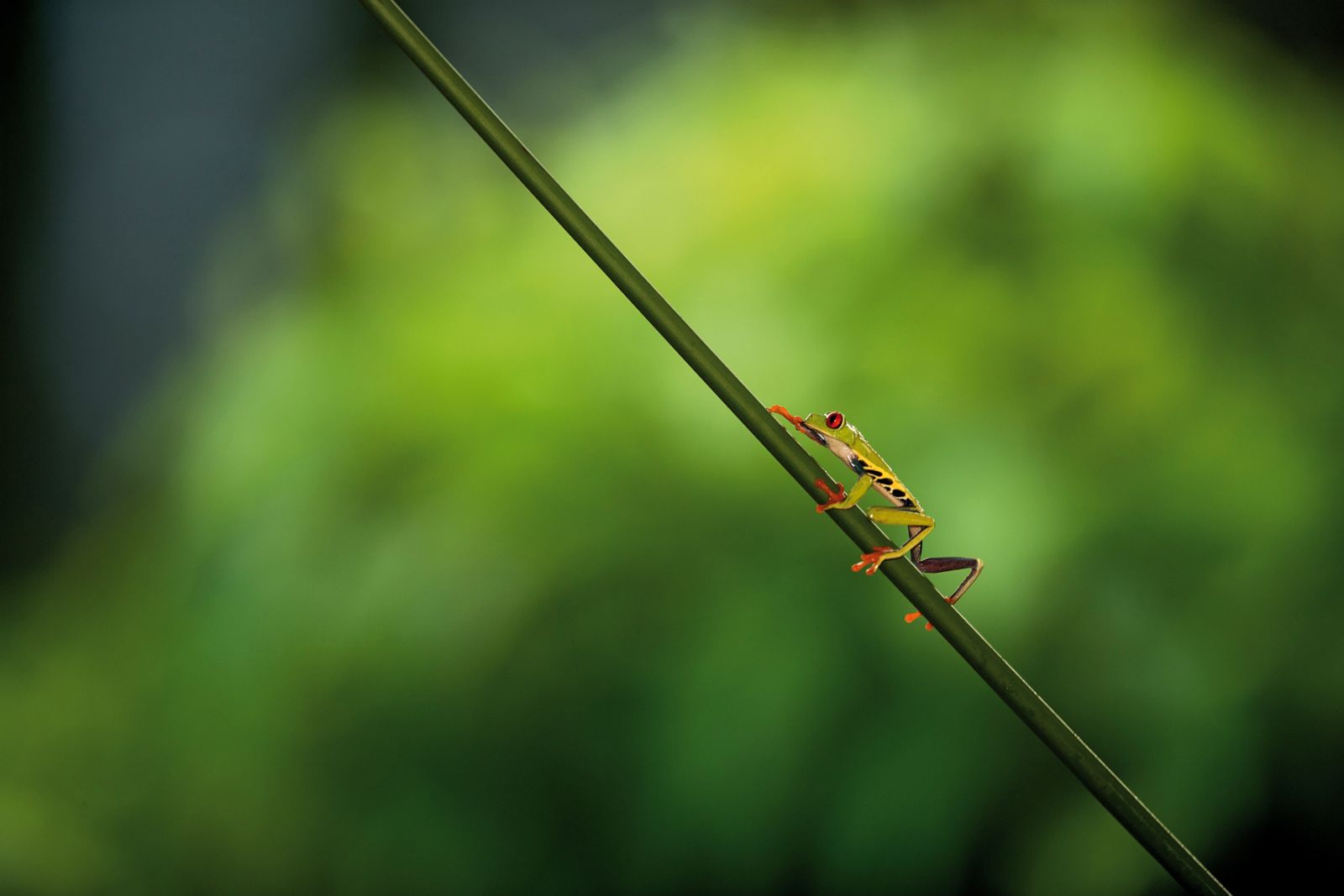 Scientists once thought frogs originated in the Mesozoic – the age of the dinosaurs – which extended over 180 million years, during the Triassic, Jurassic, and Cretaceous periods, between 250 and 65 million years ago. But we now know that the delicate creature you see here, in fact 88 per cent of all living frogs, emerged from just three ancestries soon after the dinosaurs vanished.

Some call it opportunism, Darwin preferred to describe it as adaptation. Whatever you may call it, the ancestors of this frog managed to successfully exploit ecological niches that presented themselves when a massive loss of vegetation was supplanted by a cornucopia of canopy forests, replete with insects, flies, crickets and even tiny tadpoles, a virtual buffet in a canopy seemingly designed for tree frogs.

Clearly, the frog saga is somewhat older than the self-absorbed history of Homo sapiens. After all, ‘modern’ humans (that’s us!) turned up a mere 200,000 or 300,000 years ago in Africa. And in a relative blink of an eye, we have consigned the doughty red-eyed tree frogs to death row. That’s the stark message emerging from the Intergovernmental Science-Policy Platform on Biodiversity and Ecosystem Services (Google IPBES!), which categorically states:

Nature is essential for human existence and good quality of life. Most of nature’s contributions to people are not fully replaceable, and some are irreplaceable…. The global rate of species extinction is already at least tens to hundreds of times higher than the average rate over the past 10 million years and is accelerating... more than 500,000 species – have insufficient habitat for long-term survival, and are committed to extinction, many within decades, unless their habitats are restored.

When viewed against the fact that to date science has documented only around 1.7 million plants and animals (with the vast, vast majority admittedly yet to be discovered) it should scare us witless that as many as one million species of plants and animals are threatened with extinction, including 40 per cent of all amphibians.

Homo sapiens – judge, jury and executioner – appears to be taking the job of ending the survival marathon of the red-eyed frog very seriously indeed.