It was a fine November morning when I entered the Barog tunnel, the longest railway tunnel in the heritage Kalka-Shimla track, measuring well over a kilometre. Equipped with searchlights and butterfly nets, my assistant Rakesh and I were trying to locate the bat colonies that we had heard were roosting there. Only a few metres from the tunnel entrance, we found it – a large colony of horseshoe bats hanging from the ceiling, totally oblivious to our presence. I quickly began preparing my nets to scoop one or two individuals from the colony, but was interrupted by the loud honking of an incoming train. We ran for safety but once the train passed us, decided to move further ahead. This was a good move as we came upon another tightly-packed colony of long-fingered bats hanging in an abstract formation. That day, we ended up locating several other smaller colonies of bats across the entire length of the tunnel, and also captured two individuals. This was my first rendezvous with bats in their natural habitat as a researcher and it would have been far more pleasant had I gotten away without sustaining a nasty bite from a large horseshoe bat while handling it! Terrified, we rushed out and headed to the doctor’s chamber to get a series of anti-rabies jabs. 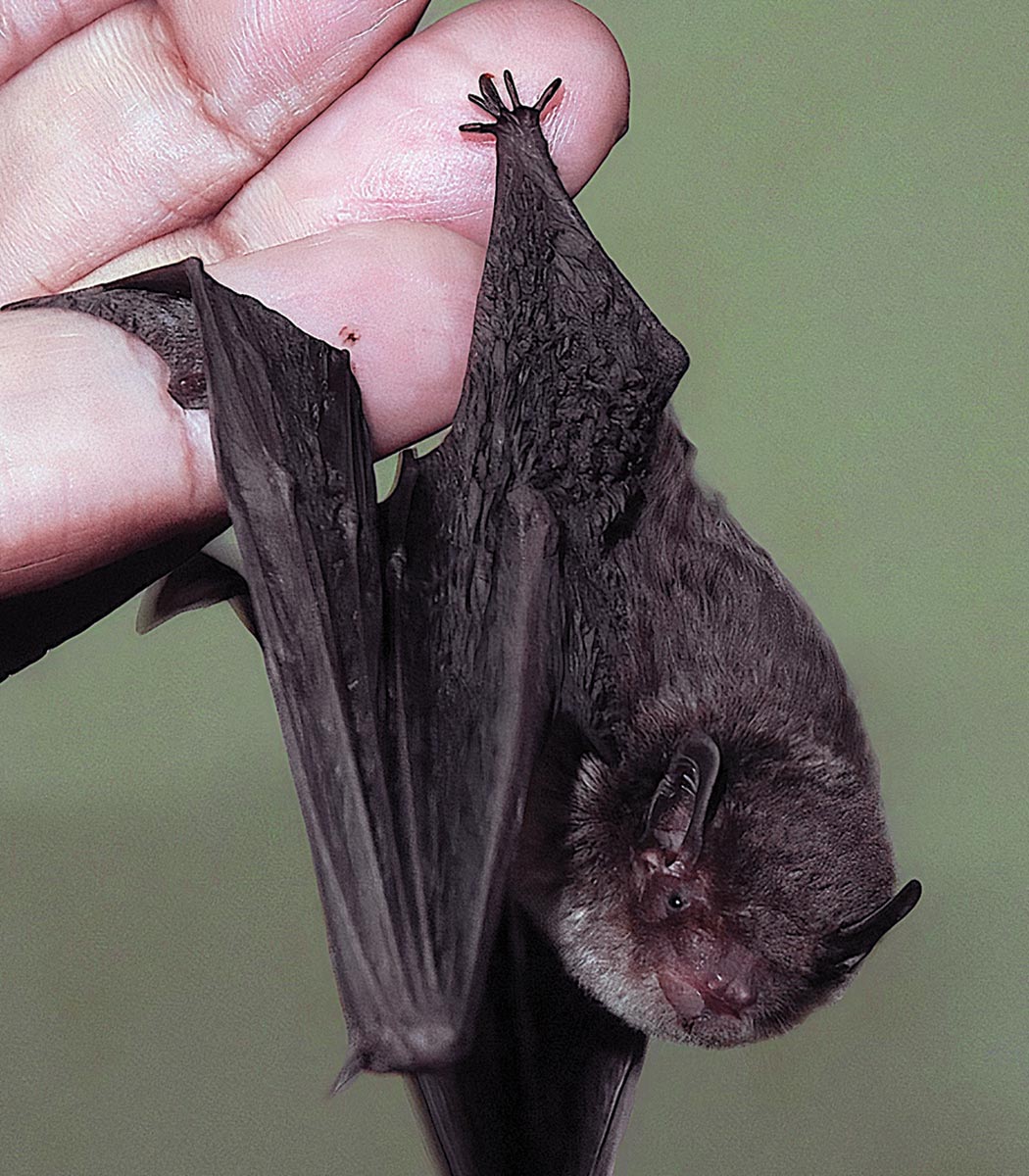 The newly discovered species, the Meghalaya thick-thumbed bat Glischropus meghalayanus has fleshy pads on its thumb and feet soles. These adaptations enable roosting on smooth bamboo surfaces. This discovery is the first record of a thick-thumbed bat in India. Photo: Uttam Saikia.

In Search For Bats

My affair with bats began almost two decades ago, when I joined the High Altitude Regional Centre of the Zoological Survey of India as a Junior Research Fellow (JRF). Within a few days, during a discussion with Dr. R.M. Sharma, the Officer-in-charge of the Centre who later became my mentor, I was introduced to Dr. J.M. Julka, an Emeritus Scientist at the Centre and an authority on Indian earthworms. While talking about my research interest, he suggested I consider studying small mammals of Himachal Pradesh as there are few studies on them. Having specialised in animal ecology during my masters, I took his advice. Dr. Julka helped me with equipment, such as a few mist nets, two pairs of collapsible poles and several portable rat traps. I also underwent a basic training on small mammalian taxonomy at ZSI Pune under the guidance of the late mammalogist Dr. M.S. Pradhan. So began my journey exploring bats in Himachal Pradesh in 2004! Eventually, I successfully completed my tenure as JRF at Solan, and was permanently absorbed in the Department. I also parallelly completed my doctoral research, working on the taxonomic aspects of bat fauna of Himachal Pradesh. 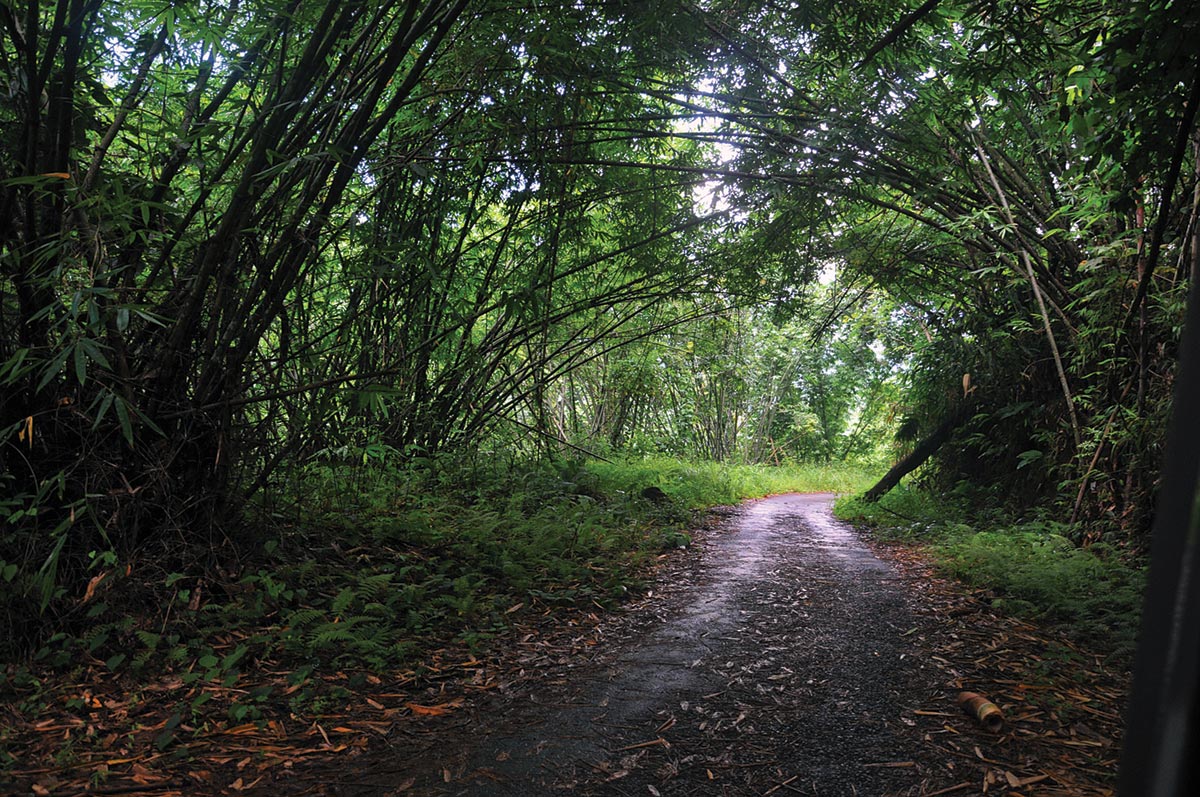 In 2020, the author observed a new kind of thick-thumbed bat while on a bamboo forest survey in the Nongkhyllem Wildlife Sanctuary, in the Ri Bhoi district of Meghalaya. Post extensive research and comparative study, it turned out to be a new species. Photo: Uttam Saikia.

After several years in the western Himalaya, I was posted at the Northeastern Regional Centre of ZSI at Shillong. We were delighted with the direction of our research; we had reported several interesting bat species from India and South Asia as a whole. Then, the COVID-19 pandemic struck in early 2020 and life came to a standstill.

Fortunately, there was a brief pandemic lull in the summer of 2020 and along with my colleagues in Shillong, I seized the opportunity to visit the Nongkhyllem Wildlife Sanctuary in Meghalaya, a small but beautiful forest region. I set up my faithful mist nets and harp traps along a bamboo patch surrounding the sanctuary area. It was late evening when a flurry of orange in one of the nets caught my attention. It was a small orange bat. I had never seen one like this ever before! Not long thereafter, two more small bats were caught in the nets, looking similar to a pipistrelle. A closer examination revealed prominent callosities in their thumbs and something told me to be more prudent and study them thoroughly. That turned out to be one of the most important decisions of my life. 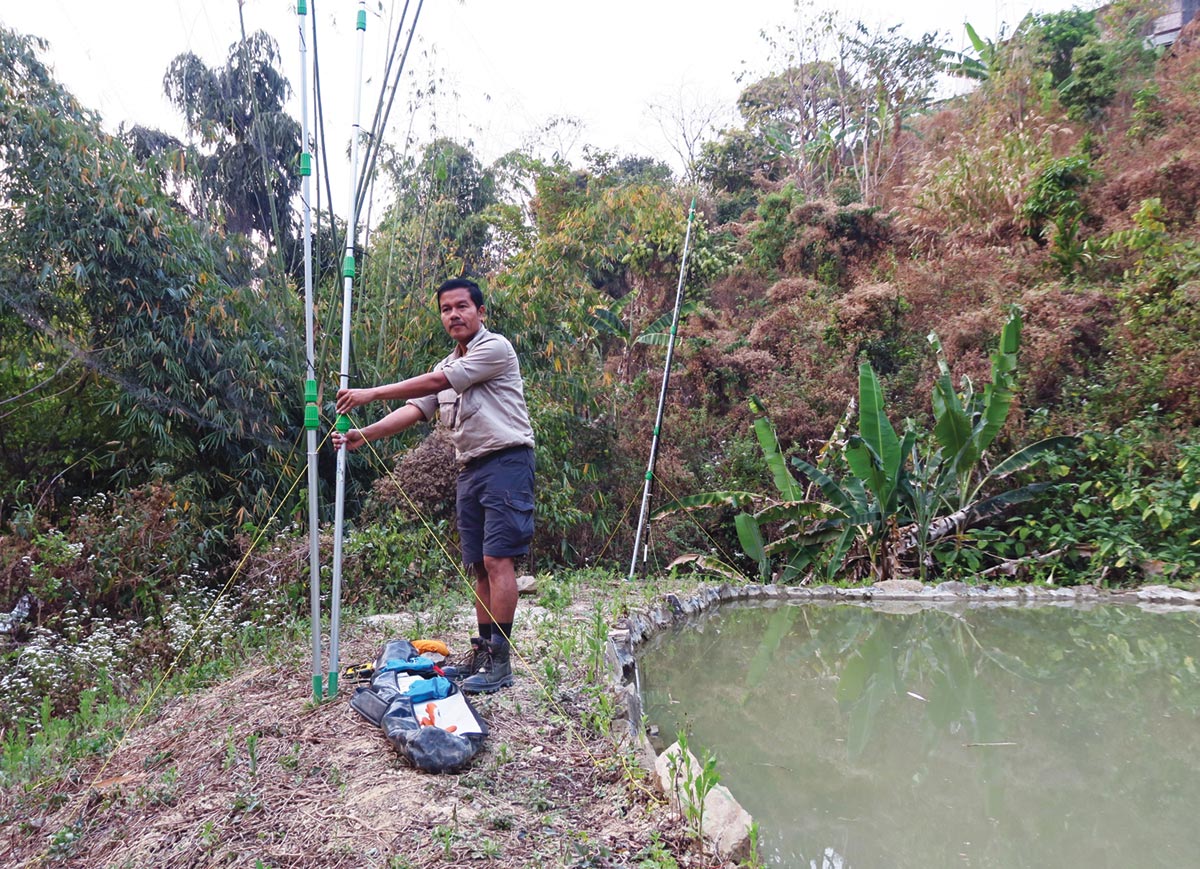 For over two decades, the author has been studying bats and their distribution around India. Here, he is seen using a mist net, which is often used to capture bats for research purposes, in Murlen village, Mizoram in March 2022. Photo Courtesy: A. B. Meetei.

Later, laboratory analysis and comparison revealed that the orange bat was a disk-footed bat Eudiscopus denticulus, a specialised bamboo-dwelling bat that was a first generic record for India and South Asia! The ‘pipistrelle-like’ small bat was more problematic to identify. I contacted my collaborator Dr. Gabor Csorba of the Hungarian Natural History Museum. An experienced taxonomist, he immediately suggested that it could be a thick-thumbed bat of the genus Glischropus. Considering that this genus is restricted to Southeast Asia, the probability of this Meghalaya specimen being a novel species was high. I was thrilled.

Over the next year, my collaborators and I analysed the cranial and dental traits of the unidentified bat and compared them to known species under the genus. After painstaking research and no matches, there was only one conclusion – this was a bat species new to science. It was the only one discovered in a decade or so from India! In honour of the state of Meghalaya where it was discovered, we coined its scientific name – Glischropus meghalayanus, the Meghalaya thick-thumbed bat. 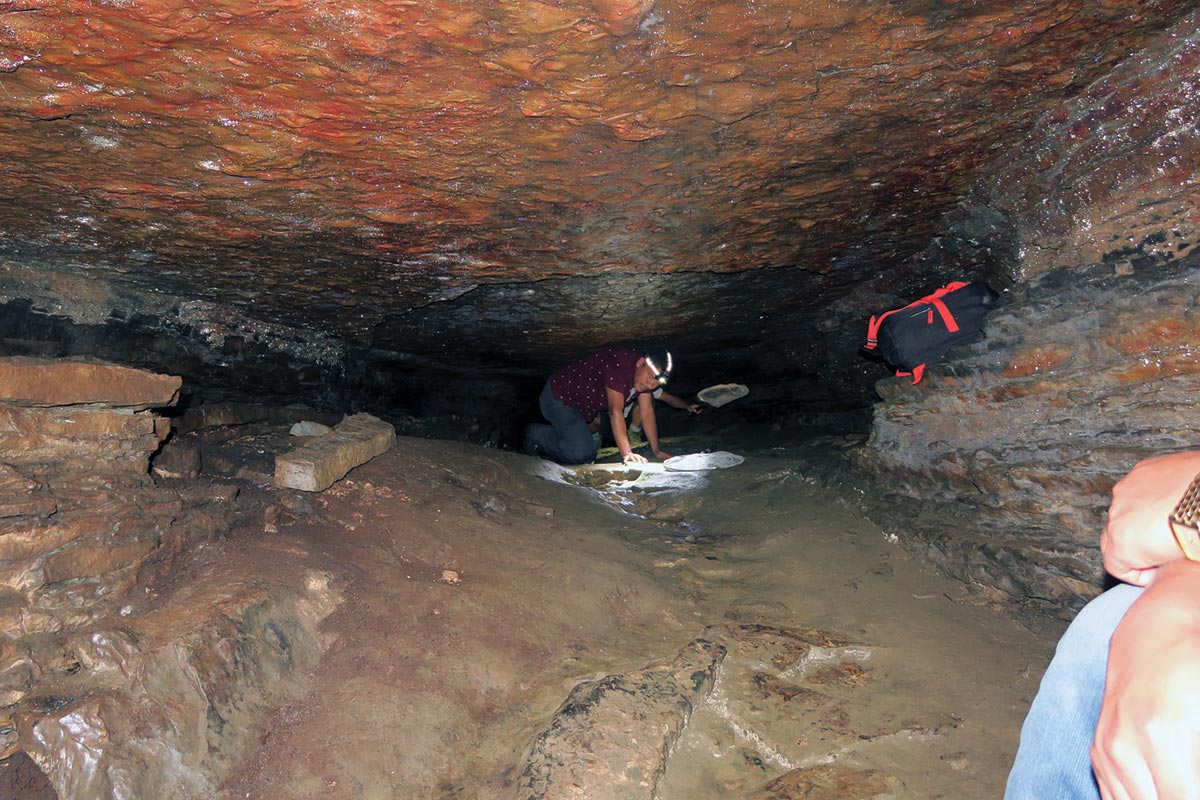 Just about 164 km. from Imphal, Manipur, the Tharon cave in Tamenglong district is popularly known as the abode of fruit bats. In its 655.6 m. length, it houses varied bat species. Photo: Uttam Saikia.

This small bat species has a forearm length of about 32-33 mm., dark brown dorsal fur and distinctly demarcated beige belly fur. Bats of this genus are known to live inside bamboo internodes and they have evolved to develop slightly fleshy callosities in the thumb and sole to aid them in roosting on smooth surfaces. Having observed the low-speed fluttering flight of this species and after analysing its wing structure, I predicted it to be an edge-space aerial forager.

Although bamboo clumps are mostly secondary forests, they have tremendous ecological value, harbouring specialised creatures like bats. The forests in and around the Nongkhyllem Wildlife Sanctuary are under serious anthropogenic pressure. Fortunately, the Forest Department are aware of the threats and are taking steps to mitigate them. 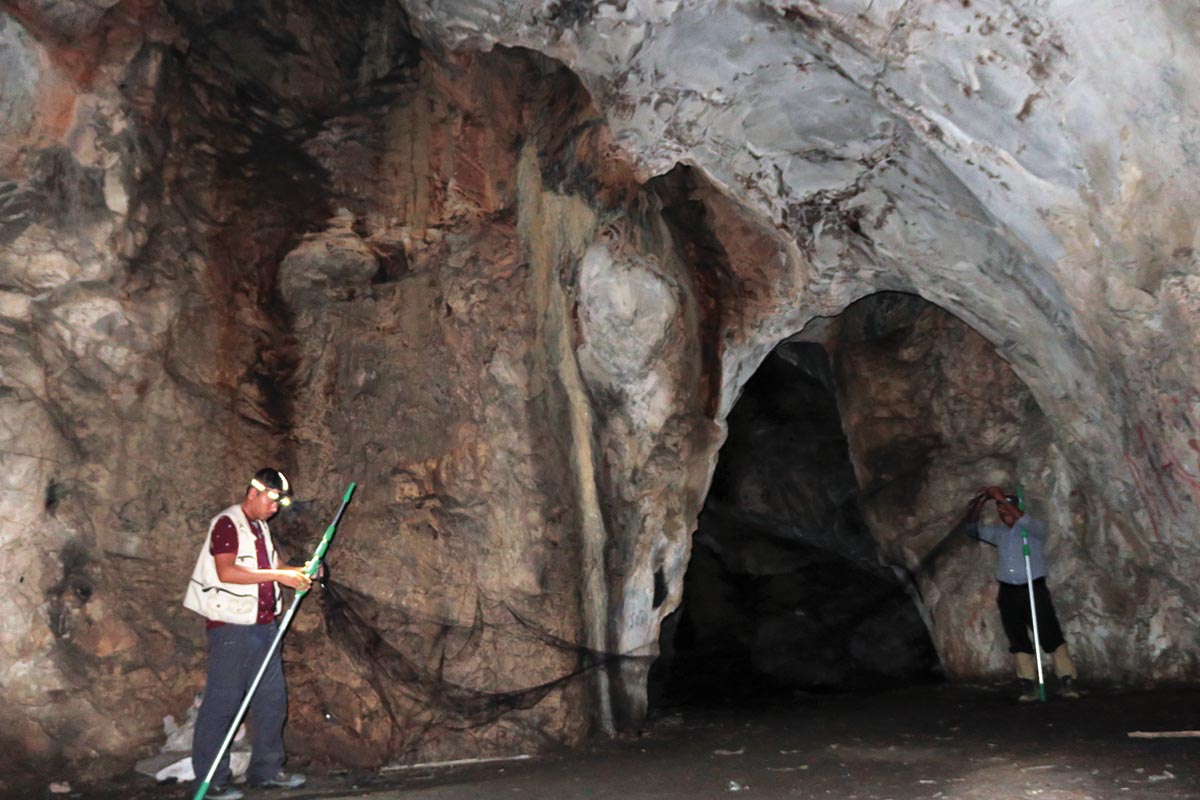 Facts or fiction: Bats and disease
Myth: Bats are carriers of serious diseases.
Truth: Bats do harbor many viruses (like several other mammals), but not all are necessarily dangerous to humans. Among the definitive disease-causing viruses that bats host include those for rabies, hendra and nipah. The bat links to diseases such as ebola, Severe Acute Respiratory Syndrome (SARS), Middle East Respiratory Syndrome (MERS) have not been conclusively established.

Myth: Bat bites are the leading cause of rabies in humans.
Truth: Bats are a known host of the European bat lyssavirus that can cause human rabies. However, an overwhelming majority of the human rabies cases worldwide are caused by stray dog bites. Thus far, there is not a single documented case of bat-transmitted rabies in India.

Myth: Bats are responsible for COVID-19 and one can get the virus from bats.
Truth: The exact series of events leading to COVID-19 is not known. Based on genetic similarities between bat-borne viruses and SARS-CoV-2 virus, bats were speculated to be the originator. But this is far from conclusive. The best evidence so far points towards this genetic similarity between certain bat borne corona viruses and SARS-CoV-2, the causative organism of COVID-19. The virus itself has never been isolated from bats thus far. Conversely, COVID-19 is a human-to-human transmission, so people cannot get the disease from contact with a bat.

The bottom-line is – as long as we allow the “wild” to remain “wild”, we are safe.

Bats are perhaps the least studied mammalian group, especially in India. Found globally in all continents except Antarctica, there are over 1,500 species worldwide. Misunderstood creatures, they are often associated with many myths and evils and are one of the most threatened mammals globally. Although scientific studies are few and far between, bats have been proven to be tremendously beneficial creatures for both ecology and human economy. Many species eat insects and are thus nature’s best pest controllers, while several others that eat nectar or fruit help in the pollination of thousands of plants. Their guano (excreta) is rich with nutrients and seeds that make for excellent fertiliser and keep forests growing. 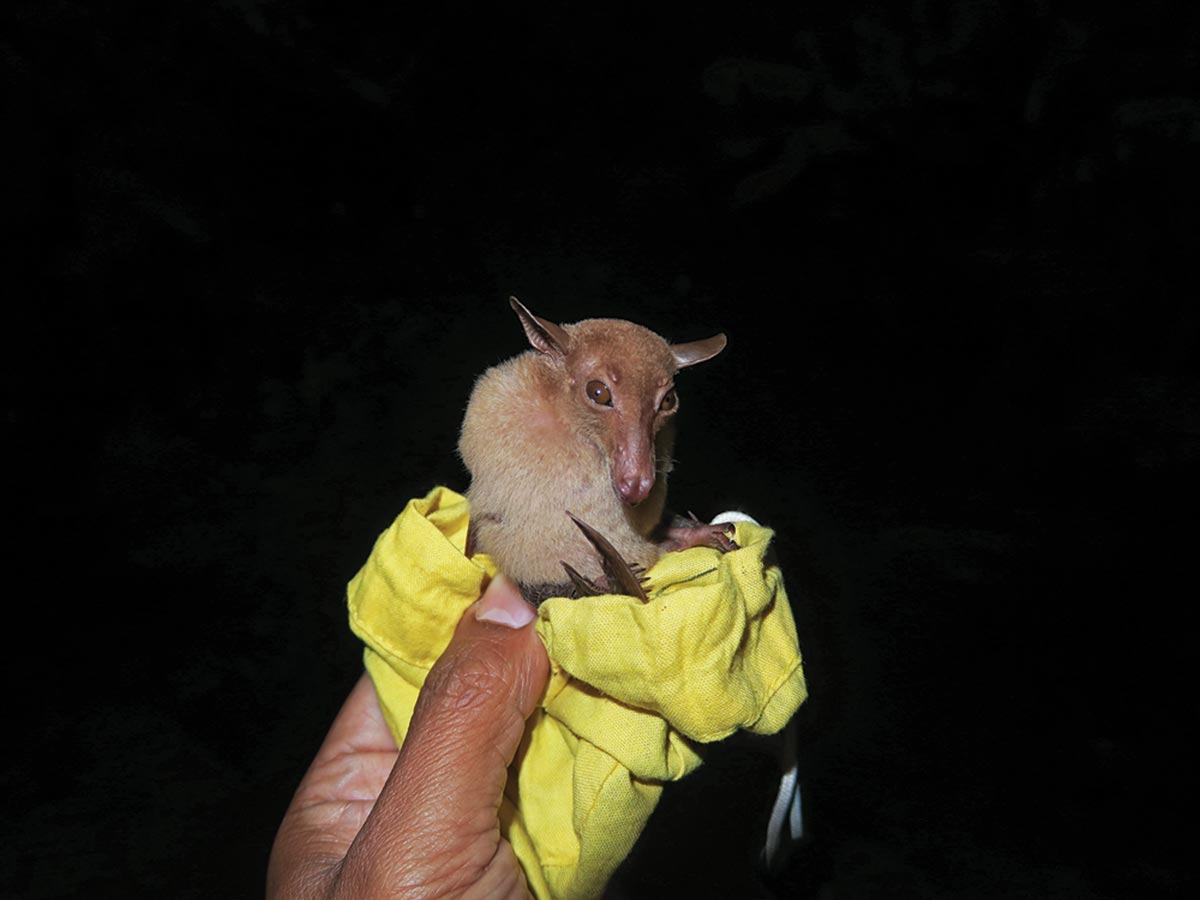 The long-tongued fruit bat Macroglossus sobronus is a megabat that is nectarivorous; it prefers to feed on nectar, especially from banana flowers. Found throughout South and Southeast Asia, it prefers to stay in mangrove swamps, montane forests, and lowland forests and usually roosts alone or in small groups. Photo: Uttam Saikia.

There needs to be wider public awareness about these and many more beneficial roles of bats and the negative impact of culling their populations. Bats can also be brought under the ambit of India’s Wildlife (Protection) Act or any other relevant laws. A statutory protection as given to bats in the Global North will act as a strong deterrence against their killing and persecution. In Meghalaya alone, our studies have found that a significant number of these bat species in the state are either facultative or obligatory cave dwellers. This also highlights cave ecosystems as one of the priority areas for bat conservation in the state. 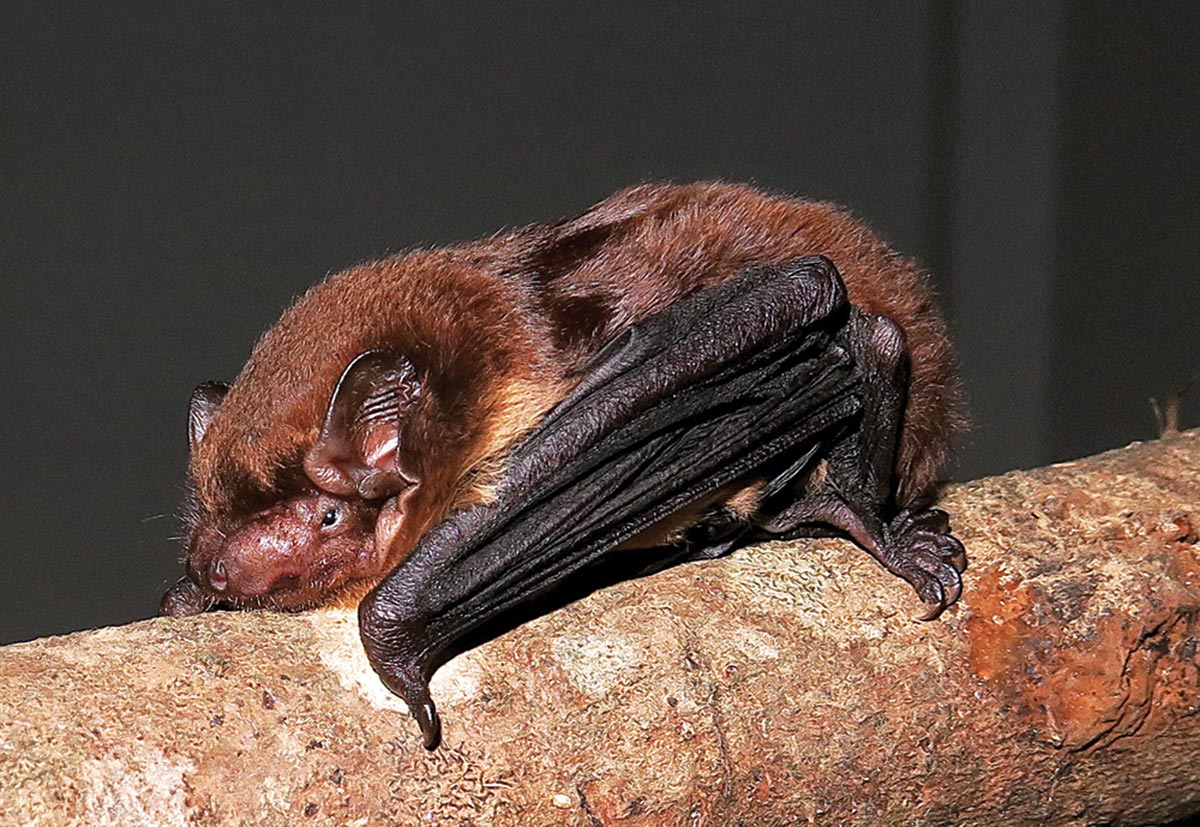 The Joffroy’s pipistrelle Mirostrellus joffrei, is a little known bat and is the only species in its genus. The author reported the species for the first time from India and Nepal. Photo: Uttam Saikia.

As I continue my exploration of bats in India, particularly in the northeastern region, I hope more people see these wonderful creatures as the treasures that they are.

Dr. Uttam Saikia With a masters and Ph.D. degree in Zoology from Gauhati University, he is a scientist in the Northeastern Regional Centre of the Zoological Survey of India, Shillong. His primary research interest lies in systematics of Indian bat fauna, with special reference to the Himalayan region.