Sanctuary’s Mud on Boots Project is a booster programme that has been designed to support grassroots conservationists across India. Selected individuals – we call them Project Leaders – receive a monetary grant and other customised support from the Sanctuary Nature Foundation (SNF) over a two-year period. The project focuses on those whose conservation leadership potential is overlooked by large organisations and government agencies because of limitations such as a lack of academic qualifications, access to technology or language barriers. Our Project Leaders may not fit the mould, but they are self-motivated, dedicated, knowledgeable, innovative, eager to learn, and are making a real difference on the ground, often against formidable odds.

In every issue of Sanctuary Asia magazine, we share their updates from the field. You can donate to this unique Sanctuary initiative here.

Fences for People and Elephants 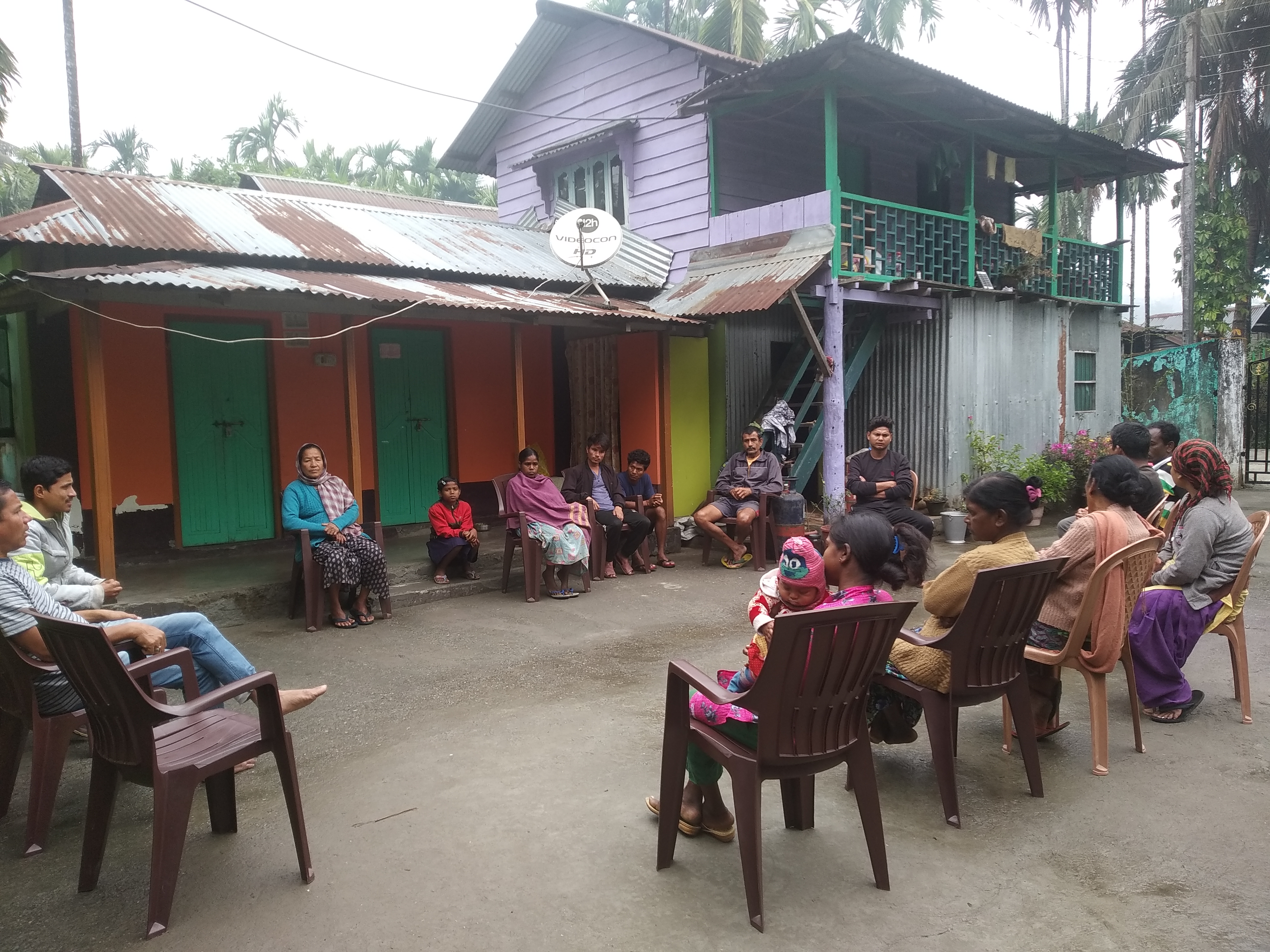 In Panijhora village of West Bengal, Project Leader Amir Chhetri hopes to erect a solar fence around the community’s agricultural fields to reduce crop depredation by wild elephants and other animals. Amir is a team member of The Coexistence Project, which aims to foster safer shared spaces between people and wildlife using science-based conservation interventions.

Since January, Amir has been taking the proposal for the solar fence to Forest Department officials, the local Eco Development Committee (EDC) and the residents of Panijhora forest village. All stakeholders have approved the project and agreed to participate in fence installation and maintenance! The fence design has been finalised with input from Arjun Kamdar of WWF-India, who has studied the efficacy of similar communityowned fences in the Brahmaputra landscape of Assam. Engineers from Society for Nature & Animal Protection (SNAP) will also be consulted before the fence is installed.

This month, Amir is attending a training session at the WWF-India field office in Assam to gain hands-on experience on fence maintenance and community participation.

Of Lynx and Livestock in Ladakh 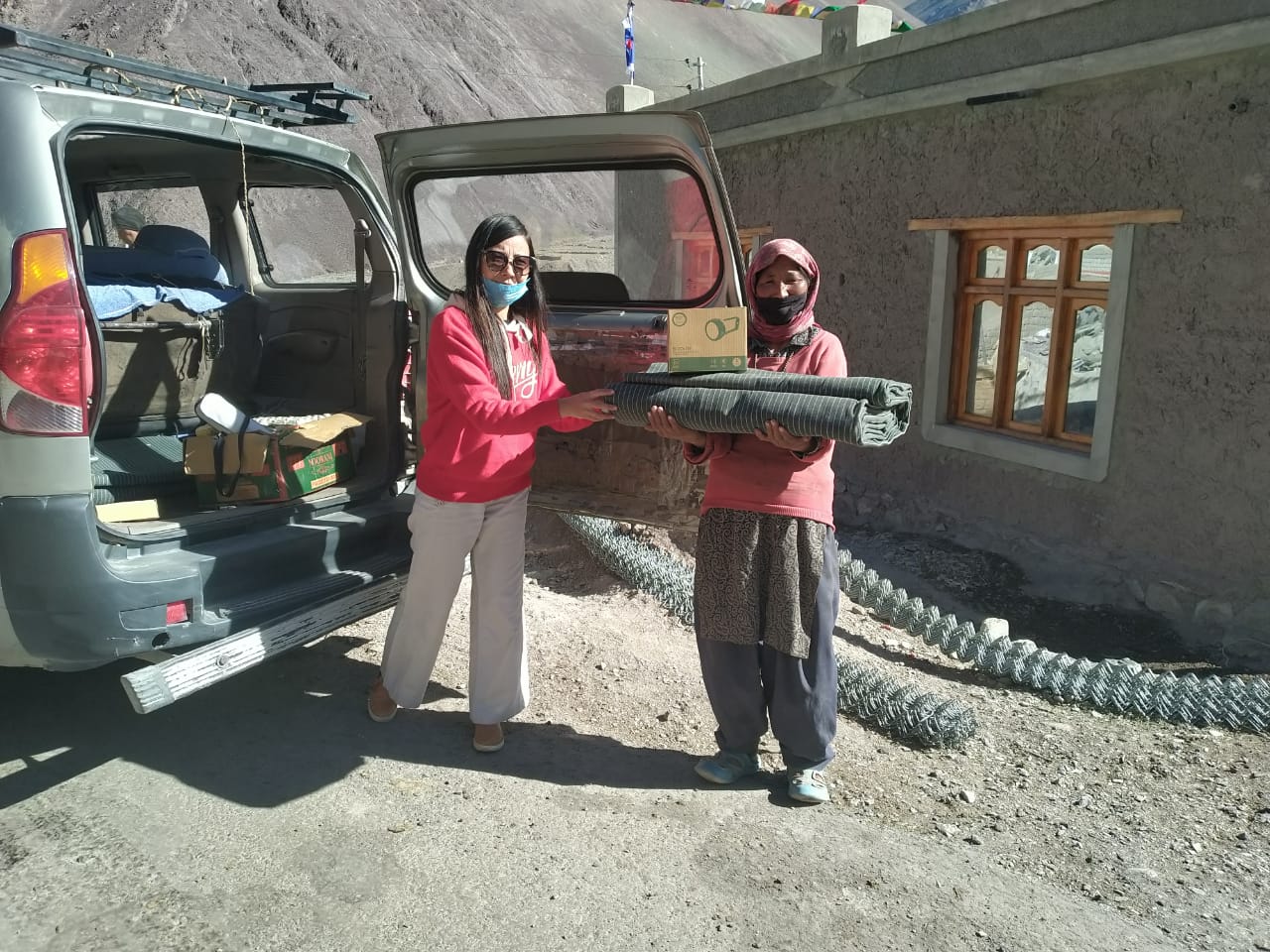 According to Project Leader Phuntsog Dolma, pasture denudation and livestock depredation by wild carnivores have played a major role in the decline of livestock rearing in Rong valley, Ladakh. This has resulted in economic losses and an alienation from traditional practices.

In December 2020, a Eurasian lynx killed a Changara goat in Kungyam village. The finest cashmere or Pashmina is spun from the fur of this goat and they hold great economic importance. Though the goat was killed, the goatherd was able to trap the lynx in a lambing shed. Despite the loss to his flock, the herder was compassionate enough to spare the lynx and alert the Forest Department, which released it back into the wild. Phuntsog personally met with the flock owner and other members of the community to discuss wildlife attacks on livestock and potential mitigation efforts. Phuntsog is pursuing compensation for the owner from the Sheep Husbandry Department, and has already facilitated the installation of a chainlink fence for his corral.

Phuntsog has also been deciphering the challenges to rearing indigenous livestock. In February, she visited Teri, Kyungyam and Liktse villages and held discussions on the hurdles faced by livestock breeders and herders, government schemes and assistance available to them, and dignified livelihood opportunities. 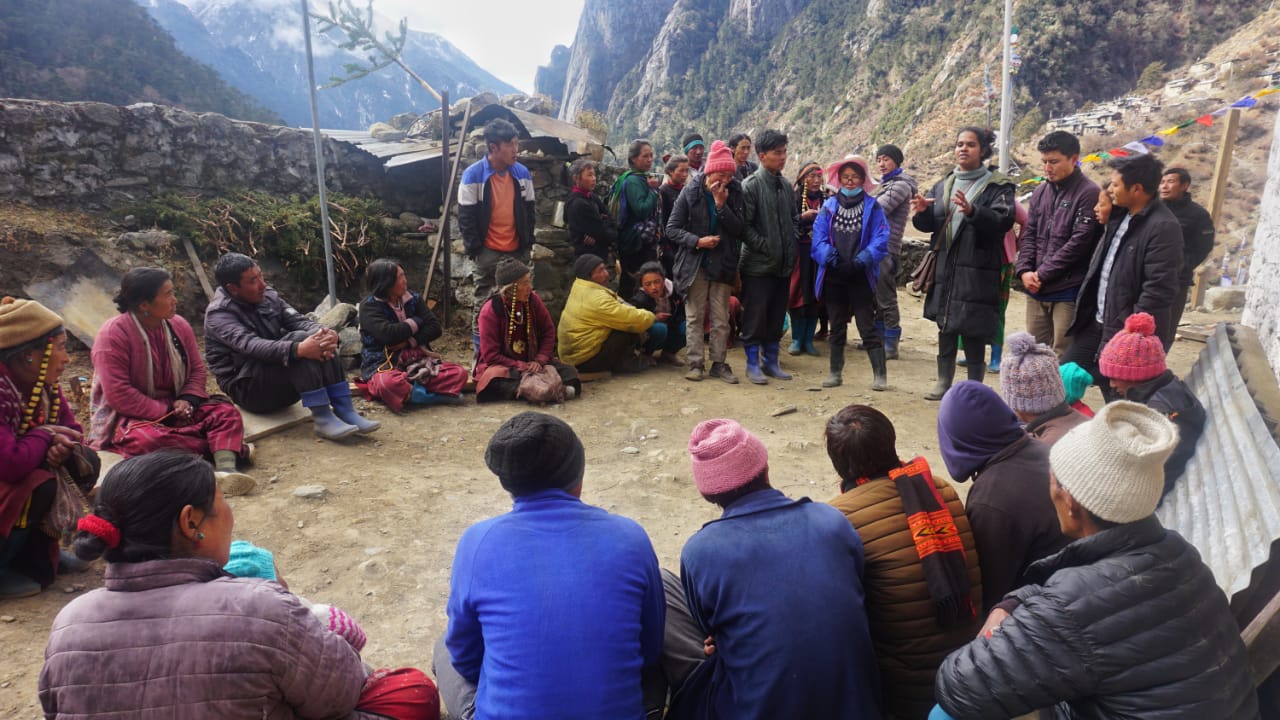 Project Leaders Dechin Pema and Pemba Romo have been out of network for much of this year, as they have been visiting remote villages in Mago-chu, Tawang district of Arunachal Pradesh! In February 2021, they visited Thingbu, Mago and Luguthang where they attended local gatherings and conducted one-on-one interviews. Through these interactions they are building relationships, and recording community perception towards wildlife and conservation. Relatively recent challenges such as conflict between wild predators and Monpa yak herders, consequent retaliatory killings, hunting by outsiders, and the absence of veterinary facilities, were discussed.

Dechin and Pemba work with guidance from Janaki M., a Project Officer of WWF-India’s Western Arunachal Landscape. The duo are studying the perception of local communities towards conservation, and understanding traditional practices and institutions that are rooted in natural resource management. We believe that their work is setting a foundation for future community conservation initiatives in the area.

Vishal Ahuja has been facilitating the rewilding of abandoned agricultural terraces in Chamba valley to bring back native flora and fruiting trees. Photo courtesy: Vishal Ahuja.

The neglected, little-known, and denuded broad-leaf oak and pine forests of Gajnui, Himachal Pradesh, have found a champion in Project Leader Vishal Ahuja. The once lush forests of the Chamba valley have given way to agricultural terraces that are regularly “raided” by langurs, macaques, porcupines and black bears. Today, the tiny Kalatop Khajjiar Wildlife Sanctuary and a few other isolated forest patches are all that remain of the forest in the area. The drastic loss of fruiting trees and native flora has escalated negative human-wildlife interactions, and so Vishal is working to rewild abandoned terraces.

This winter, Vishal developed a list of native wild fruit species, such as the wild Himalayan cherry and wild Himalayan pear, that are disappearing. He also visited local nurseries to note the availability of saplings of native fruiting trees and to seek support from the gardeners for this rewilding effort. Though the majority of plantation work will occur in the monsoon months, Vishal obtained 10 walnut saplings from the Gamgul Wildlife Sanctuary nursery, and planted these in two locations. He has also been persistent with his community outreach work to win supporters and collaborators for the project. Vishal is guided by Dr. Sanjay Molur, recipient of the Sanctuary Wildlife Service Award 2020, and Founder and Secretary, Wildlife Information Liaison Development Society (WILD).

Rescue and Patrol in Pokhran 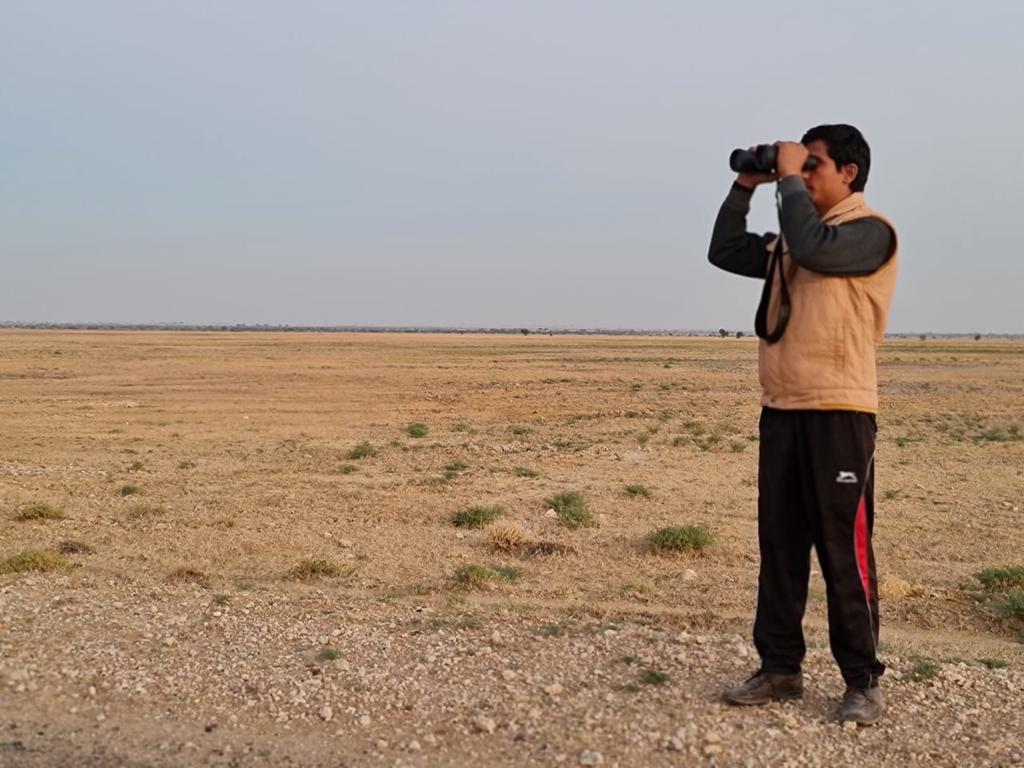 In the bleached yet vibrant landscape of Pokhran, Rajasthan, Project Leader Radheshyam Bishnoi patrols a 50 sq. km. area to monitor the critically endangered Great Indian Bustard (GIB). Radheshyam works under the guidance of the Ecology, Rural Development and Sustainability Foundation that focuses on community conservation initiatives in this crucial GIB habitat.

Radheshyam, along with his associate volunteers, patrols and monitors GIBs in the eastern side of GIB Arc area that includes Dholiya, Gangaram ki Dhani, Khetolai, Loharki, Chacha, Odhoniya, Bhadariya, Laathi, Mawa, Ramdewra, Khara, Didhu and Ajasar. He also visits rail routes, roads and areas covered by high tension electric wires, collisions with which are known to be a leading cause of GIB mortality. Though walking may sound mundane, it is an excellent approach to conservation in this area.

While patrolling in February 2021, Radheshyam rescued two chinkaras injured in a road accident, one Common Crane, two egrets, one wounded vulture, and one nilgai that was attacked by feral dogs. Radheshyam is an excellent wildlife photographer and diligently photographs the biodiversity of his desert home. Now with the onset of summer, he and members of his Bishnoi community are readying water pots and watering holes for the wildlife that they revere.