The Road from Char Dham to Char daam

(This is the second article in a two-part series on the controversial Char Dham project in Uttarakhand that has devastated entire mountain sides and biodiverse forests.  Read the first part, here.)

Everything has a price – potentially.  It depends on one’s view.  Solitary caves in Kedarnath where wandering sadhus practiced meditation, today are expensive meditation suites only available on pre-booking; free-flowing rivers racing to the sea are frivolities that can be dammed and squeezed into rupees four per unit; pilgrim towns offer peace but at profitable rates, and spiritual tourism is the legitimate term for this money-spinning of devotion; the Himalaya yet breathing in the silent, pure air of its peaks needed to be woken to the frenzy of modern society -- and so we build the Char Dham route, taking us from the value of a thing to its price; in effect from a Char Dham to a Char daam.

Even as our Ministry for Roads and Transport worked in full haste, bulldozing its way through slope and ravine, the newly formed High Powered Committee (HPC) in August 2019, tasked with the critical mandate of ‘protecting and conserving the Himalayas’, began surveying these valleys. The court order clearly stated that the final recommendations of the committee would be submitted to the Ministry for implementation. Hence the obvious and legal thing for the Ministry would have been to wait for the HPC to complete its survey and arrive at its solutions. Instead MORTH raced ahead with slope felling. Letters by the Chairman to suspend work were simply ignored - ‘disheartening’ was the term HPC used in its report. Dense oak and deodar forests, like at Kund in Kedarnath valley, which could have been saved, were razed overnight. Tons of muck was thrown into rivers and streams; slopes collapsed; in our very sight the Himalaya was being torn down illegally to build a super highway whose road width was invalidated by directions of its own ministry and in direct violation of the Supreme Court. Every step was a breach of public trust, a gross waste of national resources and public funds, especially at these times of an economically crippling pandemic. Despite this, not once had the Ministry nor any implementing agency been held to account.

The final report of the HPC exposes the devastation. It is reported that of the 174 slopes cut 132 became landslide prone. Old and dormant landslides were re-triggered; roads that were disaster resilient became disaster prone overnight.  Destruction of forests, wild life habitat, the increased intensity of disasters, in a world of climate change, through choked, debris-filled waterways was all duly noted. The HPC stood by helplessly as the implementing agencies continued to undermine and sabotage their efforts; in fact ensuring through their unabated speed that the entire labour of the HPC would be reduced to an academic exercise, non-actionable because the damage had already been done. 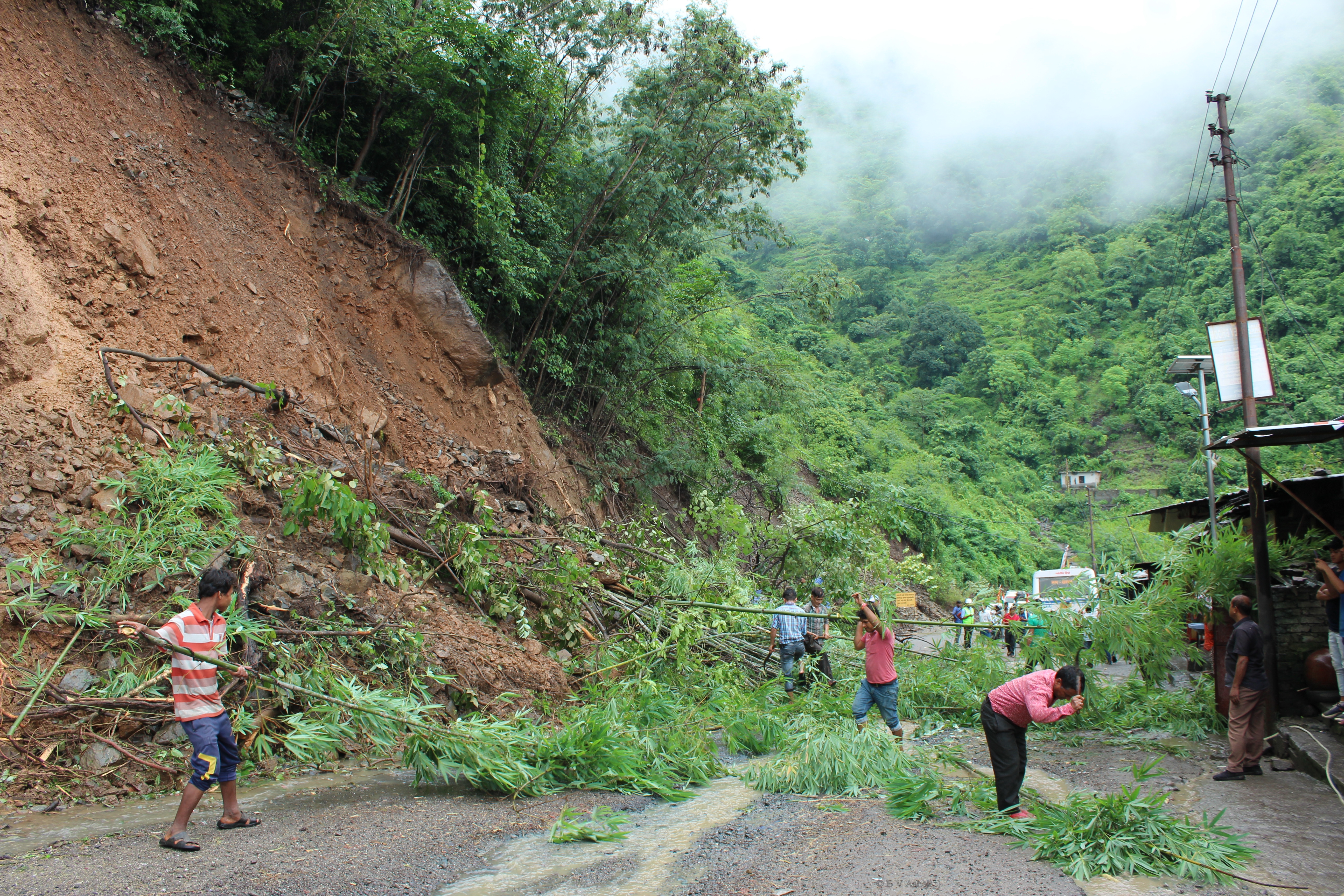 A landslide on the road between Haridwar to Joshimath. Photo: Ashok Beluw/Public domain.

The Himalayan woolly squirrel, thought to be extinct since 1924 has made an unexpected and heartening reappearance in the Gangotri National Park in these last months. These large eyed, gliding mammals require cliff-edged coniferous forests to thrive. Projects such as the CDP could well knock them right back over the delicate precipice of extinction. Compounding the threat are ill-conceived proposals of our government such as opening the Dhams to tourists for the six winter months when by tradition the valleys are left to recover in tranquility and solitude; when the deities are brought down from the main shrines to smaller village temples and when Nature emerges from under crevice and rock and reclaims her right to be.

And yet such catastrophes are far from our consideration. Well, what is it we do consider then?

The main justification of the DL-PS as stated in the guidelines of the Indian Road Congress lies in the ability of traffic to speed and overtake without slowing down on these massively tarred roads, and accommodate an anticipated sharp rise in traffic inflow in the future to over 9000 vehicles per day. But the HPC found such projections unrealistic. It was yet another matter that the close ended valleys of the four Dhams are highly steep, narrow and fragile with a very limited carrying capacity. This carrying capacity which should have been the fundamental consideration for any such project has never been done. The HPC in fact found that Badrinath with its current load of under 1,000 vehicles per day had already reached its full carrying capacity, and the other sites were in a similar situation.

The other justification given for this wide highway is that DL-PS was the standard government design. The Ministry conveniently concealed from the courts and from the HPC, that MORTH itself had declared such a width unsuitable for hilly terrain in 2018, and specifically amended the DL-PS width to an intermediate width. 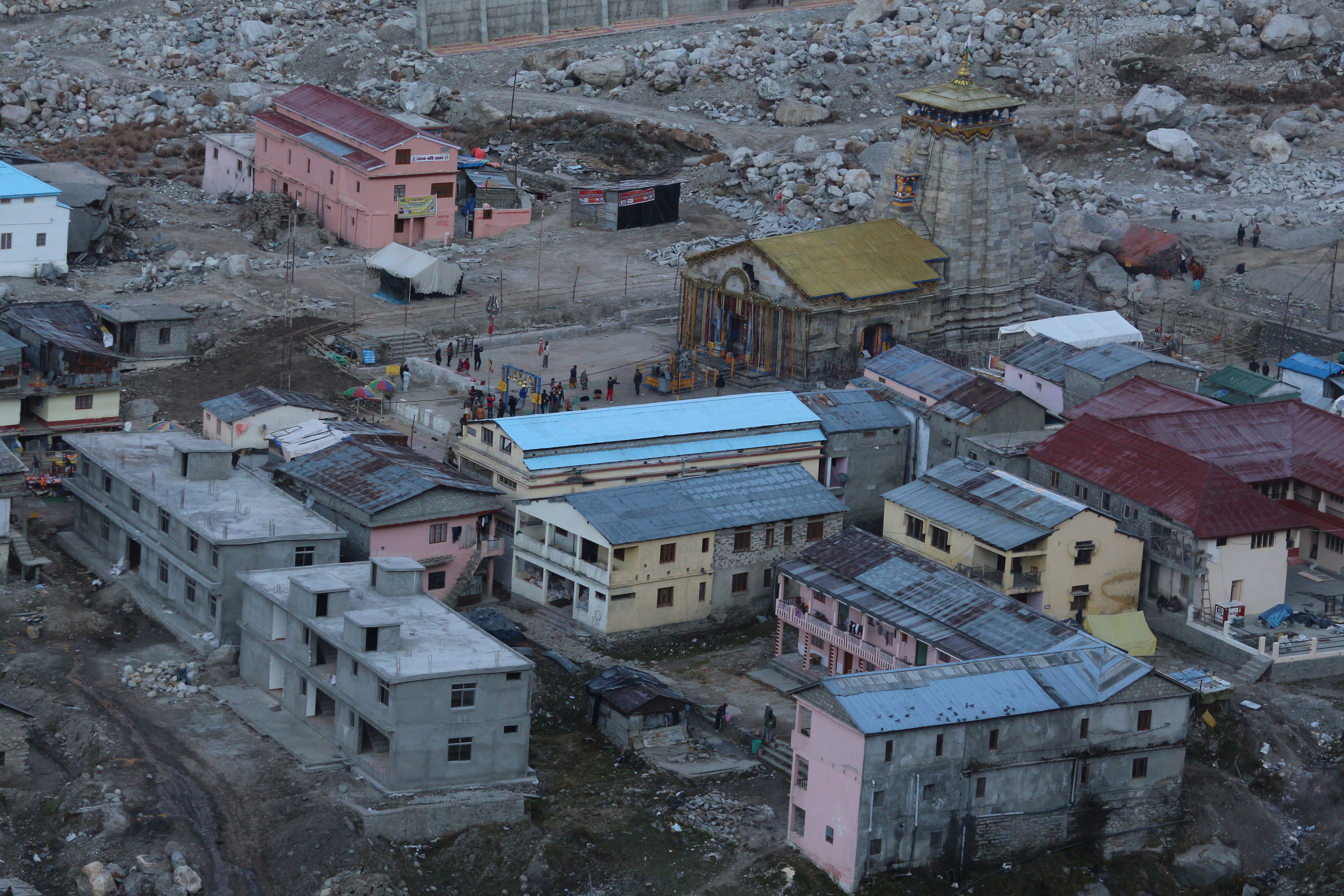 A view of the Kedarnath pilgrim town. Photo: Public Domain.

The entire story, vile as it may be, of how we ended up at this point is one worth telling. On the one hand the HPC was faced with the undeniable ravages of the project caused by the requirements of this excessive road width. On the other stood the aggressive implementing agencies and our Ministry with the might of the government and its rigid predeterminations. The HPC members, consisting largely of Government employees and officials, even in the face of the overwhelming evidence detailing the damage the DL-PS width was inflicting, defended this design. Only the chairman and three independent members supported the narrower intermediate lane that would require minimal slope cutting. The issue was forced into a vote, and all the government members voted in a block for the DL-PS while the four others were forced into a minority. This was the last meeting of the HPC before the final report was due. Astoundingly MORTH was still concealing the 2018 circular. The voting and all the deliberations had taken place under these vitiated circumstances. It was by purest accident that a member of the minority group came across this circular posted on the MORTH website! The Chairman immediately circulated it and asked the majority to reconsider their vote. Only one had the integrity to do so.  The circular proved that in fact the minority group had been right in their conclusions, as had been the original petitioners who had raised the issue in the first place demanding a limited road widening as against the damaging blanket widening that was underway.

Under such trying circumstances the Chairman, Dr..Ravi Chopra, decided to put the matter before the Supreme Court for its final verdict on the issue of road width, for as he wrote: ‘The division of the HPC, on a vital issue that should have been clear and uncontested, is unfortunate for the Himalayas.’

Meanwhile the majority surreptitiously made its own report and submitted this report to the MoEFCC as the final HPC report. The Chairman was kept entirely in the dark until he went to submit his report and was politely informed that the report had already been submitted! Such was the level of maturity displayed when dealing with the fate of the invaluable, sky piercing mastiffs we call the Himalaya. 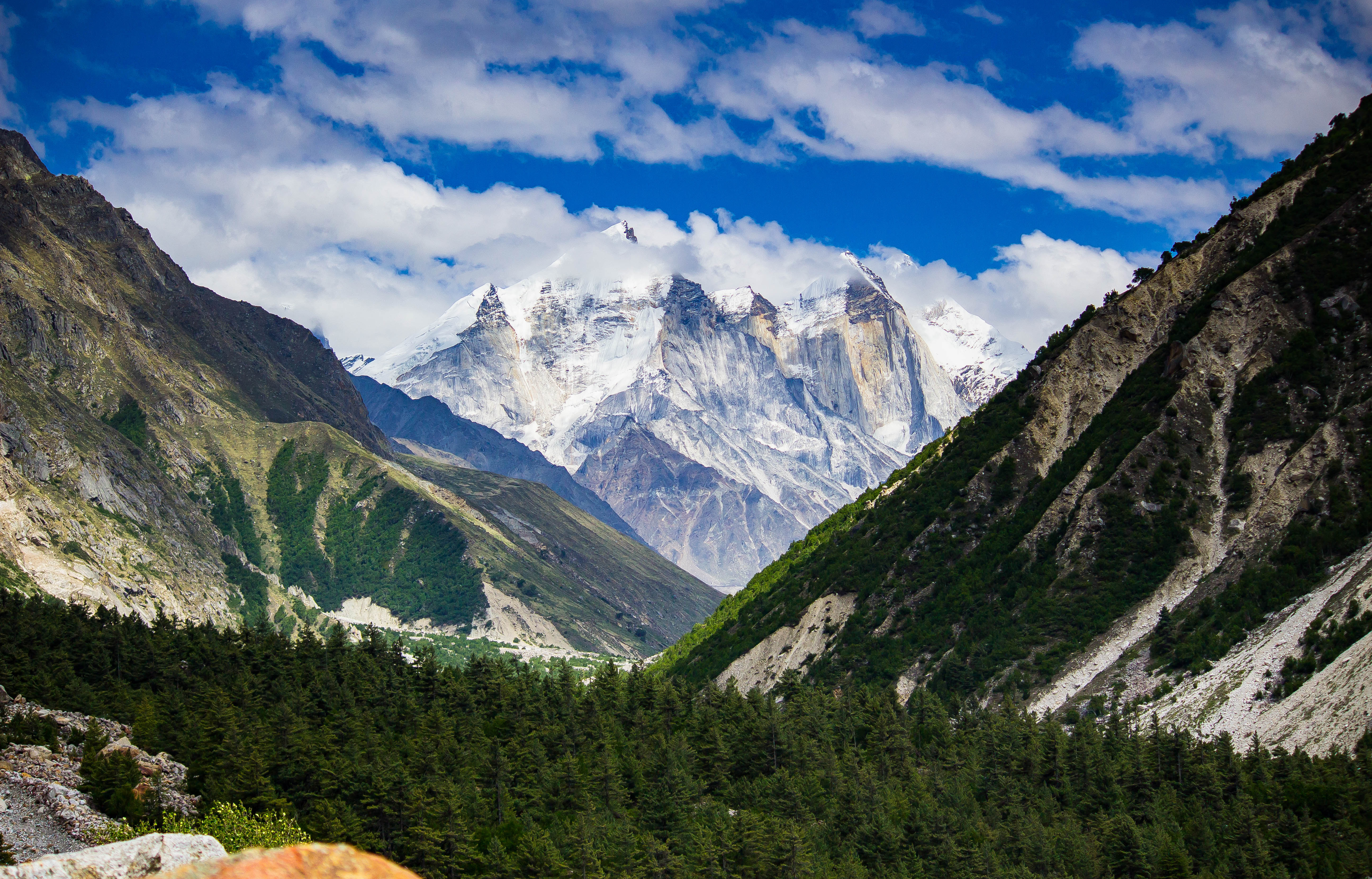 The court dismissing the majority vote ordered in September this year that ‘The 2018 circular alone will apply.’ The defense argument that it should be applied only prospectively was dismissed with these sharp words: ‘Having taken stock of the current situation and of the fragility generally of the eco system in mountain terrain, we are of the view that this argument has no legs to stand on.’

Although this was a heartening victory for the environment, the Ministry declared in leading newspapers that the intermediate lane width applied only to the stretches where work had not yet started. The battle to save our mountains continues. The HPC seeks to mitigate the damage where excessive width has been achieved by indigenous tree plantations and the much required walking footpath; in stretches where work has not started many slopes will now be preserved. It is a telling fact that several landslides were recorded extensively in the Char Dham routes this monsoon – the only exception being the Uttarkashi-Gangotri stretch where no work at all was done.

Even as we build our motor roads to take us to our fabled Dhams, we seem to forget that the Himalaya, these formidable peaks of Shiva, is itself the pilgrimage. The large horned bharal, the swift antelope, the invisible snow leopard and rust colored weasel are creatures that live and thrive as an intrinsic part of the majestic landscape. It is not ours to wrest; it is certainly not ours to mutilate into road kill. The price of every wild creature may be stamped on park tickets, but their value is obviously yet beyond our comprehension.

The tragedy here is not only the massacre of our Himalaya, the divine-souled mountains of our civilization; the glacial womb of majestic rivers, our water towers and our weather setter, but more acutely, in the violation of every dharma – spiritual, social, environmental and personal it has injected into our lives and our institutions. These are not wounds that one can easily recover from.

The fight for justice began over two years ago when seven petitioners filed a PIL in the NGT. One of them, Uma Joshi, died when her jeep hurtled down the valley in a landslide on the Char Dham route in October 2019. Seven others were crushed along with her.

It was in this Himalaya that the prayer of our rishis arose in moonlit forests: “Lead me from the Untrue to the True; From Darkness to Light; From Death to Immortality.” The route that takes us from a Char Dham to a Char daam is not a pilgrimage worth the making.

Priyadarshini Patel is Head Member of Ganga Ahvaan, a citizen’s forum working towards conservation of the Ganga and the Himalaya. She initiated the movement to conserve the last pristine stretch of the Ganga - from Gangotri to Uttarkashi, which is now known as the Bhagirathi eco-sensitive zone (ESZ). A resident of this ESZ, Priyadarshini is currently working towards sustainable development initiatives in the valley.