Through The Lens Of Indigenous Women Filmmakers

I have been an environmental filmmaker for more than 25 years now, and I have always found the camera to be a very interesting tool. In some ways it has been a constant companion, helping to understand, connect and see things in a deeper, closer way. I have never seen myself as a woman cameraperson/filmmaker specifically. At the same time, I have been conscious of the fact that others perceive it like that. And that has worked in multiple ways across different situations – from being asked whether one could wear a sari while filming with traditional fishers on trawlers, to a group of Nyshi men taking extra care of us while going into a forest with our camera gear. And in most situations, the perception transcends beyond your identity as a woman, once the work begins. However, at the end of it, being a woman is not your only identity; you are also from the outside, and from a different privilege.

How is it then when you are a woman from within the community, the first one to pick that camera; to tell the stories from the inside? How does the community perceive you? Over the last six years, we have had 22 girls mostly from indigenous communities, as part of the Green Hub fellowship in Northeast India. It is a video fellowship that empowers youth from the Northeast to engage with conservation and social change using filmmaking as a transformative tool. 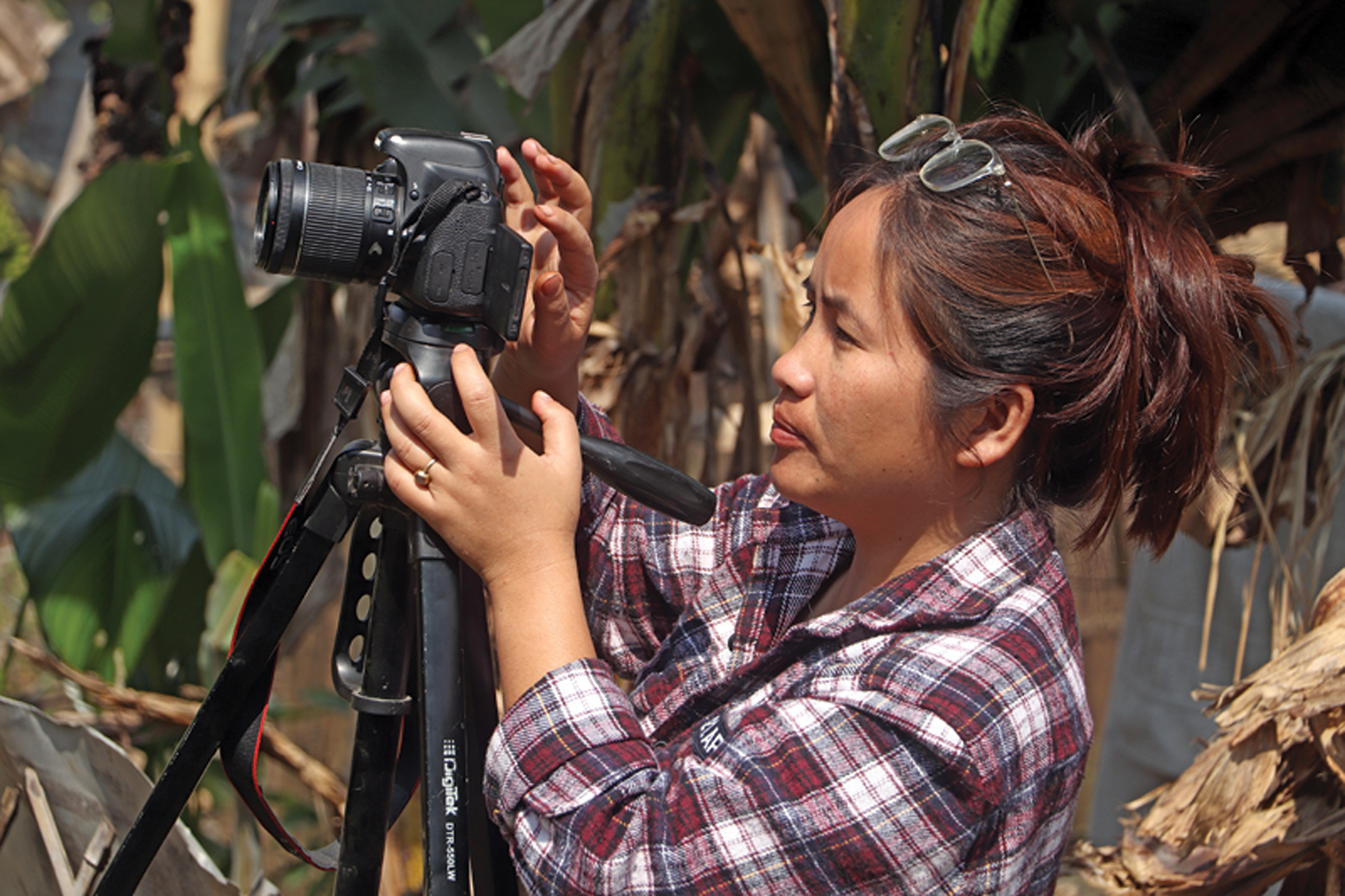 Chajo Lowang is a Nocte from Tirap District in Arunachal Pradesh. Passionate about photography, she was self-taught before joining Green Hub. Her interest lay in documenting stories of her community. “When I walk into the village with the camera, people don’t take it too seriously. It is different for a boy. I don’t get much support as of now, though recently a women’s group invited me to film an event.” She now uses social media for sharing her work, and the feedback keeps her motivated. For Chajo, this is just the beginning and her hope is that she will be able to make an impact on environmental issues over time and be recognised by her community. 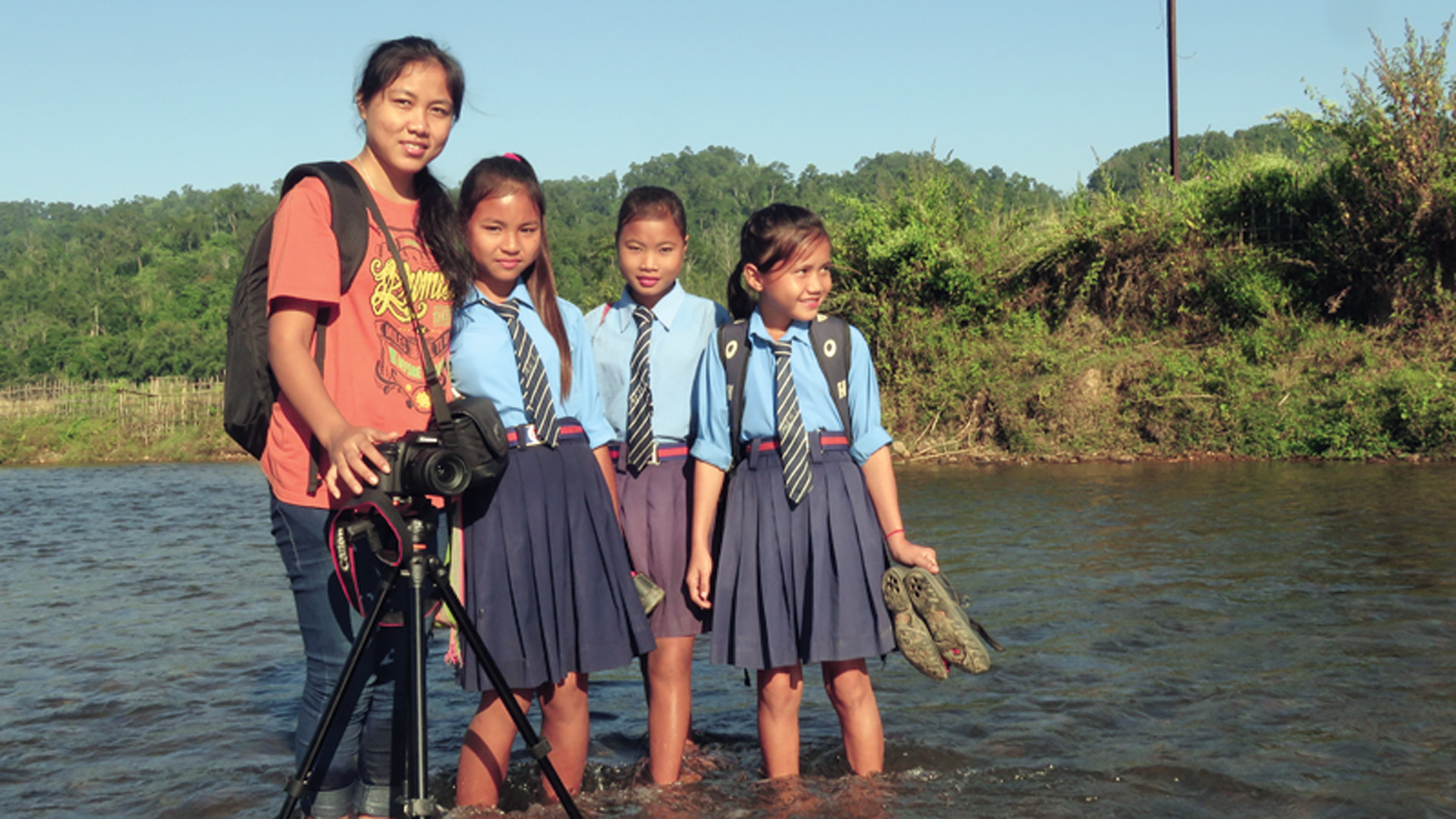 Serlibon Timungpi from Karbi Anglong in Assam, joined Green Hub to find ways to protect a hillock near her home that was being mined. She first felt the power of the camera when she was documenting one of the Karbi festivals. “People thought I had come from outside to film. When they got to know that I am a Karbi and from here itself, they were surprised and proud of me,” states Serlibon. The camera and filmmaking have helped her to create a niche identity as a youth spokesperson for environmental conservation. Today she has become a catalyst for community-driven conservation projects in her area. 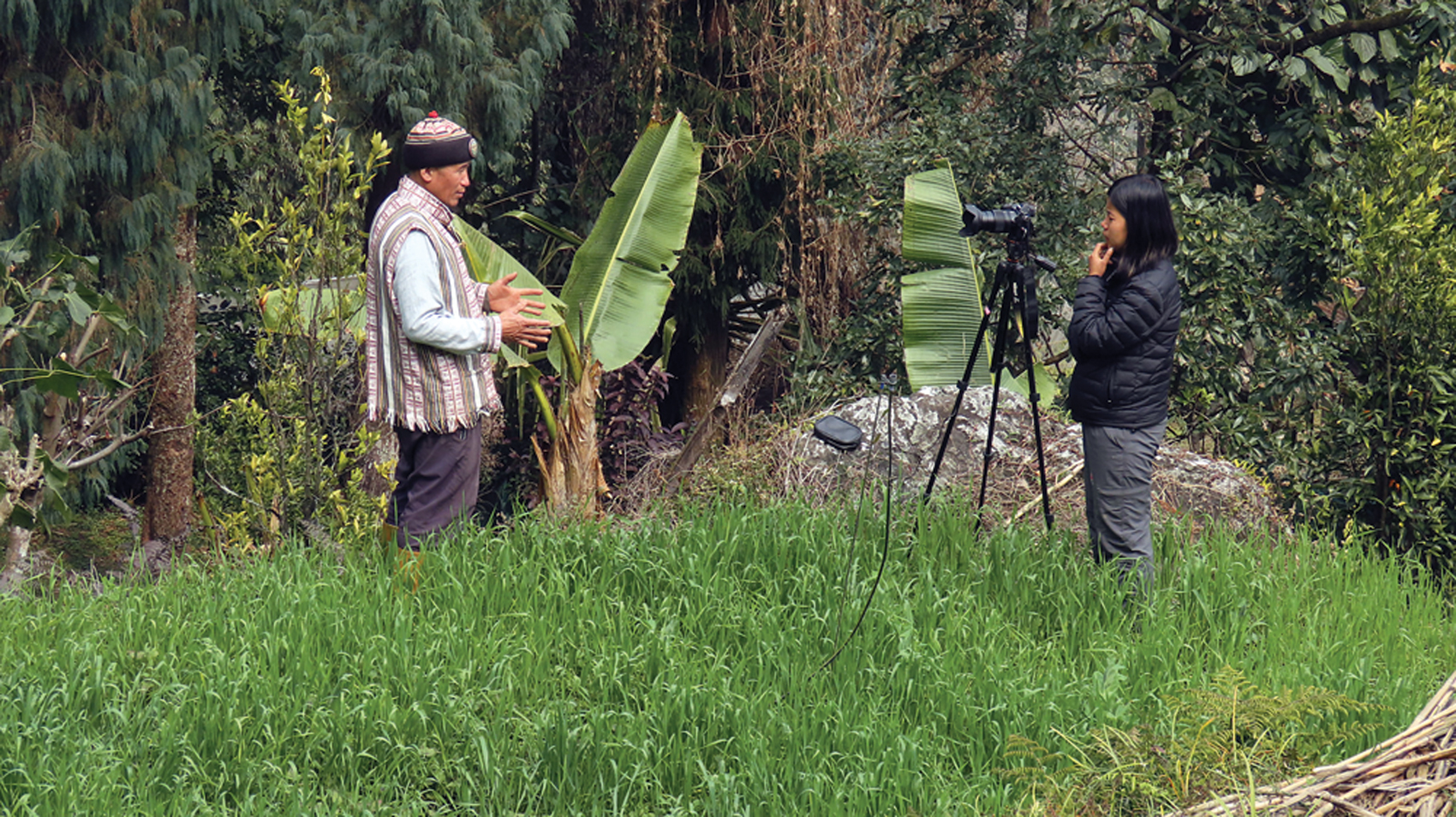 Sheela Lepcha has spent the last three years documenting indigenous systems of the Lepchas, an indigenous group in North Sikkim. She herself grew up in Gangtok, and did not know much about her own community. During the fellowship, having realised the value of video documentation she decided to bridge this gap through the camera. “It has not been that easy. The community took time to consider me as a serious filmmaker. Being a girl does create that perception.”  It has taken her time to gain the trust of the community, but bit by bit she is creating stories as well as learning the language.

Dechin is a Monpa from Zemithang, Arunachal Pradesh. “I feel it is important for women and girls from my community to speak up during meetings about the village especially when we are talking about our land, our wildlife, and our future. Mostly it is the boys and the men,” she says. A Sanctuary Mud on Boots she is working on wildlife conservation projects around the Black-necked Crane and the snow leopard. She is one of the key spokespersons for conservation from her community.

When we look at environmental conservation from ground up, women form a formidable layer of critical knowledge, practice and connect – be it with farming, the forest, water, food, or a household. Yet they remain invisible, and their voices remain unheard. When from within the community, these women pick up cameras, there is a pathway for the narrative to change. 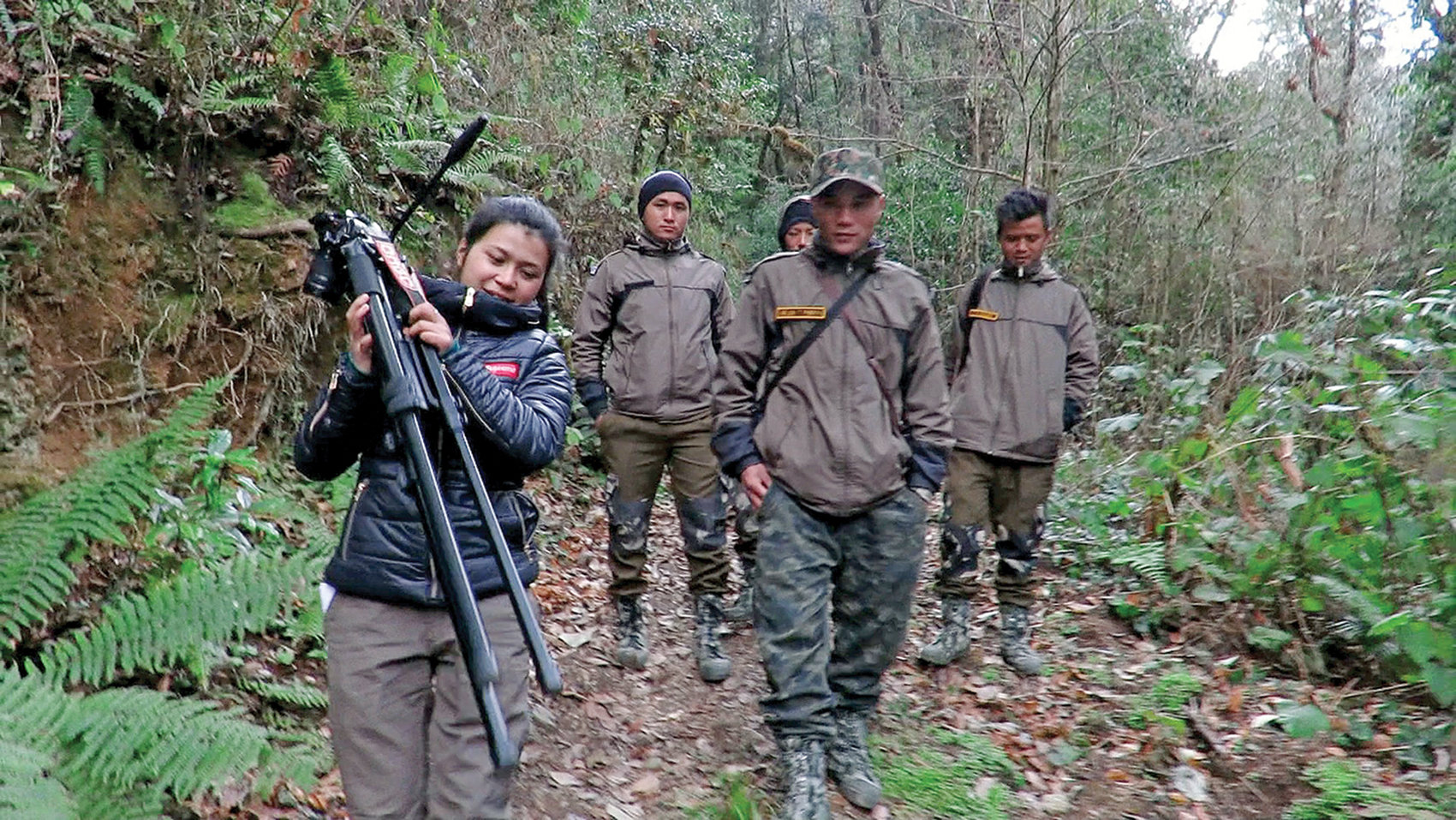 Chajo, Serlibon, Shaleena, Sheela and Dechin are part of a growing group of indigenous filmmakers from the region, who are helping strengthen the dialogue on environment and wildlife conservation. The camera has been a way for them as well, to connect deeper with their own identity, especially as indigenous women. For all of them the one thing that remains common is that women find it much easier to talk to and open up to them. While this is just the beginning, the hope is that they will contribute towards amplifying the voices of indigenous women in the environment; their thoughts and insights in enabling a future that is founded on ecological security.

Rita Banerji is an award-winning wildlife filmmaker, conservationist, youth icon and mentor. An impactful agent of change, she received the Sanctuary Wildlife Service Award in 2020.