Text and photographs by Pranad Patil

‘What’s in a name?’
‘A rose by any other name would still smell the same.’

This may be a philosophical statement with a profound meaning, but in practical life, naming things is essential. When you learn the name of something, you immediately associate all characters of the said thing with its name. For instance, you would not imagine the scent of a rose if I mentioned a marigold to you. One’s name is inseparable from their identity, and so my argument is that names are important.

This fact was driven home recently when I worked on a booklet on the butterflies found in the Kanha region of Madhya Pradesh. Our first task was to create a list of the species, and for this we needed to learn their names. Scientific names are universal; a particular name will always refer to a specific species or a specific group. But they’re usually long, mostly in Latin (a language we don’t understand), quite the tongue twisters, and almost always difficult to memorise. That is why English names have been coined for many species. These are easier to mention in publications and more convenient to form an association with. It may surprise you to learn that the practice of giving English names to organisms started in mid -19th century in India, and with butterflies!

Naming butterflies for their colours is probably the easiest way to go. Names such as ‘grass yellow’ and ‘bushbrown’ are quite self-explanatory. These names not only indicate the butterfly’s colour, but also hint at the habitat they might prefer. But these are groups of butterflies, and not single species. When you dive into the details, finer characters can be used to distinguish individual species, and these can be used in the English names too - such as “three-spot grass yellow” or “dark-branded bushbrown”. This formula of naming has been used in the reverse order as well. Pansies, for example, come in many different colours. So one colour cannot be associated with the entire group. But once a butterfly has been identified to be a pansy, its colour can be used to recognise the species! Blue pansy, grey pansy, yellow pansy… and so on. 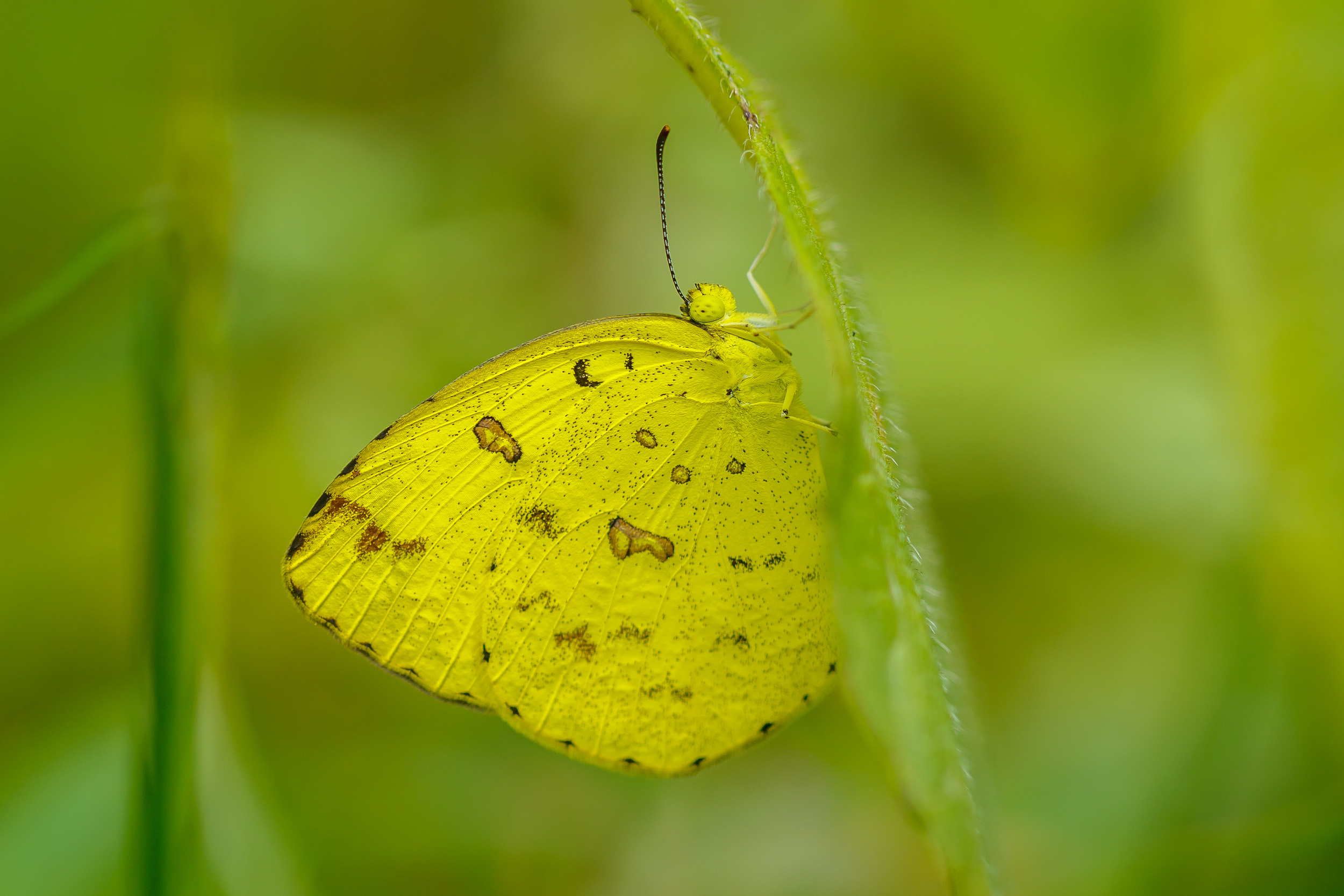 Grass yellow butterflies, such as this common grass yellow Eurema hecabe, are mostly seen fluttering close to the ground in open and grassy areas.

Then again, not all butterfly names based on colour are so obvious. The large oakblue, one of the more common butterflies spotted here in summer, appears drab at first sight. Only when it takes flight or opens its wings to bask in the sun does the shimmering blue on the inner side of the wings become evident. In fact, an entire family of butterflies, Lycaenidae, has been given the name ‘blues and coppers’, as many species have metallic blue or copper colours on the inner side of the wings. The large oakblue belongs to this family. Still, not all species in the family have this feature, and yet the colour gets mentioned in their English name. The common lineblue is an example of this. This tiny butterfly’s wings are mostly pale brown on both sides. A blue shimmer is visible on the inner wings only in some cases!

While using physical features to name butterflies, other features have also be used. The striped tiger sports black and orange striped markings; the spot swordtail features a long, tail-like projection on its rear end; the oakleaf mimics a leaf; the tinsel has a wonderful metallic shine; and the eggfly has egg-shaped markings on its wings. The painted lady on the other hand has been named so simply because it is so pretty.

Going beyond physical traits, certain behaviours of species too aid in their naming. For instance, some butterflies are very picky when it comes to choosing a plant to lay their eggs on. The lime swallowtail, for example, lays eggs exclusively on lime plants. The common castor lays eggs on castor plants, and the pea blue prefers pea plants (and can become a pest in pea plantations). Other species named for their behavioural traits include the common evening brown, which is mostly active in the evening; emigrants and wanderers, which are known to migrate; sailers, which I suppose are named because of their gliding or sailing flight; and skippers, which seem to hop or skip from flower to flower while feeding on nectar! 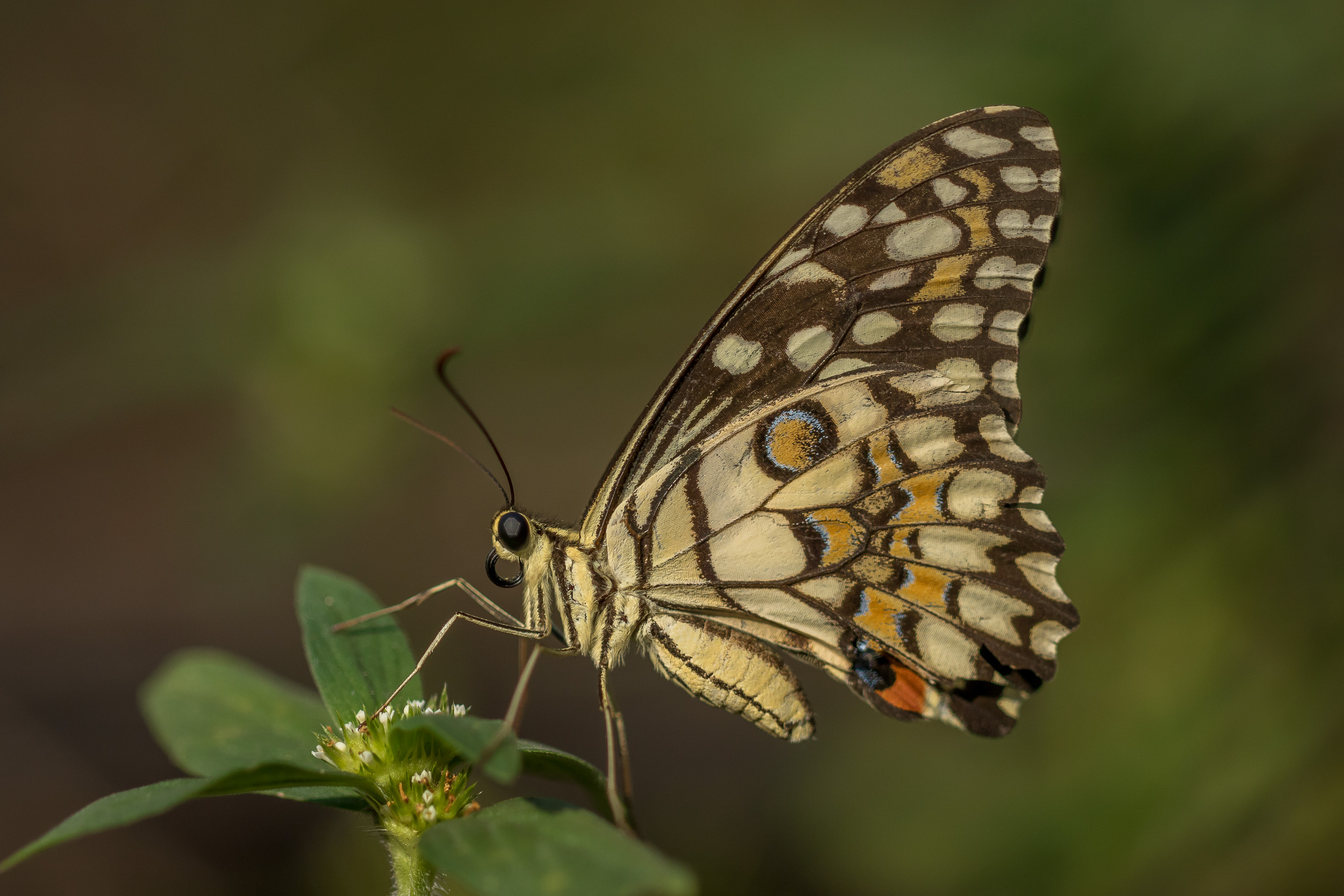 The Lime Swallowtail Papilio demoleus belongs to the swallowtail group of butterflies, despite lacking the tail-like projections on its hindwings. The first part of the name comes from its larval host plant - a lime plant. Many members of this group possess this ‘tail’ on the hindwings that are reminiscent of the elongated tails of the swallows. Hence the English name ‘swallowtail’ for the family.

However when physical features and behavioural traits don’t lend themselves to nomenclature, scientists have had to get creative. How the common mormon got its English name is a very interesting story. The male of the common mormon is seen in only one form - black with a row of white spots. But the female of the species has three different morphs - mostly black, but with variations of white and red spots. It can thus be imagined that the male has three different wives. The name ‘mormon’ is thus an allusion to the Mormon sect in America who practice polygamy.

Now it was while naming butterflies from the Nymphalidae family that I think scientists truly gave free reign to their creativity. Several Nymphalid butterflies have been given royal titles and military ranks! Thus this group has rajahs, nawabs, barons, counts, sergeants, and a commander. This trait probably started as a way to please some ruler or high-ranking military official, but then simply continued as a practice. Although the name ‘nawab’ has a possible sinister reason behind it. It is common to see nawab butterflies on animal faeces, and the name was presumably coined by the British personnel in India as an insult to the Muslim rulers at that time. 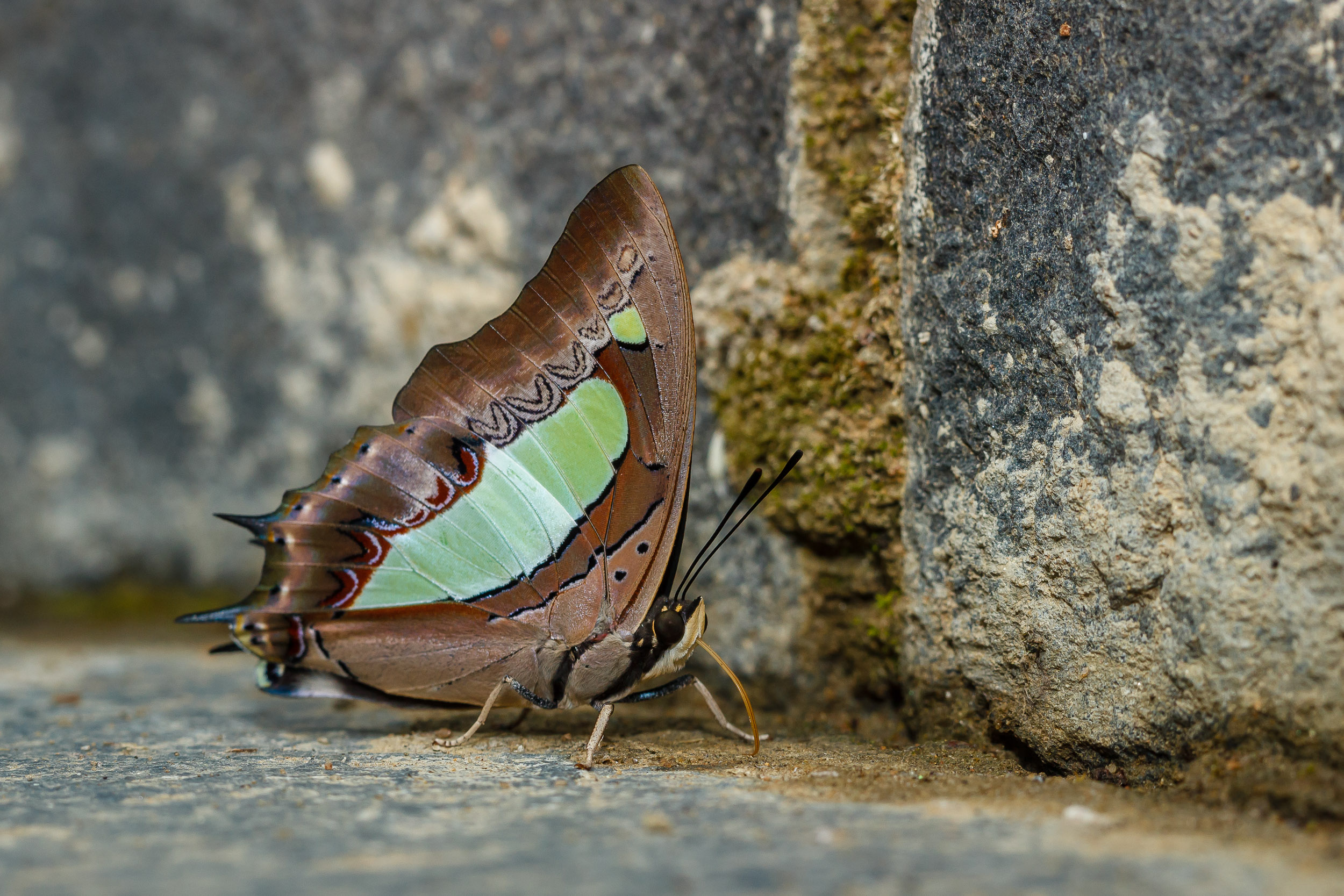 The ‘nawab’ in the name of the Indian nawab Charaxes bharata is a title of royalty used in South Asia. It is comparable to ‘Maharaja’ or western world titles such as Grand Duke and Viceroy. Not so surprisingly, there are butterflies bearing names such as rajahs, dukes, and Viceroy!

The process of learning these amazing and amusing names for our butterfly booklet was not only a lesson in taxonomy, but also an exploration of literary creativity. I personally feel that it is not only because of their beautiful appearance that butterflies draw your attention, but their interesting, and sometimes whimsical names.

Pranad Patil is a naturalist, currently working with a luxury lodge at Kanha Tiger Reserve. He is also an amateur photographer and in his free time writes articles about wildlife for various magazines and blogs. Although interested in all forms of wildlife, it is the smaller fauna that interests him the most.