This video of a lioness with her two cubs was shared by the Wildlife Division, Sasan-Gir on World Lion Day (August 10, 2020)! In 2020, due to the COVID-19 pandemic, the event was celebrated virtually on social and broadcast media.

The Gir forest, home of the Asiatic lion Panthera leo persica, is a unique and vibrant ecosystem located in Saurashtra on India’s western coast. The Asiatic lion was once widely distributed in Asia, covering Mesopotamia, Arabia, Persia and the Indian subcontinent, where it was fairly abundant until the end of the 18th century. The last lion surviving in the wild outside Saurashtra was reported in 1884. Indiscriminate hunting and habitat loss wiped out the Asiatic lion from the rest of India. Timely protection measures by the erstwhile Nawab of Junagadh, provided a respite from hunting. Following the government’s conservation efforts post-independence and people’s support,  a sizable population of these magnificent cats thrive today in the Gir National Park and Wildlife Sanctuary and its surrounds viz. Mitiyala Wildlife Sanctuary, Pania Wildlife Sanctuary, Girnar Wildlife Sanctuary, coastal areas, Savarkundla, Liliya and adjoining areas of Amreli and Bhavnagar Districts, collectively known as the Asiatic Lion Landscape. Presently, 674 individuals are distributed in nine Saurashtra districts, covering a sprawling expanse of ~30,000 sq. km. (as of June 2020). The majestic big cat is re-colonising its lost territories for the past three decades. 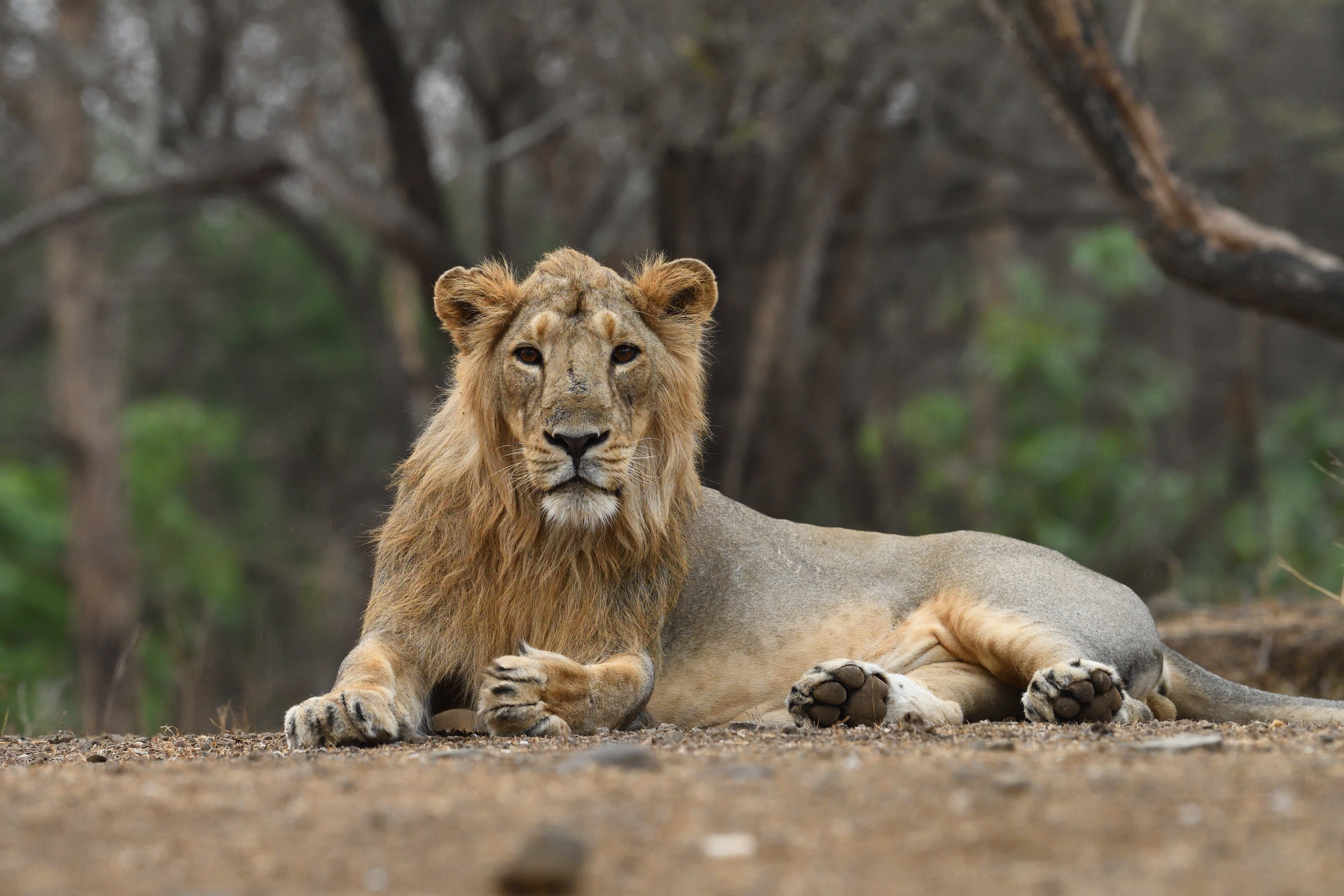 Dedicated conservation efforts including local people’s support led to Asiatic lions being moved from the critically endangered to ‘endangered’ category by the IUCN in 2008. Multiple strategies, including participatory and community-based initiatives to encourage harmony, have contributed to this conservation success story. Over the years, nature education camps, training camps, workshops, seminars, Vanyaprani Mitra, and Samvand Sethu’s have made a huge difference. Since 2016, ‘World Lion Day’ has been celebrated on August 10 to spread awareness about Asiatic lions and strengthen the social fabric of coexistence in the landscape. Besides the Forest Department, the education department, NGOs, eco-clubs, eco-guides, Vanyaprani Mitras, researchers, nature enthusiasts, wildlife/nature lovers, local communities, print and electronic media, have participated in this celebration.

For World Lion Day, the Wildlife Division, Sasan-Gir involve local institutes and schools in conducting a rally.  Participants wear Asiatic lion engraved face masks and the rally route resounds with slogans such as “Hun Gir Saathe Chhu, Hun Sinh Saathe Chhu” (I am with Gir, I am with lion). Pamphlets with information on the Asiatic lion in vernacular languages are distributed. The rally is followed by a small documentary film screening on lions and an informative speech by participants on the importance of lion conservation. Participants then join in a pledge committing to lion conservation.  The Wildlife Division, Sasan-Gir supplies a kit with all the above material for the event.

In 2016, the event was a huge success with 3,048 educational institutions in three districts (Junagadh, Gir-Somnath, Amreli) participating with 5.05 lakh individuals. In 2017, the event was organised in four districts (Junagadh, Gir-Somnath, Amreli, Bhavnagar) with 4,193 institutions with 8.35 lakh participants. In 2018, it was further extended to five districts (Junagadh, Gir-Somnath, Amreli, Bhavnagar, Botad) with a participation of 11.02 lakh individuals. The event gained further support and strength with 5.000 educational institutions and more than a million (11.37 lakh) people participating in 2019. The World Book of Records, London, UK, certified this event for creating a world record on organising a mass awareness event for conservation of a single species at multiple venues in a single day. The previous celebration (2017) was also recognised and recorded in the Asia Book of Records. In 2020, the virtual celebration was appreciated by India’s leaders including the President of India Shri Ram Nath Kovind. The virtual campaign reached more than ~7.5 million people. 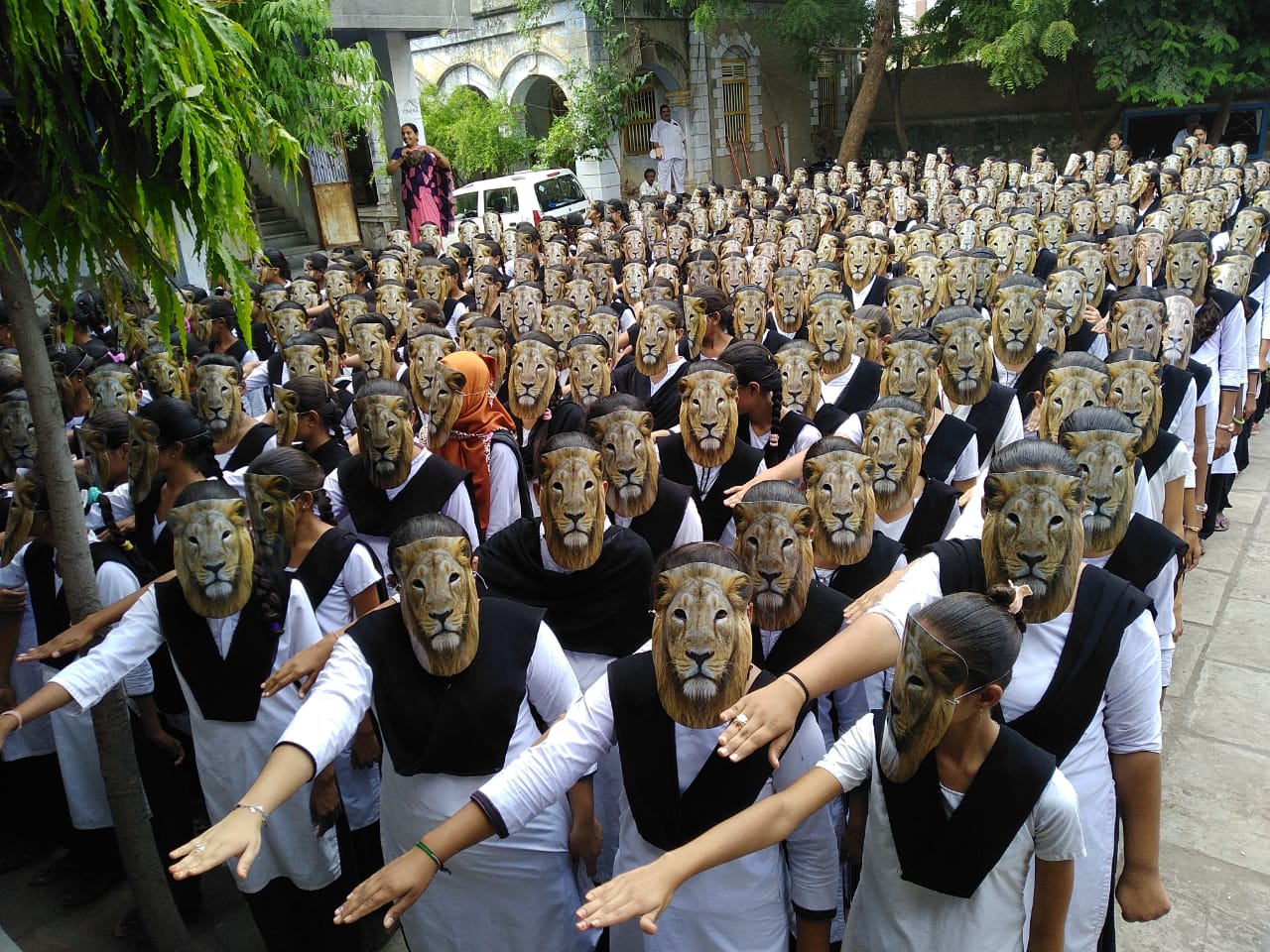 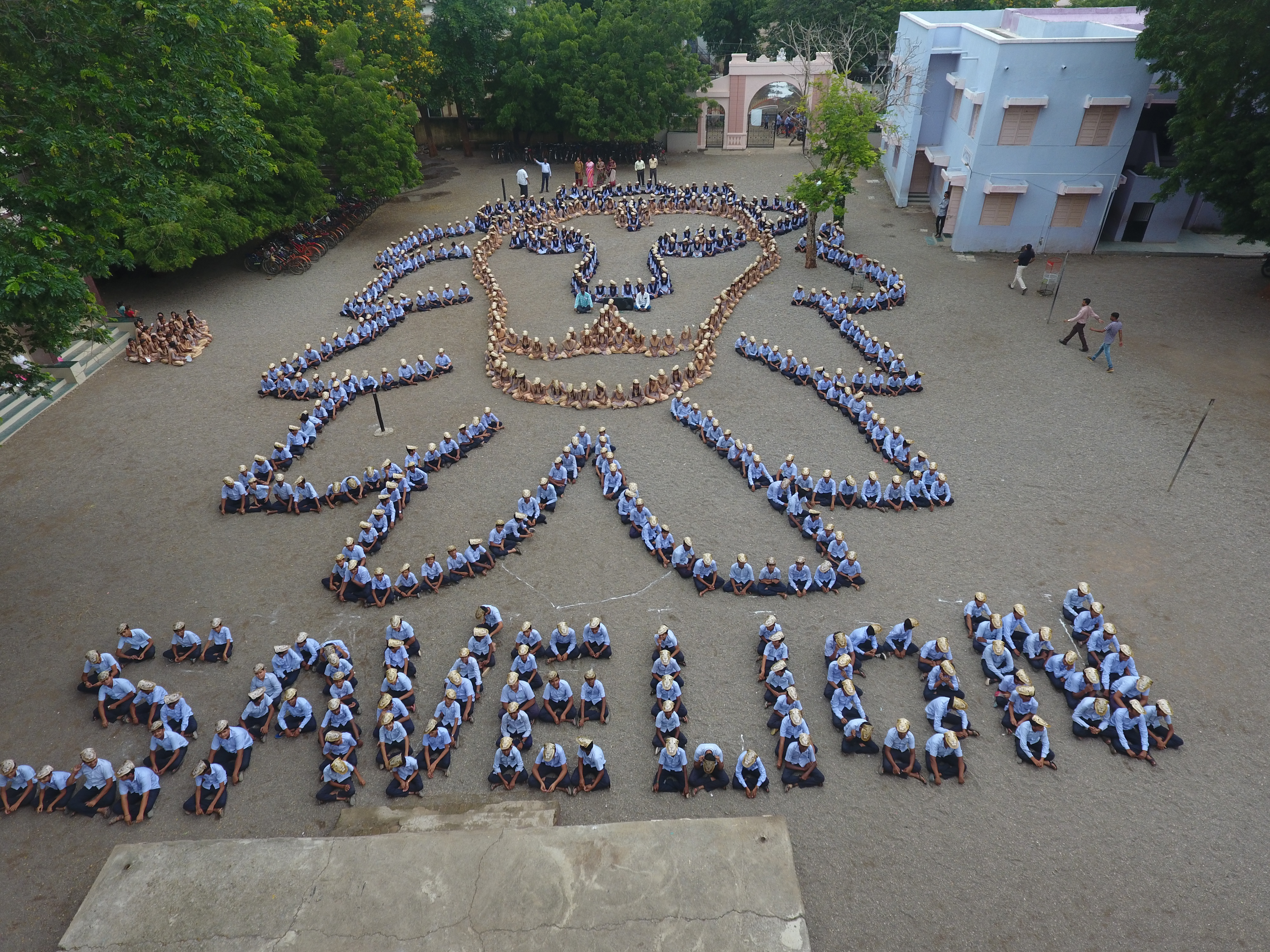